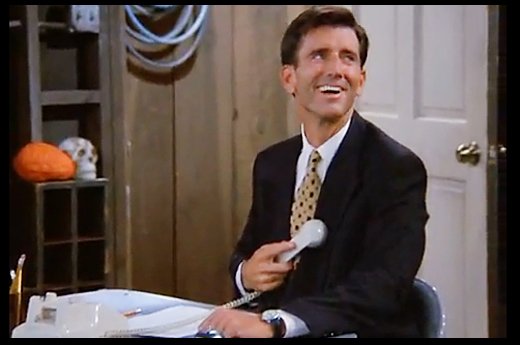 Ardent Seinfeld fans will remember the episode where Frank Costanza hired his son George and a guy named Lloyd Braun to sell computers out of his garage in Queens. It was also the famous “Serenity Now” episode, a phrase that Frank yelled when it turned out that Lloyd (despite all the praise from Estelle Costanza) had not sold any computers (after falsely claiming a number of sales).

I’m always reminded of this episode when I think about the shift in B2B technology marketing over the last decade. When I first got into the business, marketing was thought of as an art form. Marketers worked on messaging and positioning, created awareness, staffed events, enabled the sales force and brought solutions to market. Pipeline and revenue creation was the responsibility of the sales force (either field or inside/telemarketing). With the growth of digital marketing and especially lead management applications, marketing became more science and less art-driven. In technology or sales-driven cultures, any marketing expenditure comes at the expense of either development or sales resources and CMOs fight a constant battle to justify spending and protect their budgets.

So when a metric like the Marketing Qualified Lead (MQL) came along, it was almosr inevitable that it would be viewed as the single most important metric to measure marketing success. As technology marketers got more sophisticated and Lead Management systems matured, MQLs started to soar and you could measure the conversion rates through each step of the sales funnel. So every year when it came time to do strategic planning, you could basically back into the number of  new name MQLs you needed with a simple formula:

But like Lloyd Braun’s apparent sales success, something seemed to good to be true. Unless you are a vendor that operates in a market that is exploding, there really are only a finite number of companies that will even consider buying a solution (from you or a competitor) in a given year. And if all of the major players in a market are running even reasonably sophisticated lead generation and nurture programs, then it’s highly unlikely that a particular vendor can gain a significant competitive advantage through their demand generation efforts. So one of two things happens- either you fail to generate the desired number of MQLs or the conversion rates for closed deals go down. The former is simply a reflection of supply and demand. But changes to the technology buying cycle and the relative influence of marketing activities (subscription required) have driven a lot of usage of marketing content early in the buying cycle and limited interaction with the provider. So even though someone might meet the criteria for an MQL based on demographics and behavior (which has been agreed to by sales leadership), they aren’t ready to buy or issue an RFP and as result, you start to hear a lot of chirping from sales that the leads aren’t “truly qualified.”

So given this reality, what’s the path forward? In a new research note called “Tech Go-to-Market-The Marketing-Qualified Lead Trap and What Marketers Should Measure,” I tackle this issue. While MQLs are still an incredibly important metric to gauge the success of marketing, particularly demand generation, a relentless focus on driving them, particularly at the expense of other marketing efforts, should be avoided. After all, while generating demand (and pipeline) is important, it really only matters if that actually turns into closed deals. With that in mind, technology marketers should focus on three other metrics in addition to MQLs including:

If your marketing team is focused largely on MQLs, it’s neither quick, nor easy to pivot to a more balanced approach, especially since that likely requires a re-allocation or re-investment of resources and attention. A companion note, called “Tech Go-to-Market: Technology Marketers Need to Help Create Revenue, Not Just Leads,” looks at what providers need to do both strategically and organizationally, to be successful in hitting goals tied to these other metrics. I’ll have more discussion on that topic in the next blog post.