Last week I had the pleasure of being invited to speak about my book at the Fusion CIO-CEO Symposium in Madison, Wisconsin. While I have made a few trips to the great state of Wisconsin, this was my first trip to Madison. It snowed while I was there (please see my previous blog post for my unenthusiastic feelings about this year’s winter – the people in Madison felt the same way), but in spite of the snow I greatly enjoyed the visit. It turns out that the nice people of Wisconsin had a few surprises for me.

The first surprise came during the presentation when I asked a question that I often ask of our clients, “What animal would people use to describe you?” In a first, someone shouted out, “honey badger!” much to the amusement of the participants and myself. I had forgotten that the event was being hosted on the campus of the University of Wisconsin, whose mascot is Bucky Badger pictured below. 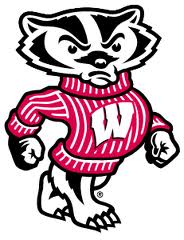 Now, before I get into trouble with my new friends in Madison by wandering too far outside of my wolfy comfort zone, I believe Bucky is an American badger rather than the honey badger of recent social media fame. It seems that folks in Madison have badgers top of mind as well they should. All species of badgers are tough little omnivores (note gruff expression on Bucky above) making them a very appropriate mascot and leadership inspiration.

A second surprise during my visit was when I became aquainted with the concept of “Wisconsin nice” which is a phrase the locals use to describe the culture in the state. I can confirm that everyone from the conference organizers, to the event participants, to the hotel staff and taxi drivers I encountered were all very nice. It is important to note that I was raised on the east coast of the US where we are a bit brusque and tend to find such “nice” behavior rather, well, surprising, but we appreciate it nonetheless.

Many of the questions regarding organizational politics I was asked while in Wisconsin can be summed up as, “can a leader be a badger and be nice at the same time?” So in essence, can they be the tough Machiavellian Wolf as I describe in the book, and still be “nice”, or does one behavior negate the other? This is a question I have heard voiced by clients around the world.

I do believe that a leader can be a nice person and be tough simultaneously. In fact, we need nice people in leadership.

It is a misconception that leaders who do the tough thing or the difficult thing have ice in their veins and do not feel anything and therefore are not nice people. Often, they act because they have a high degree of empathy, and can feel, sense, and understand the potential repercussions of not taking action.

Consider that in many extreme light-side or “nice” cultures for example, people may prefer to avoid saying “no” to one other for fear of being seen as “not nice”. While this is understandable, in IT it can lead sometimes lead to a rather messy, complex set of systems as well as create other risks.

“Nice” cultures are wonderful places to work and live, but when taken to the the extreme, they can sometimes feel out of control or passive aggressive. The light-side participants often quietly appreciate when someone comes in and finds a culturally appropriate way to navigate through the niceities and gain control over the well-intentioned chaos.

Sometimes in extreme light side cultures leaders have to go into the dark and “underground” to find ways of saying “no”, or do the tough thing without actually saying or doing it openly. Did you know that badgers are great diggers, and good at making tunnels to go underground? Nice, smart, badgers…

My third surprise while in Madison was the nicest one.  At the event dinner I had the opportunity to meet two remarkable young men who are participants in a local program called IT Academy, https://ita.wisc.edu/about.php an innovative pre-college program for diverse students in the State of Wisconsin. It is supported by the university and local technology leaders in the community.

The program provides students with mentorship, technology education, and upon acceptance to university, financial support to help them fund the education so critical to achieving their career and personal goals. I have no doubt that the exceptional young men I met will meet their goals, and become great leaders.

And, I never cease to be amazed that with all of the demands and pressures on IT leaders around the world today, you still find so many ways to contribute to your communities and to invest in young people and the future.

Yes, we need nice people in leadership. Nice and tough. And fortunately we have quite a few of them.

Your Improvements on the Wolf Quiz