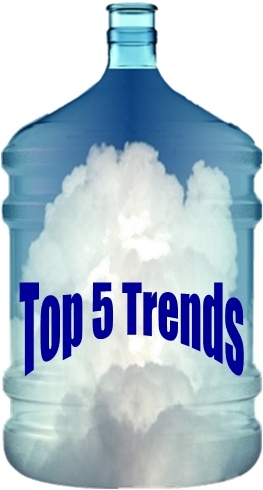 1) Real Deployments: We’ll see about a 10X increase in private cloud deployments in 2012. Enterprises will find where private cloud makes sense, and where it’s completely over-hyped. We’ll see successes – and there will also be a number of failures (we’ve seen some already).

3) Choices Expand: The cloud management platform market is very immature, but there are choices, and four distinct categories are forming up: a) virtualization platforms expanding “up”, b) traditional management vendors expanding “down”, c) open source-centered initiatives (most notably OpenStack), and d) start-ups often focused on Amazon interoperability (and note that Amazon just announced a tighter relationship with Eucalyptus Systems for exactly this).

4) Sourcing Alternatives: While on-premises private clouds are becoming the most common, there’s a growing interest in private clouds managed by service providers – but with varying levels of “privacy”, and understanding that is critical.

5) Value is Shifting: Many enterprises have assumed that the primary benefit of private cloud is lower costs. That’s changing. According to recent polls, the majority of large enterprises consider speed and agility to be the primary benefit. This is making private cloud decisions more sophisticated, based more on understanding business requirements. Enterprises engaged in private cloud projects to reduce their costs will usually fail to meet objectives, as well as miss the mark on potential business benefits.

2012 will be the year that private cloud moves from market hype to many pilot and mainstream deployments. So much will be happening in 2012 that winners and losers in the vendor sweepstakes will probably be pretty clear by year-end 2012, and certainly by year-end 2013. Also, enterprises are rushing so fast that there will be casualties along the way. Staying on top of best practices and learning from early adopters is a must.