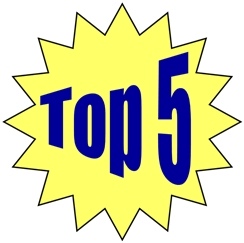 1) Competitive Choices Mature: Imagine how the virtualization market would be different if the server virtualization trend was starting today. VMware’s competition has greatly improved in the past few years, and price is becoming a big differentiator. Enterprises that have not yet started to virtualize (and they exist, but tend to be small) have real choices today.

2) Second Sourcing Grows: Existing VMware users may not be migrating away from VMware, but they’re concerned with costs and potential lock-in. A growing number of enterprises are pursuing a strategy of “second sourcing” – deploying a different virtualization technology in a separate part of the organization. Heterogeneous virtualization management is mostly aspirational, although there is interest.

4) Penetration and Saturation: Virtualization hitting 50% penetration. Competition and new, small customers driving down prices. The market is growing, but not like it used to, and vendor behavior will change significantly because of it. And don’t forget the impact on server vendors – the next few years will prove to be a challenge until virtualization slows down.

5) Cloud Service Providers Are Placing Bets: IaaS vendors can’t ignore the virtualization that is taking place in enterprises. Creating an on-ramp to their offerings is critical, which means placing bets – should they create their own standards (perhaps limited their appeal), buy into the virtualization software used by enterprises (perhaps commoditizing themselves), or build/buy software that improves interoperability (which may or may not work well)? Not an easy choice, and winners and losers will being determined.

Maturity for the server virtualization market doesn’t mean that it stabilizes – if anything, trends in this market point to continued change and even some turmoil. Enterprises and vendors need to stay on their toes.