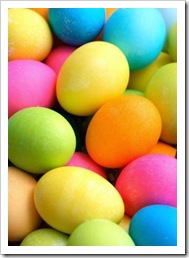 On May 17, 2011, HP, IBM, Intel and Red Hat (as governing members) joined BMC Software, Eucalyptus Systems and Suse to announce the “Open Virtualization Alliance”, or OVA (which means “eggs” in Latin, right?). Their stated purposes include “increase overall awareness” of KVM, “accelerate the emergence of an ecosystem” around KVM, and so on.

Sure, the server virtualization market is in dire need of good competition, no doubt about that. In fact, it needed competition ten years ago.

So what’s wrong with open source? Nothing! Xen was introduced in 2003, a mere two years after VMware introduced ESX Server. Xen is widely used – especially by service providers (such as Amazon’s EC2). Citrix XenServer and Oracle VM are based on open source Xen. Wait a minute – this alliance isn’t about Xen, it’s about KVM, right?

That’s concern number one. I have no issues with KVM – except it’s very late to the market. What KVM is really, really good at is what was really interesting a few years ago, both to enterprises and service providers. What they aren’t so good at – ready-made and rich management and automation tools – is what customers need today (and service providers want to tap into an installed base of enterprise customers). So, “accelerating the emergence of an ecosystem” to me is a sad place to start today in a market that has been growing and evolving rapidly over the past ten years. Especially because this alliance helps to further fragment the open source response to VMware. Is VMware cheering this on?

No doubt, this little hypervisor concept has launched a huge trend toward infrastructure modernization, private and hybrid cloud computing. And HP and IBM have been somewhat on the outside looking in. Yes, they missed having a leadership role in a critical trend, and it is a dangerous one to miss, given it’s viral and mutating nature in all things infrastructure.

So, what do we make of OVA? Back to the egg reference – Mark Twain said “Noise proves nothing. Often a hen who has merely laid an egg cackles as if she laid an asteroid.”

Marketing and alliances and rhetorical use of “open” and “standard” all prove nothing. Let’s see some execution, some fire, some innovation. Show me a sense of urgency, some leadership. Not just about hypervisors and hypervisor ecosystems, and not just about catching up – but leaping ahead. Show me a rocket, and prove that there’s an asteroid out there.

Thoughts on Mark Twain and the Open Virtualization Alliance