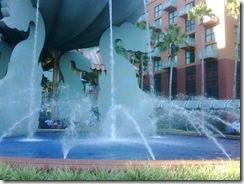 My first presentation at Symposium 2010 was “Server Virtualization: From Virtual Machines to Private Clouds.” Attendance was crazy – the large room was packed, people were standing at the back, and apparently a few dozen were turned away at the door. This proves that server virtualization is not only a hot topic, it’s getting hotter right now (one stat I mentioned was that more virtual machines would be deployed during 2011 than 2001 through 2009 combined).

I started the presentation with some fundamental changes in server virtualization since I presented a year ago.

1) Virtual machine penetration has increased 50% in the last year. We believe that nearly 30% of all workloads running on x86 architecture servers are now running on virtual machines.

3) Hyper-V is under-performing. Maybe my expectations were too high, but Hyper-V has not grabbed as much market share as I was predicting. I especially thought that Microsoft would be the big beneficiary of midmarket virtualization. Surveys show otherwise – VMware is doing pretty well there. Here’s a theory. Clients repeatedly told us that live migration was a big hole in Microsoft’s offering – even for midmarket customers (to reduce planned downtime managing the parent OS). Microsoft’s Hyper-V R2 (with live migration) came out 8/2009. Was that too late? Did the economy put pressure on midsized enterprises to virtualize early, before Hyper-V R2 was proven in the market? Or did VMware just have too much mindshare?

4) Private clouds are the buzz. Every major vendor on the planet who sells infrastructure stuff has a private cloud story today. In the last year, the marketing, product announcements and acquisitions have been mind-numbing. Some of this is clearly cloudwashing (“old stuff, new name”), but we’ve seen a number of smart start-ups captured by big vendors, and important product rollouts (notably VMware’s vCloud Director). Now the question is – what will the market buy?

5) IaaS Providers Shifting to Commercial VMs. IaaS (infrastructure as a service) providers have focused on open source and internal technologies to deliver solutions at the lowest possible cost. But that’s changing. In the past year, there’s been a rapidly growing trend for IaaS providers to add support for major commercial VM formats – especially VMware, but also Hyper-V and XenServer. The reason? To create an easy on-ramp for enterprises. As enteprises virtualize (and in many cases, build private clouds), the IaaS providers know that they need to make interoperability, hybrid, overdrafting, migration as easy as possible. The question is whether that will require commercial offerings (such as VMware’s vCloud Datacenter Services, or Microsoft Dynamic Datacenter Alliance), or if conversion tools will be good enough. I tend to think that service providers better make the off-premises experience as identical to the on-premises experience as possible – and I’m not sure conversion will get them there.