Few organizations that I talk to seem to understand the strategic ramifications of server virtualization. They tend to think about cost-cutting – virtualization simply as a form of efficient consolidation. We’ve surveyed our clients – those starting out on virtualization say they are doing it to save money. They are thinking tactically. 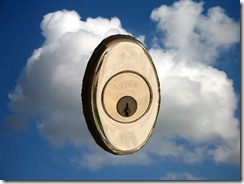 Even our surveys show that organizations who are well on their way toward virtualization change their points of view – flexibility, agility, speed move to the top of the list.

What is virtualization doing to these people? There are at least five things that virtualization does to unlock the door to cloud computing, and push organizations faster in that direction:

1) Enables economies of scale: This is one way cloud providers squeeze their costs in order to make money. Enterprises can do it too!

2) Decouples users from implementation: It’s amazing to me how many business units are closet server huggers. They like to stipulate how their software is deployed. They like to know where the server is located. They don’t like to share! Virtualization forces the relationship to change from a specific implementation, to service level agreements. It also makes it possible to choose alternate sourcing – because if the customer relationship is services, IT can choose how the implementation is sourced.

3) Speed, flexibility, agility: Early adopters of cloud computing talk about how quickly they can get new servers online. Compared to the 4-6 weeks it takes an average IT shop to deploy a server, just about anything is faster. However, virtual machines can be deployed roughly 30 times faster. It doesn’t take a cloud to improve speed. And, of course, operational processes and management tools need to change to deal with speed. And speed changes business expectations and behavior – it changes culture.

4) Breaks software pricing and licensing: You can’t charge users for physical capacity when only a small portion of that is used. You can’t charge users for every potential server the software might be running on. You’ve got to charge and license based on some kind of usage model. Of course, you can charge whatever you want until users get smart, but change is inevitable.

5) Enables, motivates chargeback: When servers can be delivered in minutes rather than weeks, IT users ask for more – roughly two times as much, based on feedback from our clients. The natural barrier is gone. Unless there is a cost, a friction, associated with a server deployment, how do we make good business decisions? IT needs to focus more on usage accounting, and chargeback is growing as a mechanism to manage virtual capacity usage.

Economies of scale, shifting users to a services-oriented relationship, delivering much faster, forcing software prices to align with usage, charging business units based on usage. Sounds like cloud computing to me.

The thing is, most major IT vendors (not all) get this. Why do they care? The time to influence an enterprise’s cloud choices, software architectures, management architectures for the cloud, standards, are when organizations are virtualizing. So is cloud computing on your strategic plan? It may not be on yours, but it certainly is the plan the major virtualization vendors have for you! Be proactive, take charge of your own on-ramp to the cloud, or get taken!