I’m sure I could come up with more than four, but let’s throw a few out there that I continue to hear from people trying to understand the phenomenon. Don’t misunderstand my intention here – I believe cloud computing will be huge, especially for commodity services, especially for small businesses and start-ups, especially for new and innovative applications that will leverage massive scale and low barrier to entry. But…

Myth: There will be a “big switch”
Fact: There will be a slow migration (including development of private cloud services), the migration will take decades, and even then quite a bit of IT will stay in-house; in fact, most of the interesting stuff will be hybrid models, long-term. 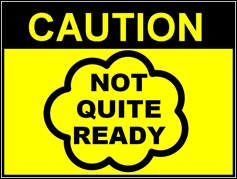 In many ways, the invention of AC was like the invention of the Internet. So why hasn’t computing across the Internet replaced enterprise computing yet? In IT, the “distribution” mechanism has been in existence for more than a decade. What’s really changed are technologies that enable economies of scale and sharing. We should not ignore the fact that enterprises can gain some economies of scale themselves, internally, for example, through virtualization – and enterprises aren’t ignoring it. The evolution toward cloud computing is a multi-variable equation, and does not have an inevitable conversion of everything to cloud services.

Myth: Cloud computing is just an evolution of “fill in the blank”
Fact: Cloud computing did not appear out of nowhere. Some say it is just the next version of outsourcing. Some say the next version of the web. Some say the natural evolution of virtualization. I say it’s all the above. The web created the standards and connectivity needed to make cloud computing possible. But, economies of scale do not occur unless you have technologies at the back-end that enable efficient technology sharing – multitenant applications, virtual machines, parallel programming mechanisms, automation, etc. Sprinkle in a growing demand for speed in the marketplace, and the industrialization of IT (including increased commoditization of hardware and open source), and cloud computing – has been evolving for years. And still has a ways to go.

And be careful – cloud computing services are not always cheaper. Providers gotta make a living. Amazon’s recent introduction of Reserved Instances was both to help Amazon plan and manage capacity, and to lower the price to compare better when workloads are not dramatically elastic. There’s a reason that some startups born on Amazon created their own data centers as they got bigger and their businesses became more predictable.