Four years ago this week I presented a session at the Gartner ITAM, Finance and Procurement summit reference the vendor driven push to subscription license models,  quoting both Mark Twain and Monty Python, pointing to the ongoing availability of perpetual models. In 2020, changes afoot can no longer described ‘Tis but a scratch’ even The Black Night may admit the perpetual horizon is drawing closer for Workplace software offerings amid a seemingly inevitable switch to subscription!

Earlier this year Citrix announced a retirement of perpetual licensing programs for a series of products to take effect at the end of this quarter. Citrix is a broadly utilized workplace solution, arguably more significant however is the announcement this week that Microsoft will be releasing 2021 editions of its on premises Office server applications in a subscription only model.

Exchange Server, SharePoint Server, Skype for Business Server and Project Server will be available in the second half of 2021, and are only available with the purchase of a subscription license

Organizations remaining in an on premises model will thus find that migrating to new editions will likely require transition from license only or software assurance renewals to subscriptions. What this means for organizations already licensed via software assurance past the release date of the 2021 editions is not clear as yet, with only the briefest of announcements at Ignite and no FAQ currently linked from the announcement. 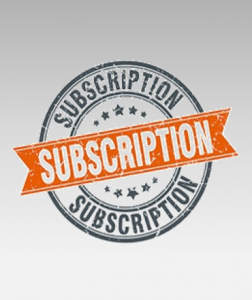 Whilst legacy on premises environments are in most markets the minority, this move is another step by Microsoft in making use of on premises editions less attractive in comparison to their priority Office 365 and Microsoft 365 offerings – having previously increased on premises license costs for Office products with the release of the 2019 Editions in October 2018.
Microsoft had previously flagged that Office on premises would have a new version released on the same time scale and in the same post Microsoft confirmed this week that will proceed. Microsoft also confirmed organizations continuing to use this mode of Office will have access to a perpetual licensed version.