Microsoft’s annual partner conference is the principal vehicle and milestone for Microsoft to kick off it’s new financial year. Accordingly changes to commercial offers, approaches and structure are typically key messages from the event. 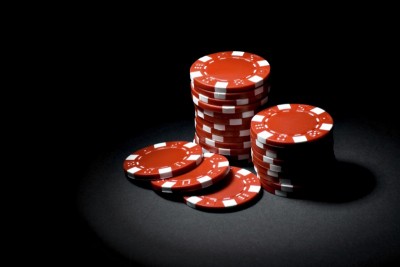 Yesterday’s pre-event announcements were mostly product oriented, however, there were some commercial elements.

Microsoft announced that Teams will now include a free version for up to 300 people to use, this ‘Freemium’ approach is similar to that of Slack and is arguably the most accessible on-ramp to using Office 365. Notably a stand-alone edition of Teams has not been announced meaning that ton-ramp leads to full bundles of Office 365 as matters stand.

Whilst the free version of Microsoft Teams might be considered a matching option to content with advantage Slack had by providing such an offer, what Slack offers in commercials arguably goes beyond the free on-ramp. That being the Slack Standard and Plus offers being billed on an Active User basis.

This metered by usage characteristic is one of the core principals of cloud computing often missing from SaaS. Consider that in any given month a large percentage of licensed users potentially don’t access the collaboration service (for a variety of reasons), by metering usage and billing on that basis any SaaS provider can offer it’s clients lower TCO. Whilst the new free version of  Microsoft Teams is potentially worthy of headlines, and may be useful for many, the commercial comparisons shouldn’t stop there

Having quietly retired Premium Assurance in February, with a move that further boots Azure subscriptions, yesterday Microsoft announced migrating SQL and Win Server 2008 workloads to Azure will enable three years of further extended support. There are  notable factors that may apply to will and desire to follow Microsoft’s desired path however. Firstly, shifting workloads to Azure may be less feasible for many than others. Secondly, certainly organizations may bypass a costly custom support contract but will ultimately still be paying for Software Assurance, plus the necessary Azure subscriptions.

Providing a route to access extended support delivers an answer to what was due to become a question increasingly asked, as the end of life dates approached. Whilst the concept of being always up to date is top of mind with vendors in certain use cases it may be far from a consideration for many clients. The tack taken with Premium Assurance lacked buy in, due to the extent of up-front commitment it demanded, hence Microsoft chose to fail fast with that offering.

Using incremental Azure subscription revenue as the means to fund additional support efforts aligns 100% with Microsoft’s key performance goal of cloud subscription revenue growth, and makes perfect sense for the vendor, but how usable and practical will it prove for clients?

Also available this week (announced in May) are subscriptions to both SQL and Windows Server in Microsoft’s Cloud Solution Provider (CSP) model. What’s potentially most significant is that CSP has been largely geared to cloud offerings, and this represents a step to broaden access to software which can be used on premises through Microsoft’s lead cloud licensing programme for SME.

Subscriptions to these products aren’t new and have been available for larger organizations though the Server and Cloud Enrollment of an EA for example, including Hybrid Benefit for use on Azure on a BYOL basis.

Subscriptions for Azure , however, represent a reversal of Microsoft’s prior approach, whereby they are oriented to use on Azure with rights to run on premises included. Not all rights to use typically associated with Software Assurance are available though (as is the case for Windows Enterprise (desktop) also available in CSP), so beware of considering the offer a simplification and be prepared to consult an expert before making a commitment.