by Stephen White  |  March 14, 2017  |  Comments Off on Evolution of Microsoft Licensing Programmes

Last month, having completed a breakfast briefing to a set of European clients, I was approached with a question which began ‘I’ve heard a rumour ….’

In a discipline where the ‘devil is in the detail’, most inquiries focus on the intricacies, quirks and nuances of what can often appear opaque and complex. Thankfully however, a number of queries are oriented to the bigger picture, addressing the macro level rather than minutia.

This particular question could have been asked in open forum, and on another day or in other cultures it may have been. But the approach of the audience on this day was somewhat reserved, yet quite direct 1:1.

I was being asked about the potential end to a licensing programme, a request that has been repeated several times recently. Here is an opinion about the scenario in play

Microsoft volume licensing was born in the ‘90s, in an era where Microsoft’s business expanded vastly, and began to take shape in a fashion similar to that which it exists today. Internal licensing systems within Microsoft have been through modernization efforts and licensing programmes tweaked, most visible indication of which being ongoing retirement of Select Plus and replacement by MPSA (in effect the front end to a new internal licensing system in Redmond).

Following MPSA being developed, Microsoft created and introduced their CSP model. An online services subscription programme that enables Microsoft to use managed service providers and hosters as resellers and administrators of Microsoft cloud services. In so doing broadening the channel through which Microsoft takes its online services to market.

So as of today, whilst CSP is operational, so are MPSA and Select Plus as well as the EA (the prime go to market licensing vehicle), SMB aligned Open licensing and Microsoft’s Direct Online Subscription Programme. In effect that is five different programmes for online services and four for conventional software licensing! 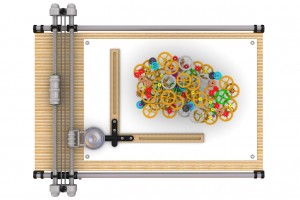 In July 2016, Microsoft COO Kevin Turner departed for pastures new, at which time I posed the question, what impact might that have on clients. A number of key functions have new leadership within Microsoft, including sales, pricing and licensing. With a change in leadership, often change in direction follows.

Since then we have seen Microsoft reverse the decision to release a new form of EA on the MPSA platform and remove Azure services offerings from MPSA. The latter being contrary to the overall cloud first approach that prevails. Collectively these two announcements may be enough to question the future of MPSA. Now Microsoft partners are communicating that online services offerings in MPSA will be trimmed further still as of April 1st.

So what of the future state?

It appears likely at least that the EA vehicle of today, similar to that of the last 20 years, will remain on a pedestal as the prime licensing method for enterprises for some time at least. For tactical, transactional and small requirements a reshuffle of programmes and options is likely to continue, with programmes rationalized.

In the immediate term EA, Select Plus, MPSA, CSP and Open co-exist as alternatives. In line with recent developments and continuing updates it is fair to expect programmatic shift and consolidation to create fewer models in the medium term. In the interim those charged with licensing responsibility should be alert to potential for change, but may be pleased that a consolidation of offers may indeed reduce some Microsoft licensing complexity.