Picture this recent one-on-one with my manager.

What followed was the usual frenzied conversation between two loyal fans of one of HBO’s best produced programs of all time (also known as GOT).

GOT fans range from cult (one of my neighbors wants to name her children after GOT characters) to fans that simply appreciate what the producers of this show do really well:

Masterful storytelling.  Stories keep us engaged when its characters are put in situations that have impact on their lives and those around them. If there’s no impact, there’s no story. And – as any screenwriter will tell you – turn up the impact to turn up the drama.  GOT impact?  Sure you do. Your prospects face daily situations that impact a multitude of things, including their careers.  How does the business case for your product play into that impact? That’s a story.

Unpredictable plotlines. Even GOT’s most astute fans failed to predict the end of its lead character, Ned Stark. Unpredictable situations create more impact scenarios, which in turn drive new subplots. GOT writers develop wonderful subplots,  while sustaining the primary story (the eternal struggle amongst the seven kingdoms).   Brand managers do the same thing. As colleague Jennifer Beck reminds us all the time:  a brand should be timeless.  High performing brands accommodate unpredictable shifts in the marketplace while sustaining their eternal value proposition.

Empathy. This is one of the oldest storytelling tactics of all time of course. Stories with no relatable characters won’t keep anyone engaged for long. The character doesn’t even have to represent something the audience has personally experienced or will ever experience. It just needs to be real.  One of IBM’s best 30 second spots shows us a French baker – whose use of predictive analytics tells her what to sell – and when. For example, when it rains, people buy more cake. When temperatures rise, bellini sales go up. Knowing what to sell and when –  has reduced her cost of unsold goods by the thousands (which in turn, has boosted the profitability of her European bakeries by 20%). At the end of the day, our baker gets an emotional rush at the sight of those empty shelves. It’s a great use of storytelling to quickly (and simply) communicate how predictive analytics work.

Conflict:  This is a “must have” attribute of any story. I learned this when I interviewed Hollywood screen writers for my research on how to craft memorable stories.  Conflict is plentiful in Game of Thrones. In fact there’s so much conflict, characters find themselves struggling to prioritize which conflicts must be addressed right now, which can wait (but not for long) and which just need to be carefully monitored.  It’s not unlike what your customers experience everyday.

Stunning visuals:  One of GOT’s biggest differentiators in today’s highly competitive lineup of television programming, is the visual extravaganza it presents every week. Visual storytelling is a powerful marketing technique, because your buyers think in pictures.  Buyers remember stories that are told in the same vein with how they process information. This doesn’t mean you need a multimillion dollar GOT budget to create good visuals. Often a simple infographic communicates your point far more effectively than fives pages of web copy.

I could draw more parallels between GOT producers and marketers  – but the single, most important commonality comes down to telling a good story, using techniques known to work (including fine writing). But try not to program your stories into a standard, predictable template. Exercise your own creativity to mix things up. Conflict can be introduced immediately, toward the middle or inserted at the end of the story to build a climatic, memorable finish. Empathy can be blatant or subtle. Many black and white visuals are as stunning as their color counterparts.  In fact, the creative part of storytelling is brainstorming how you’ll use these tools in unpredictable ways.

Game of Thrones’ Margaery  wondering how long her marriage to Joffrey will last …. 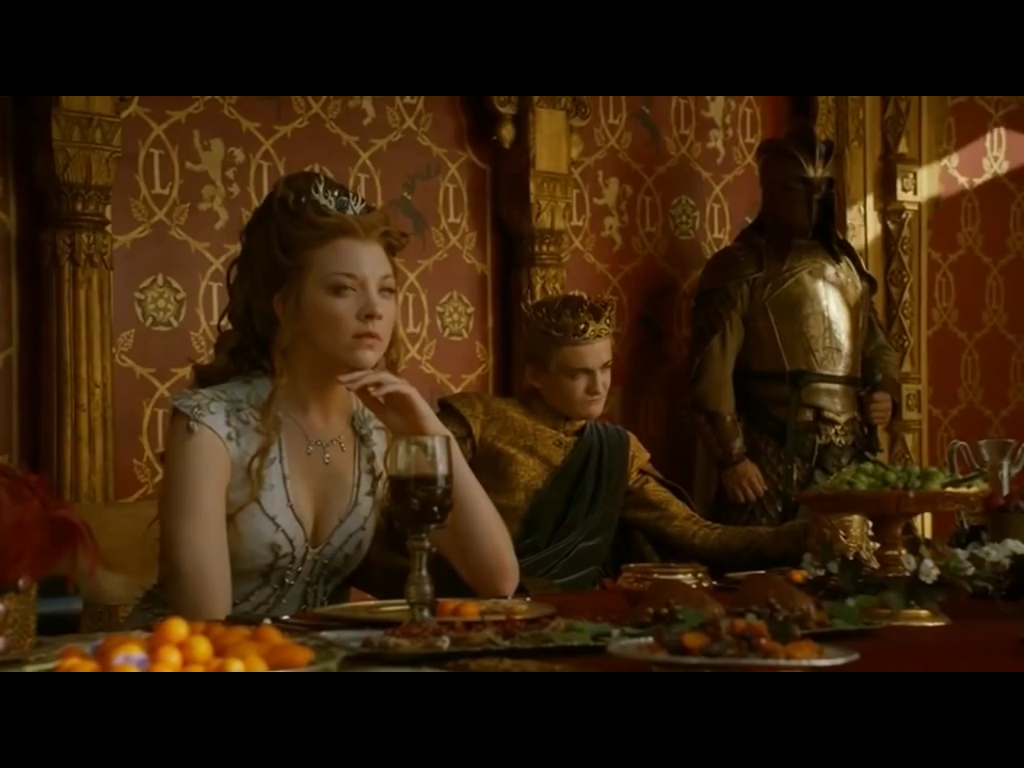 Do We Really Need all These People? When Less is More.

In this complimentary video discussion webinar, a panel of Gartner...

Gartners annual Digital Leadership Academy is an annual conference which...