Blockchain technologies are evolving rapidly, but are still not ready for mission-critical enterprise applications that need high performance. Curious enterprises that start to investigate quickly come to realize that and wonder if they should shelve blockchain initiatives for now in favour of other technology initiatives where the technology is more mature. Since there is always more work than you have time and money to spare – why bother with something that is not fully ready is the rationale. There is some merit in that argument for projects where you are considering blockchain as an alternative for a given problem today for incremental improvement. But you must be careful as stepping away fully from blockchain can make you lose sight of innovative applications of blockchain that will occur and can have consequences for you. 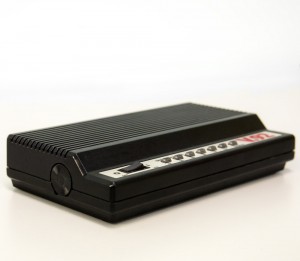 If investing too early can risk losing the investment if the technology is not ready, investing too late can risk losing a market because someone else has already captured the market. A third alternative is to plan your investment based on a future reality – i.e. what are some things that are most likely to occur in the future. We may not know everything about the future, but we are fairly confident of a few. We can say with a good level of certainty that computing, storage and connectivity will be much cheaper in the future. Further, we can expect more use of technology and availability of data. And we can expect blockchain technologies to get better.

So, the question is not how can you use blockchain today, but rather how can blockchain’s capabilities fit in such a future reality and what opportunities will that open up. Some of us can still remember the frustratingly slow internet and the 28.8 kbps modems that were part of the internet era in mid 1990s. Amazon emerged then to initially build a bookstore and then sell everything else. They did not build their giant eCommerce market after the internet become blazingly fast, but along with the growth in internet speeds. They continued to invest while expecting technology to get better. Netflix invested in the internet initially for a DVD rental storefront, but as the performance increased, they made more use of it by streaming content.

Companies such as Amazon and Netflix bet on certain inevitable truths about the future. For companies in the blockchain era, the question becomes what are things about technology proliferation and blockchain technologies that we are fairly confident will occur and how will that shape the future. More importantly, we need to ask how one can allow for such a future in the plan for today’s investments rather than only looking at the current state of technology.