There are no patriotic reasons behind reshoring, although today, many politicians are trying to navigate this ongoing wave. The real reason why so many companies – including Apple, Caterpillar, and Intel – have reshored some production back to their home countries is because they want to be closer to their customers.

Last year, one of our community members from the CPG industry asked me: “Where is the next China?” In response, I turned the question and the conversation into a more strategic one: “How do you make a long-term, sustainable impact on manufacturing footprint strategies?”

To reinforce this, I talked to them about Lego, which, unlike most other firms, didn’t race off to build low-cost production capacity. Its local-for-local manufacturing footprint strategy comprises production facilities close to core markets to secure short lead times and to offer world-class service to consumers.

Lego serves the US market from Mexico and is now setting up in China to serve the Chinese domestic market. Its largest manufacturing plant is in high-wage Denmark. To afford this, it leverages cutting-edge automation. If you can’t achieve low-cost labour arbitrage, then automate.

With the dramatic increase in labour costs in many traditionally low-cost countries like China, the business case for offshoring is less obvious than it has been before. Data from our Future of Manufacturing report shows that, over the next few years, the majority of organisations think they’re unlikely to increase sourcing from lower labour-cost countries.

More than half of these organisations are planning to reshore at least some of their production capacity. And the most compelling reasons for doing so are to gain market access, proximity to demand and R&D.

One of these companies is Under Armour, which is aiming to manufacture apparel and footwear goods back in the United States. The company believes that local-for-local manufacturing will drive growth with better products and a more efficient supply chain. It’s currently staffing an advanced manufacturing innovation facility in the US to investigate new production models and technologies.

Walmart is on the same wavelength. Its consumer survey says that the ‘made in USA’ label is a strong driver of purchase decisions – second only to price. As local products are perceived to have higher quality, the company has promised to purchase $250 billion in American-made products by 2023 and has launched a US Manufacturing Innovation Fund to help revitalise US manufacturing.

Last December, a controversial report on reshoring was released by A.T. Kearney, which contradicted the findings of its previous reports. It stated that reshoring may be already over. I don’t think so! Reshoring is a long-term strategy; it’s not something that can change year after year. Also, ATK tries to measure reshoring indirectly by gauging changes in imports of offshore manufactured goods.

Instead, we should measure the hard facts. McKinsey’s Digital globalisation: The new era of global flows report found that over the last few years, global consumption growth is outpacing trade growth for a number of finished manufactured goods. Where are those goods being made? Well, the answer is very likely to be found in local-for-local manufacturing. 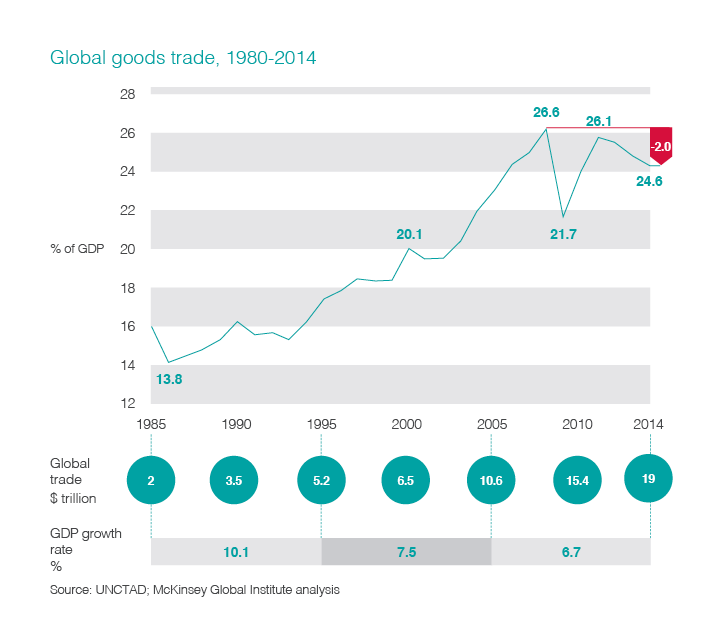 Not a one-time activity

I believe there’s confusion around the meaning of reshoring. It’s often considered synonymous with ‘bringing manufacturing back to a home country’. But that wouldn’t make any business sense, unless the home country has a thriving economy. In my view, local-for-local manufacturing is the right phrase to describe what’s happening.

This might call for reshoring to home countries or nearshoring opportunities. It might well still call for low-cost-country sourcing. The reality is that companies will only add production capacity in a certain location if it makes sense for customers and the business.

In fact, manufacturing footprint design requires considering dozens of separate variables, each with unique variances and all interacting in ways that change with time. Time is especially critical to the analysis because factories affect people’s lives as well as return on invested capital.

The bottom line is that manufacturing footprint strategies are not one-time activities, nor can they be simplified down to formulae in a spreadsheet. Tackling this involves a number of elements that make companies winners or losers.

When the Chips Are Down, Step Up