Thanksgiving is on the horizon and branded goods manufacturers and retailers alike are preparing for the largest consumer sales day of the year. No, not Black Friday or Cyber Monday, but Singles Day — the 24-hour selling event (also known as 11.11) started by Chinese digital giant Alibaba more than a decade ago.

In terms of scale, Singles Day 2018 was by far the largest single-day shopping event globally, with shoppers placing more than 1.04 billion orders worth a total of $30.8 billion in recorded sales in U.S. dollars. For comparison, during Prime Day 2019, Amazon sold “only” 175 million items across a 48-hour period, with a daily sales average estimated at $3.58 billion.

The scale and opportunity of Singles Day for businesses is just one of numerous shifts in China that highlights what my colleague Dave Aron calls “The Great Wall of Digital Ignorance.” Those who don’t play, and even worse, don’t know about China’s rapidly evolving digital world put themselves at risk of losing out in the battle to stay innovative and ahead of the game in their industry.

Businesses are being surprised by well-funded, innovative competitors. They face the possibility of being locked out of ecosystems that could accelerate them and becoming less appealing to customers who are participating themselves. A simplistic business-to-consumer example is the ability to make/accept payments using Alipay and WeChat Pay from the more than 4 million Chinese tourists visiting the United States each year.

Leading global brands see the opportunity of China. For example, Starbucks CEO Kevin Johnson said earlier this year that the company is “going to apply to the U.S. what we’ve learned in China.” What lessons was he referencing? Starbucks plans to leverage the lessons learned as it built out an extensive and successful last-mile delivery capability in China. It expects to apply these lessons to its last-mile delivery rollout in partnership with Uber Eats in the U.S.

Underlying the importance of China is the sheer scale of its economy. The International Monetary Fund estimates that China’s purchasing power parity (PPP) adjusted gross domestic product (GDP) of $25 trillion is already the largest economy globally (comprising 19% of global PPP-adjusted GDP, versus 15% for the U.S.). Driving the economy is a thriving middle class of more than 450 million people that is forecast to reach over 850 million by 2030. This is coupled with emerging leadership in numerous areas across manufacturing, information and technology such as digital payments, solar panels, wind turbines, ecommerce, AI-enabled facial recognition and smart cities.

China is expected to challenge for leadership across many more components of the global economy in the next few years, including more diverse applications of artificial intelligence, precision manufacturing, Internet of Things/sensors, 5G and quantum computing. These efforts are all built on the back of clearly-defined government initiatives such as Made in China 2025, The Next Generation AI Development Plan and the Social Credit System. 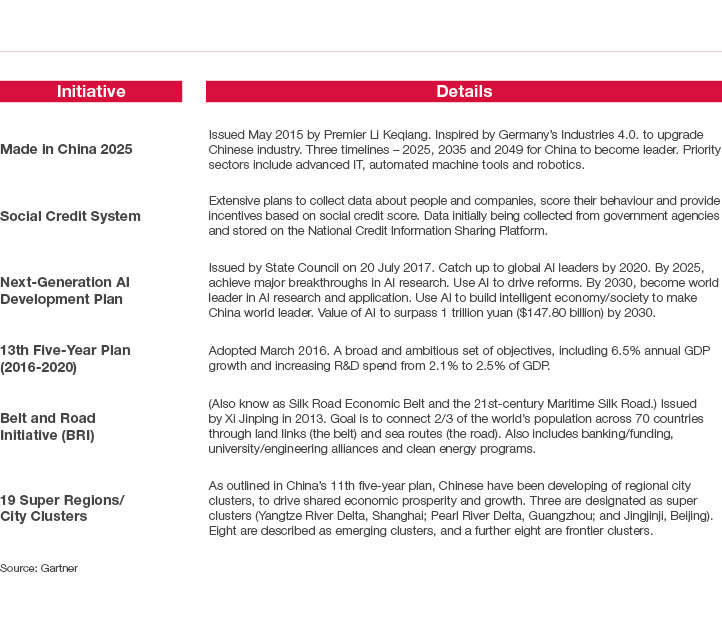 As supply chain organizations look ahead, they need to find the right balance with their engagement in China. Many already have an on-the-ground presence or strong links to the Chinese economy. The starting point therefore is to understand your organization’s strategic posture toward China. Is your organization like online fashion retailer Net-A-Porter, which recently announced it will open a flagship store on Alibaba’s Tmall Luxury Pavilion? Or is your organization like toy manufacturer Hasbro, which CEO Brian Goldner says will reduce the number of toys it exports from China to the U.S. to about half by 2020 and to under one-third by 2023.

Once your strategic posture toward China — whether positive, neutral or negative — is identified, focus on:

Looking ahead, a bellwether to watch is Gartner’s upcoming 2019 Future of Supply Chain report, where we annually ask supply chain leaders from across the globe to identify the top three countries where they plan to add/reduce jobs. In 2018, China was identified as the second most likely country where supply chain jobs would be added. However, considering the rise in tension between the U.S. and China over the past 12 months, it’s possible this status may change for 2019. 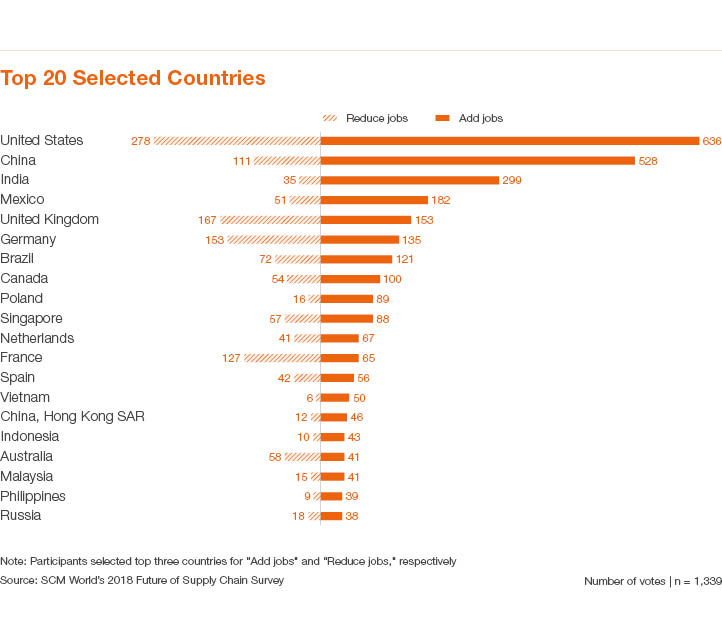 It’s a dynamic time in the global economy and China’s role in it. Your supply chain’s ability to effectively understand China’s changing role will be critical to driving organizational success into the future.

Can Supply Chain Agility Be Measured?

‘How Can I Help?’ Drive a Cultural Change in Your S&OP