As an information management software analyst, I don’t spend a great deal of time looking at hardware, but when I look for a more holistic view, I occasionally check in with Gartner colleagues. Recently I had a few questions about Oracle’s hardware mix during inquiries, so I decided to check in with my colleague Errol Rasit about Gartner Quarterly Market Statistics, and find out how the hardware recovery I keep hearing about was going.  What I discovered surprised me, especially in light of the messages I hear from the vendor.

There is no “recovery.” It appears that the picture remains rather bleak, especially on the SPARC side.

A few years ago, at the turn of the century, SPARC was a $10B business. But it has been in a steady decline since then (with a bubble in 2005-2007) and there is no end in sight. The next generation is supposed to fix all that for Oracle, but several preceding ones didn’t do the trick, so one has to be skeptical. Here’s what the last few years have looked like: 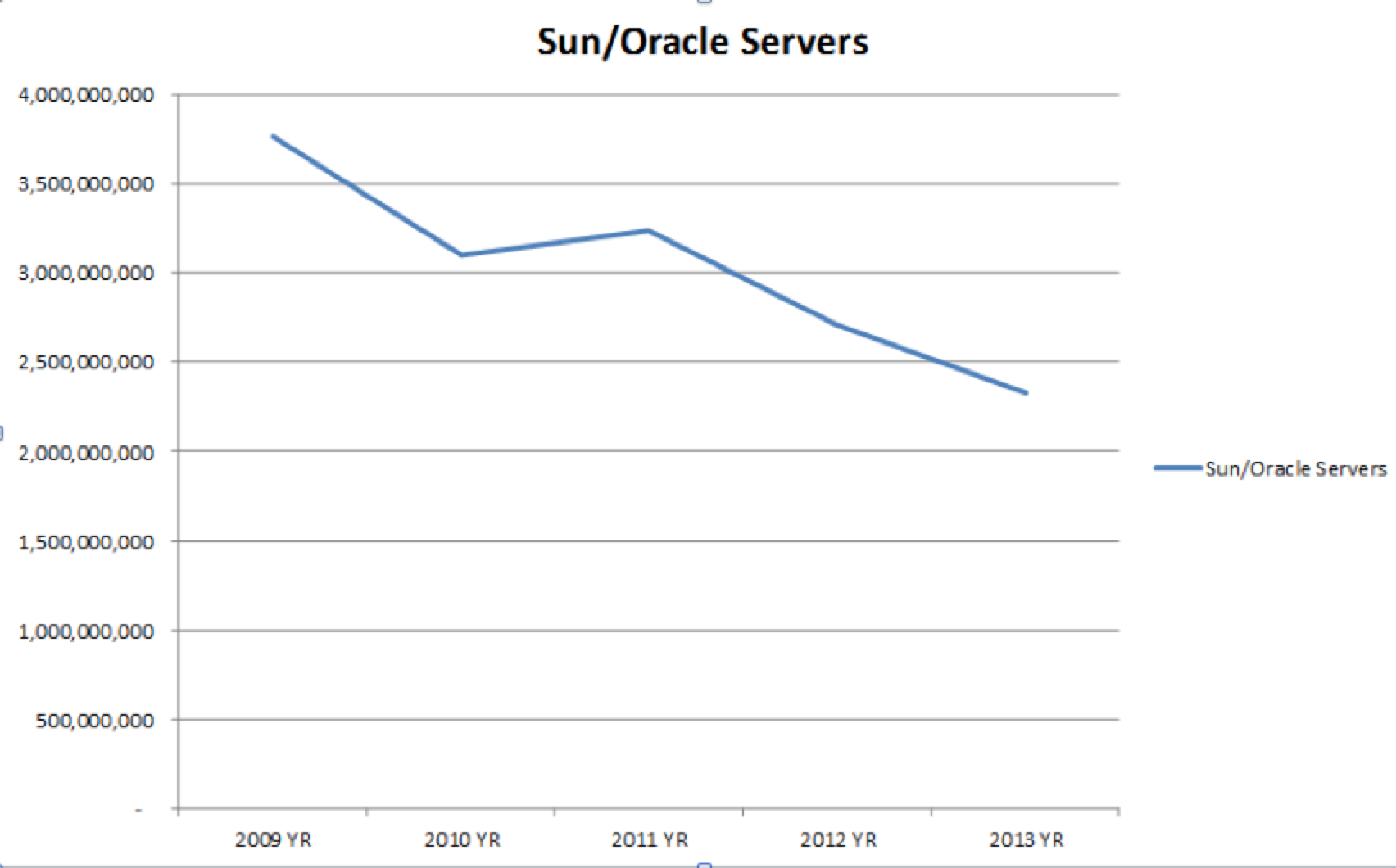 This annual chart ends at 2013 because 2014 is not complete yet. Not shown is a slower rate of losses in the first half of 2014 – and a slightly positive Q3 for SPARC (its first in a few years) suggests the bottom may be near, but it’s too soon to tell. The question now is whether the Intel-based business is growing quickly enough to offset the continuing decline in SPARC. And at a glance, it doesn’t appear to be. Here’s a look at the last few years: 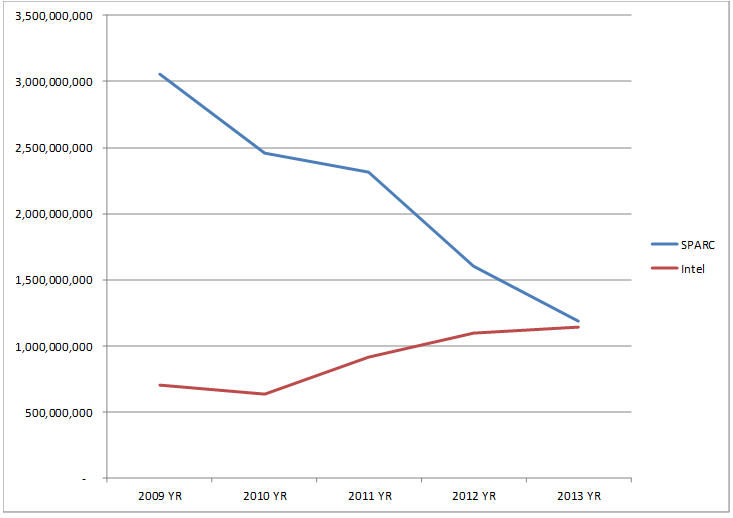 Again, this annual chart ends with 2013. The 2014 x86 numbers (not shown) have been mixed, going slightly negative in Q3, contrasting with the SPARC upturn. The Intel-based business is now generating just about as much revenue as the SPARC business is, but has been growing more slowly than the SPARC business was shrinking.

Are we at an inflection point? How well will Oracle’s next generation of x86-based systems do to increase growth? How motivated is Oracle going to be to continue pushing SPARC forward? Those are very good questions, and I suspect we will continue to ask throughout 2015. Rhetoric notwithstanding, it’s not a very pretty picture so far.