“Not looking” at security and privacy seems to be the posture of people implementing Hadoop, based on recent data Gartner has collected. This is troubling, and paradoxical. In an era when the privacy of data, from government surveillance to medical record-keeping to “creepy” marketing initiatives and password breaches, has been in the news regularly, it is hard to understand why professionals implementing Hadoop are not paying attention.

The data here comes from a recent webinar I conducted with my colleague Nick Heudecker. We had over 600 attendees, and during the discussion we offered several polling questions. One had to do with barriers to Hadoop adoption. We had 213 responses to that question.

You can see the results below and two things leap out: only 2% of the respondents see lack of robust security as a barrier, and half of the respondents feel that they do not have a sufficiently defined value proposition. More on the latter in another post. 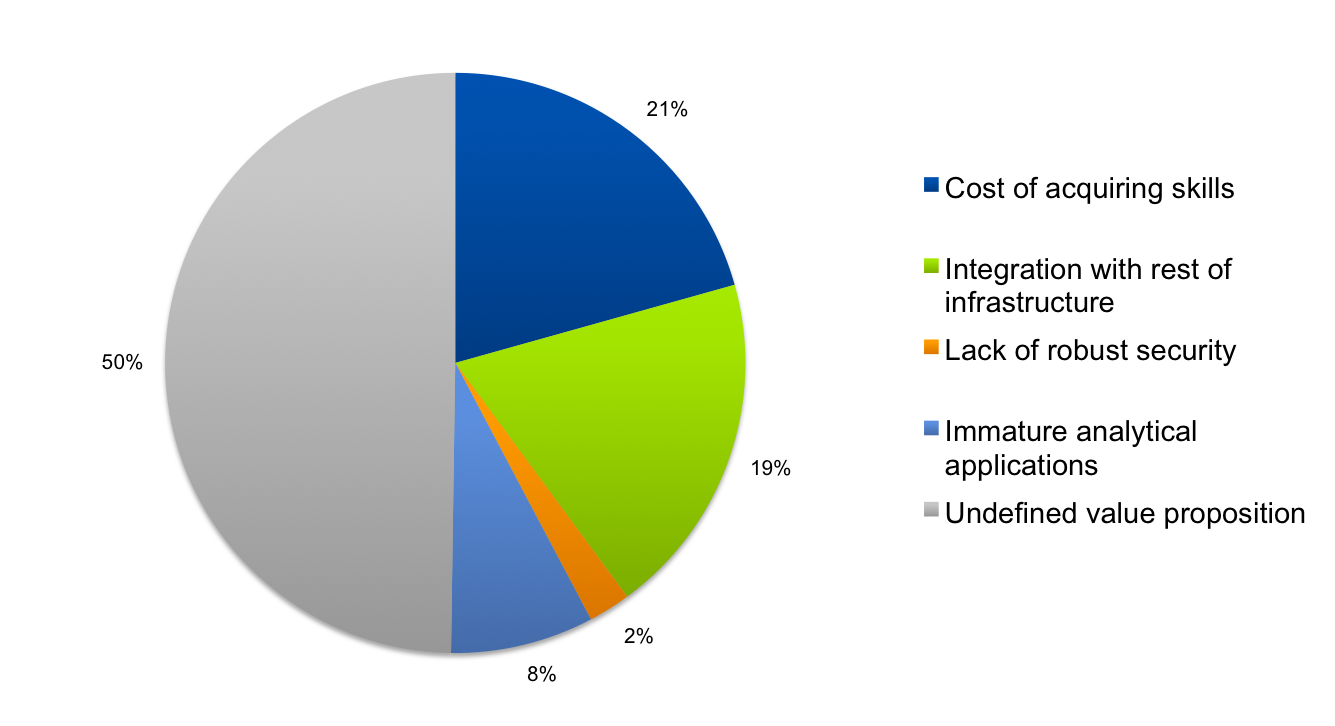 For me, the nearly non-existent response to the security issue is shocking. Can it be that people believe Hadoop is secure? Because it certainly is not. At every layer of the stack, vulnerabilities exist, and at the level of the data itself there numerous concerns. These include the use of external unveiled data and of data in file systems that lack any protection, and the separation of Hadoop initiatives in most organizations from IT governance. Add to that the kinds of use cases Hadoop is being pointed at: sensitive health care information personal data in retail systems; telephone usage; social media connection and sentiment analytics – all of them give us pause.

I’ve pointed to security as a key issue facing the Hadoop community in 2014 for some time now. The fact that awareness of the problem is not getting attention only reinforces my belief that we will see major problems as Hadoop goes mainstream.