As CEO of Omnicom Media Group’s Accuen since 2015, Megan Pagliuca has been inspiring the “next evolution of programmatic” – focusing on open pricing, automation and elevating machine-driven media from a line item into a strategic plan. And like many of today’s ad tech luminaries, her career began in the mid-‘00s at Right Media, a kind of programmatic Brigadoon that sang brightly from 2003 to 2007 and was subsumed into the larger drama of Yahoo.

One of the best-known and –respected figures in programmatic media, Pagliuca is a native of Colorado, a graduate of the University of San Diego and Australia’s Bond University, where she majored in e-commerce after dabbling in I.T. (“not that exciting”) and escaping a career in computer science (“too lonely”). She descended on Manhattan’s Silicon Alley in 2006.

How did you get your start in the media business?

I went to Right Media right after business school. I didn’t understand the space yet or the roles, and I spent four months commuting into the city from Jersey doing like forty interviews, just asking questions. In the end I got offers from Right Media and Mediaocean – and I joined Right Media in October, 2006. 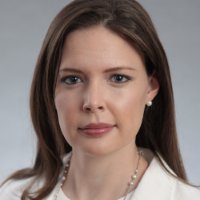 It was an incredibly fun time. Brian O’Kelley [the CTO] used to basically take us all out to Dewey’s [on W. 30th Street] and a few other Gramercy spots almost every night, and he always paid. I was only making $55,000 a year, so it meant a lot. It was a very young and fun culture. There was a different feel between the ad network and the exchange side – they were serious about the Chinese Wall between them. The ad network was more sales and media and CPA-driven. The exchange tech side had this attitude they were going to change the world. They were going to disintermediate all ad networks – including our own.

Right Media was already three years old and in a period of explosive – by some accounts, chaotic – growth. (O’Kelley has said they went from 60 to 200 employees in 2006 yet had no real H.R.) The pioneering Right Media exchange launched six months earlier and “it felt like a modern exchange,” she says. It also pioneered modern acronymania: its divisions were AMX (the DSP), PMX (publisher exchange) and MMX (network media exchange).

So what was your day-to-day job at Right Media?

When I first started, I was an account manager on AMX. My clients were all ad networks. There was Colonize [run by Jonah and Noah Goodhart, co-founders of Moat], Consorte Media, LowerMyBills, Xtend [now Matomy Media]. Many of them built their entire business around Right Media. And when we first launched the exchange, there were 22 hops between the first entity and the last entity – 22 people taking a cut. The vision was to cut out the middlemen and create greater efficiency and effectiveness through technology.

Roaming the halls was a legendary character named Boris Mouzykantskii – Dr. Boris – theoretical plasma physicist and founder of IPONWEB. He’d been hired as a consultant by O’Kelley to help test and fix code and has accrued a mythic status in ad tech.

What was the role of Boris? Did you actually meet him?

I loved Boris. He is a genius. He wasn’t always on-site but he felt like an employee. I had frequent interactions with him — and people that knew him, looked up to him. Brian [O’Kelley] had built a culture there where – if you didn’t understand the details of the [exchange] algorithm – you couldn’t succeed. I would seek out Boris with a million questions trying to learn the ins and outs of the algorithm and what was later known as a DSP’s infrastructure. Those lessons remained relevant for years because most ad tech was influenced – if not built – by Boris. Basically, as I understood it, Boris designed the algorithm and Brian spent a lot of time tweaking it.

“… most ad tech was influenced — if not built — by Boris”

Yahoo acquired Right Media in 2007. How did you feel about the deal?

Yahoo had looked at DoubleClick, which was bought by Google of course. And they had already invested in us. So the acquisition was a response to the DoubleClick deal – but I suppose it felt a little hasty. We weren’t really at a point where we were expecting a sale. Many of us didn’t expect such an early exit. I remember some of leadership said it was too early and we still had so much work to do. But in the end, it was so much more money than we were anticipating. All of credit goes to [CEO and co-founder] Mike Walrath and his dealmaking.

Ultimately, Yahoo paid a reported $860 million for Right Media and much of the team – including Pagliuca and Walrath – chose to usher the vision over into the Yahoo era.

What was the transition to the Yahoo ownership like for you?

I remember the intent to purchase itself was announced during Coachella [April, 2007]. At Yahoo, I took over deploying the SSP to Yahoo globally for Yahoo’s own inventory. They had bought us, but we all spent a lot of the time convincing them why they wanted to be in the [programmatic] business. The fear of price cannibalization of their class one inventory ensured an ongoing war with the Right Media change agenda versus many on the Yahoo side. We built out business cases and economic models that showed Yahoo inventory was being arbitraged – specifically, inventory bought in class one by smart ad networks and then sold at a higher price on the exchange. In some cases, ad networks [were] selling the Yahoo inventory back to Yahoo itself at a higher price. We also showed they could make more money by smart decisioning on price floors and yield management through the Right Media SSP.

Programmatic advertising wasn’t a dominant tactic in those days. What was your pitch to buyers?

It wasn’t about lower cost. It was about effectiveness and efficiency – having a direct connection between the agency and publishers where the price of each impression would be at a higher price but would be of more value. Skip ahead to today and the way we position the PMPs [private marketplaces] – it was the same idea, and it’s why a PMP has a price floor instead of being on a fixed rate. To use tech to do the decisioning and pay pubs more to deliver better ROI. We basically made it all about value, which is the same story we tell today.

Do you think Yahoo missed an opportunity with Right Media?

When I think about what Yahoo had then, it was so forward-looking. For the largest client, we were building a DMP. Yahoo’s head of engineering [George Goldenberg] developed a custom identity-based DMP using the Yahoo Web Analytics infrastructure. Yahoo had a working DMP to develop audiences with the client’s first party data and Yahoo registration data — and then syndicate those audiences for activation in the Right Media DSP. Keep in mind, this was 2009. The concept of a DMP was not yet prevalent in the market.

The “largest client” in question may have been P&G, whose Project Hawkeye was an early attempt to adopt programmatic discipline at large scale. But alas, Right Media’s magic moment was pixelating. Pagliuca stayed at Yahoo until 2010, when she left for a new job as V.P. of Digital at Merkle.

Why did you end up leaving Yahoo?

They had all these capabilities but in the end, the company chose not to continue to invest there. They didn’t want to cannibalize their class one inventory. There was some fear about privacy [with the DMP], but basically they were resistant to programmatic because they were afraid of cannibalizing. And that decision is ultimately why they failed.

How do you feel about the Right Media era now?

Actually, I like to talk about it and to remember it. There’s something really fun for all of us that were a part of it. We failed to convince Yahoo to embrace the next wave but we did change the advertising industry. From inception to completion, it will probably be 15-20 years until 100% of media is transacted programmatically. We lost the battle at Yahoo, but we won the war.