In case you missed it, a dip into the archive and a tribute to the branding power of Tay. Those of you early risers who are attending the upcoming Marketo Marketing Nation Summit in a few weeks will have an opportunity to enjoy the full presentation. (It’s 4/25 at 8:30am – rise & shine with Tay!)

Let’s think about Taylor Swift as a brand – a symbol of the way the most successful current brands (and politicians) present themselves, often without knowing it. Forget for now the current fillip with Kanye and Kim, which is shifting Tay’s image a bit – push that across the table and recall the American icon as she was last May, during Gartner’s second digital marketing conference, when I batted this idea around with a house full of Swifties.

The idea is based on data from a market research firm and a social analytics platform. It is inspired by the question:

“Why is Taylor Swift such a successful brand?”

It turns out that “Taylor Swift” does not exist. She has no external reality, as a brand. She is a blank space upon which people project themselves. Stay with me here.

She is what I call the ultimate “unbrand.”

Taylor Swift is the “most marketable brand in history” (Forbes) and the “most beloved icon in recent memory” (A.F.I.). She is a spokesperson for Target, Diet Coke and Keds, among others, and her appeal is oddly democratic: she appeals to groups who can agree on nothing other than her.

Who is Taylor Swift, the brand? What is her secret?

To find out, I asked market research firm CivicScience to share some survey data and spun up a social network analysis of her fans, provided by social analytics firm Affinio. The numbers revealed:

People who don’t agree on anything, agree on Taylor. My consumer survey showed that self-described Democrats and Republicans like her at about the same rates, with 20% of each group saying they “do not like” her. And it turns out that this 20% share another characteristic. We asked them how they felt about themselves “right now.” In a word, they are unhappy.

People who don’t like Taylor Swift, don’t like life. More profoundly than her followers, Taylor haters are also projecting their own self-image onto her.

So who is this “Taylor Swift” who can’t be insulted, inspires lookalikes, appeals to people who can’t agree on much, and is disliked only by people who are congenital punks?

The answer – I think – was provided by Emile Durkheim, the 19th century French sociologist. Seriously. Durkheim studied field notes from aboriginal tribes in Australia and New Zealand. These tribes would paint a stone with an image of their tribe and then endow it with divine qualities. They worshipped the stone. Durkheim’s influential insight was that this stone, representing both the tribe and its god, was a way for the tribe to worship itself. It was a totem.

I believe that Taylor Swift is a totem.

As a brand, she has no identity but seems to be a blank space upon which many different (current) tribes project themselves. Her very non-existence is her strength: she can be anything to anyone.

This quality of non-existence is the opposite of traditional branding goals. Yet it is the new way that brands are defined. More than simply claiming “branding is dead,” I believe the most successful brands – including products, celebrities and politicians – embody the same traits as Swift. They are Unbrands.

Consider Google. What do we – as people – really know about Google? What are its politics? Is it pro-woman? Pro-anything? What about Uber and Pinkberry and Jet.com? Many successful mass brands have no real identity in the traditional sense. Apple, Kiehl’s, Skype, Amazon, Keds … and Taylor Swift. All profit from the liberating emptiness of non-existence.

Unbrands like Taylor Swift behave unlike traditional brands. As a marketing major at Columbia Business School in the early 2000’s, I was taught what marketing majors continue to be taught: namely, that brands have a clear point of view (a “brand identity” or “brand voice”); that they communicate this point of view through media; and that they must be “relevant,” usually translated into some form of trend-watching.

What about the Unbrands? My analysis of Taylor Swift and her cohort show that they, of course:

For example, Unbrands do not make their position known on any topic of moment. On politics, economics, social and religious matters, they are publically inscrutable. To support the dark mask, they either speak in banalities or do not speak at all. Taylor Swift retweets and comments (blandly) but prefers to holding “listening parties,” where she lets her fans speak for her. Unbrands are good listeners. 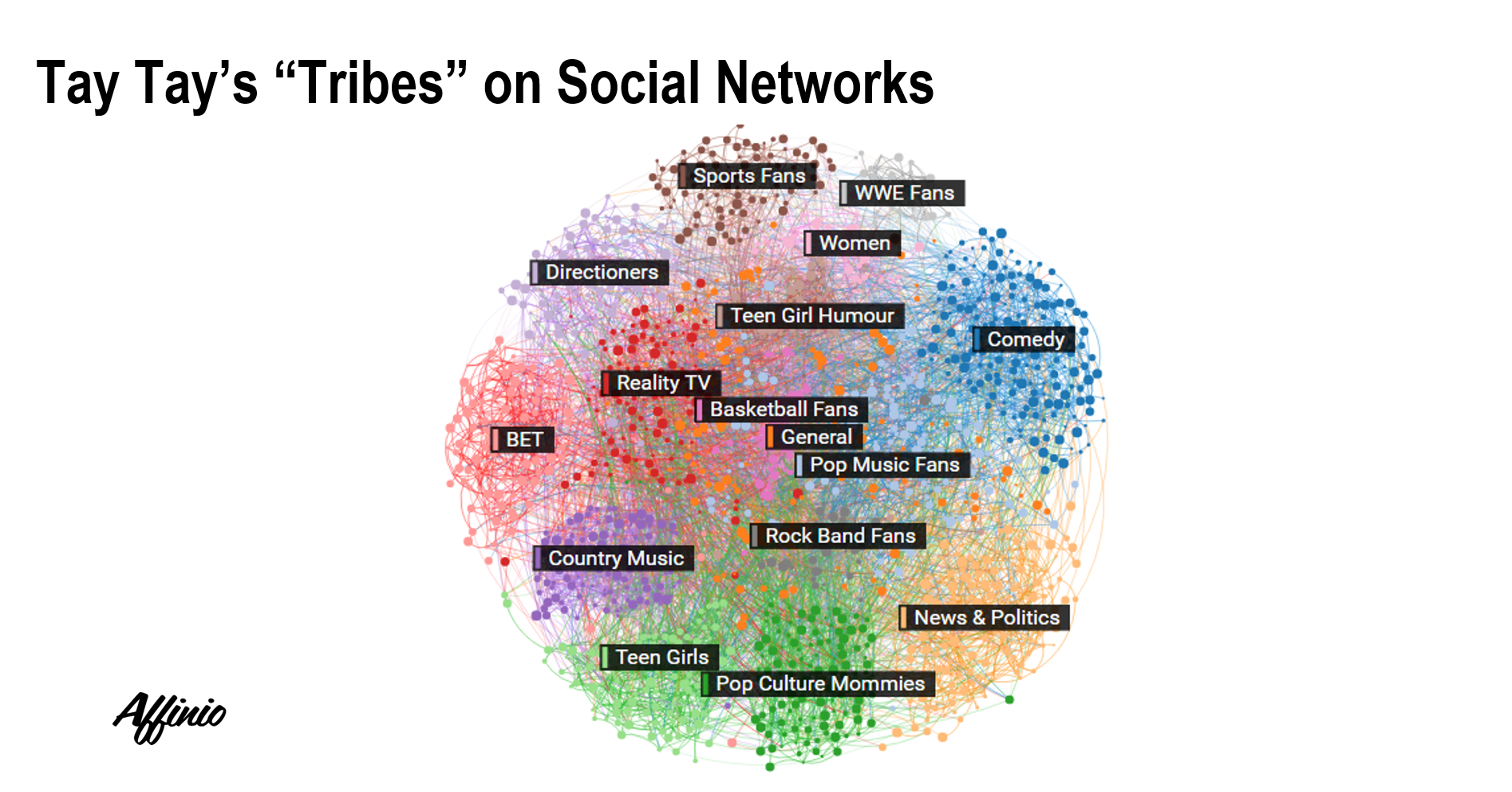 And as to countertrends, they exploit them. Today’s countertrend is tomorrow’s banality. This quality does not make them antisocial but rather anti-obvious. For example, the prevailing trend in popular music is to sexualize young women. Taylor Swift (the Unbrand) rides the countertrend with rather mature, dressy and sexy (not sexual) style. And if the trend in technology is toward feature overload, Google rides the countertrend toward simplicity.

Here, I can only speculate that the nature of media – of life itself – has changed to the extent that we construct our own realities now; we live in a world of our making. There is evidence that mass media functioned in the past to create coherence, a shared social context, and that our era of bewildering complexity drives us all to select media and experiences with which we already agree. We don’t change to meet the medium; we change the medium to meet us.

In such a world, no brand (or politician) can have universal appeal unless it can be adopted by hundreds or millions of disconnected tribes. For various reasons, we are less and less likely to run into people who are not pretty much like us; we’re splintering into homogeneous and self-consistent cadres with little incentive or even opportunity to meet different types. This process has been called The Big Sort.

Media used to hold us together, oddly enough. Whatever our surroundings, whoever our neighbors, when we all watched the same TV and read the same newspapers, we could agree on the facts of the case. We argued about interpretation. Now, when I can choose precisely what to consume and when recommender systems suggest I consume more of the same; when a large minority of Americans say they get most of their “news” from their friends on Facebook; and when I have no reason (and many reasons not) to visit a news site whose antagonistic views make me want to scream – in such a world, I build my own media diet that just pretends things I don’t like are not true.

For celebrities, mass appeal comes from mass appeal. I must be consciously adopted by groups of people who have high suspicion of one another – but not, importantly, of me. They must all see themselves in me. In a way a previous generation of Brands did not, today’s Unbrands must adapt, Zelig-like, into any environment.

In the words of the ultimate UnBrand, they must be a “Blank Space.”