When he and his team placed the first two paid banner ads — ever — on Wired’s online magazine, Hotwired.com, back in 1994, John Nardone didn’t feel like a seer. He was working at an agency called Modem Media, building websites for Coors’ refreshing alco-pop Zima and AT&T, and Wired pitched him on the idea. Three months for $15,000 seemed like a low-risk leap, so he took it.

Today, Nardone is CEO of Flashtalking, ex-CEO of pioneering DMP [x+1] and founding board member of the Internet Adverising Bureau, among other things. His resume quite literally apes the arc of ad tech. A prolific comic book collector, he was also a precocious reader. David Ogilvy’s Confessions of an Advertising Man inspired his mission when he was 12. After business school at Duke, he joined Ogilvy & Mather in 1988 until it was swept up by WPP, at which point he decamped to P&G, then Pepsi … and then the quaintly-named Modem.

In those days there were no ad servers. We had to create the ad and hard-code it into the site. We had no idea how many people would see it. We placed a Coors ad for Zima and one for AT&T [on Hotwired]. After that, I started calling websites, saying, ‘Can I put an ad on your site?’ Generally I would get an email, like, ‘You’re an a#%hole — how dare you suggest such a thing.’ There weren’t really commercial sites. There was no Google. There were individual peoples’ websites, like Marc Andreessen’s NCSA ‘What’s New?’ page. I put the first ad ever on that page. 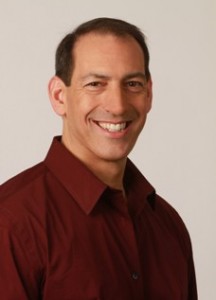 HOW DID YOU KNOW WHAT TO CHARGE?

We came up with a model based on exposures and click-through. It was based on magazine direct-response pricing. We built the first commercial website ever for Coors. We were quoted in an article in Business Week in February, 1995, and after it came out 27 people called. Including a guy named Jerry Yang from this site called Yahoo that wanted to sell ads. He wanted to talk to us about how to price ads on his site.

We came up with this thing called the Internet Reach and Involvement Scale (IRIS). You would pay for both exposures and clicks. There was an average CPM [cost per thousand] based on publishing rates and you’d pay, say, 25 cents per click. The click-through-rate on those first ads were about 50% for three months. Then it fell. From about 1995-1997, it averaged around 5-6%.

100X BETTER THAN TODAY. HOW DID YOU MEASURE IMPACT?

Publishers would send me their server log files. I would print these out and go through them by hand looking for my ads. Remember, no ad servers. We had to build our own log file analysis platform called Centerport. We also built our own research tools, one of which ultimately became Dynamic Logic [sold to Kantar]. We did our own online creative testing, putting people in front of PC’s and having them go through a mocked up flow. We focused more on website development in those days than what became digital media buying.

After some years running media-mix modeling firm MMA, Nardone found himself lured back into media. As he sees it, 2007 was a pivotal year. “Google buying DoubleClick set it all off.” Microsoft followed suit, acquiring DoubleClick’s rival ad server Atlas, and Yahoo bought Right Media. Nardone was recruited by an I.A.B. colleague to join [x+1] in 2008.

It was a website optimization platform. That’s how it was conceived. After [co-founder] Joe Zawadzki left, it was in some trouble …. The first thing I had to do was a fund raise. Then the financial crisis hit in August of 2008. Then one of our two big clients asked us to cut our prices in half and the other one put us into review. We had just won an assignment with Delta…so I called a former client of mine [from Modem] at Delta Air Lines — we had built the original Delta.com site — and we turned it into a site optimization gig. I went to my board and said, ‘We have no revenue. Nobody is spending. I want to build a platform from scratch for Delta.’ And that’s what we did.

THIS WAS THE DATA MANAGEMENT PLATFORM?

We built the first DMP. We were asking how Delta used its SkyMiles data, how it used data from CRM to personalize offers on the site. Then we began to ask how can we move this off the website and push offers into email, into the mobile phone. That became the [DMP] platform that we launched in 2009. We hadn’t coined the term DMP yet. BlueKai beat us to it.

WHY ARE THERE SO FEW STAND-ALONE DMP’S LEFT?

It is very hard to make money on a DMP as a standalone product. Marketers pay for activation, they pay for deployment. There is not a lot of [financial] value in collecting and organizing data until you actually do something with it. The DMP winds up being an enabling technology, like a line item on a budget. BlueKai and [Nielsen’s] eXelate made money on selling data. So DMP’s are really less of a software play and more of a vehicle to do something else.

Nardone’s current company Flashtalking provides dynamic creative optimization for ads; it competes with Google as an ad server and attribution platform. In addition to using data to personalize creative, it ties back to Nardone’s original interest in measuring the impact of ads.

WHAT IS THE BIG CHALLENGE FACING AD BUYERS TODAY?

This is an age when we have to manage identity across channels …. And there are a lot of problems with data. Cookies are a bad representation of user experience. They don’t allow [advertisers] to really get at reach and frequency. Also there is fraud in the [ad server] log file that has to be removed. Data should have to represent a marketing stimulus to be logged. And if you don’t successfully bifurcate by the top and bottom of the funnel, you basically get garbage. There are two different sets of behavior there, with remarketing at the bottom of the funnel.

HOW DO YOU CLEAN THE DATA?

We pull in data from partners like IAS and Tapad. We integrate it into the logs. We go through the log and apply a number of cleansing and processing steps. We resessionize the data around users. We bifurcate the log into top and bottom of funnel. This is the data that we apply to the attribution models. There’s no point in doing marketing mix [modeling] without a good digital signal.

And so we come full circle, from 1994 to 2017, almost a quarter century of digital advertising, and Nardone is still sifting through log files. His original idol David Ogilvy might not have been so surprised. After all, he said: “I do not regard advertising as entertainment or an art form, but as a medium of information.”