When Oracle acquired Moat in April 2017 for a reported $850 million, it was seen as a shrewd addition to the coalescing Oracle Data Cloud and a rare streak of sun for the New York ad tech scene — which had been shrouded in a kind of Gothic gloom for months.

Perched atop the deal was Moat’s CEO and Co-Founder, Jonah Goodhart. Along with his brother and Co-Founder Noah Goodhart, their long-time partner and friend Mike Walrath, MediaMath’s Joe Zawadzki, AppNexus’ Brian O’Kelley, Mediaocean’s Bill Wise and a few others, Goodhart is one of a cadre of New York-based ad tech evangelists and angel investors who were all involved in the creation of that Bauhaus of programmatic advertising at the nexus of 23rd Street and Broadway: Right Media.

All programmatic roads lead back to Right Media circa 2003-07 …. 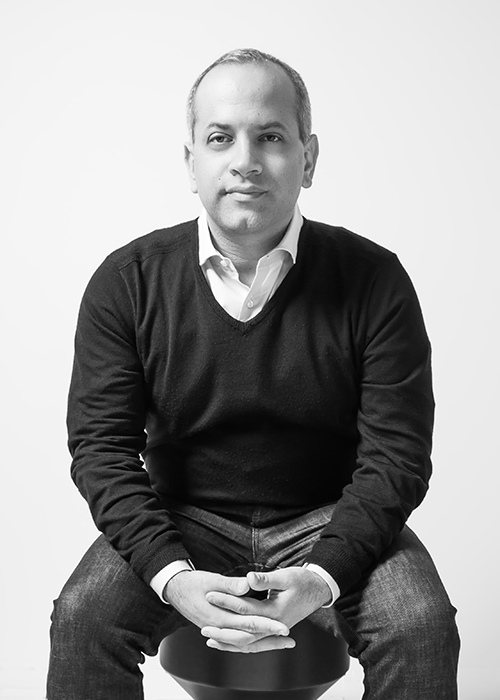 And pushing back five years to 1998, we see Jonah Goodhart as an undergrad at Cornell, starting his first company with Noah, who’s two years older. They’d spent their youth in Ann Arbor, with an English-professor father and preschool teacher mother. Cornell gave the three Goodhart brothers scholarships. Noah and Jonah are studying political science but get intrigued by a certain email address calculus they’ve developed.

SO HOW DID YOUR AD TECH ADVENTURE START?

I was working for $5 a hour in the computer center. My brother and I started talking – we noticed that a lot of the e-commerce companies at the time were giving away deals to sign up clients. Companies like PlanetRX and Buy.com and [the infamous] Pets.com, they were all making offers, ‘Sign Up and Get Your First Thing Free!’ These were great offers.

At the same time, my brother pointed out there were companies going public at the time that were valued based on the number of email addresses they had — like NetCreations, FreeShop. These were billion-plus companies valued at about $100 per email. So we wonder: Will this work at a smaller scale?

We started a website and started collecting emails from our friends. We would send out a list with links to good deals. Then one day when we had — maybe — a few hundred emails, we got a call from a guy at Barnes & Noble. He got my name from the website. He said, ‘Hey, if you add a code at the end of your promotion we will pay you for the leads.’ We thought, what about other companies? We started adding affiliate links to the emails and the money starts coming in.

HOW DID YOU MEET MIKE WALRATH?

We got a cold call from Walrath. He said, ‘I’ve seen your newsletter. Have you ever thought about buying some banner ads?’ So we tried a test. We started at $5,000 and I put it on the credit card. We made the ads ourselves …. The first ad we ran was something like:

Something like that. I didn’t know anything about copywriting obviously. The response was great. You could get like a 1-5% click-through rate at the time. We had virtually no employees …. I mean, I’m a 21 year-old kid and I go from making $5 an hour to like thousands over the weekend. We started to scale very fast, and in a year or so we were spending millions with Mike. All of this was on the American Express card. To this day, we have miles on our card from that time.

To this day, we have miles on our card from that time.

Walrath’s boss and confidante, Bill Wise (now CEO of Mediaocean), decided they wanted to meet these Goodhart characters in Ithaca whose company, now called Colonize, was spending so much with DoubleClick. Wise says: “We got tickets to a game and said we’d send a limo up to Ithaca to take them out. And they wouldn’t do it. They didn’t want us to know they were kids.”

Walrath [says Goodhart] found out I was in college by accident. He calls my office one day, we had this receptionist by then, and he says, ‘I have to talk to Jonah — it’s critical!’ And the receptionist says, ‘I can’t get him, he’s taking a final right now.’ He realized I was a college student. Back then, it wasn’t so cool to be such a young [entrepreneur].

The brothers graduate; Colonize thrives. And then … 2001. The dot-com boom had turned before 9/11, and we enter a period when email addresses aren’t worth $100 each anymore. A dark time, filled with digital despair. DoubleClick spins off its Sonar media division to focus on software. And Jonah gets a call from a familiar voice.

Over the years, Noah and I had many conversations with Mike about the inefficiencies in the digital ad business. In 2002, Mike calls me and says he’s ready to leave his job and focus on building a new company. Mike, me and my brother go out to dinner at Houston’s on 26th and Park Avenue.

WHAT WAS THE IDEA, EXACTLY?

The vision was to make trading digital ads more efficient. The initial focus was on solving quirks in the DoubleClick system which made it too easy to game. DoubleClick had this prioritization system for ads, where the priority [waterfall] was based on the number of impressions and flight dates. Mike realized you could basically trick it into making ads ‘high priority’ by [manipulating] these settings … This was before the ad exchange idea, just a way to remove the intermediary steps. The goal was to automate and un-game the system.

It’s ironic — the initial idea [for Right Media] was to make it easier for advertisers to work more directly with publishers. To take out the middlemen. What the ad exchange ultimately did was just the opposite.

And how. In the words of another early Right Media-ite, Megan Pagliuca (now CEO of Accuen), there were “an average of twenty-one hops between the buyer and the seller” on the exchange, as it evolved.

DID YOU GUYS DO A LOT OF INVESTING AT THE TIME?

Not at all. We didn’t know anything about investing. We were doing really well financially in our first business. And then suddenly, the market changed. Our numbers started falling dramatically – though we were still able to make a small profit. But most of those [e-commerce] deals went away …. Mike seemed like a straight shooter. We liked him. We thought we could have a strong partnership. We didn’t realize we were at the beginning of the programmatic ad revolution.

Google and Goto were successful at an auction model for search. Mike and Brian [O’Kelley, who became Right Media’s CTO] — they thought that would work in display also. eBay was doing well. The idea of a marketplace and an auction system was successful at the time. AdECN [founded by Jeff Green, now CEO of The Trade Desk] was maybe the first ad exchange, and Right Media was the first exchange at huge scale.

The Goodharts’ stake in Right Media turned into a mighty payday when Yahoo — having failed to get DoubleClick away from Google — acquired the four year-old company for a valuation of $850 million (they paid $680 million for the 80% they didn’t already own) in 2007. The brothers went on to partner with Walrath as investors, doing over 100 deals in ten years, supporting companies like TellApart and Yext.

HOW DID YOU END UP CO-FOUNDING MOAT?

It was 2010. We wanted to create a new company and become operational again, rather than just continuing to invest. It seemed like there was an opportunity for brand marketers — they needed to figure out digital. We felt like there was a chance to tell a story more effectively in digital — a great business to create there. So we started Moat to make branding work better.

WHAT WAS THE PROBLEM YOU WERE SOLVING?

Ads were bad. What was the last banner ad you remembered? Ads needed to get better. The initial idea [for Moat] was to create a marketplace for creative. Crowdsource creative, build a platform to submit ideas, and brands can buy them. The challenge was that brands didn’t know how to value the creative. Also they weren’t going to replace their agency, so this was seen as an additional cost.

So that’s how we got into analytics. It was from companies asking us, ‘How do we judge success on these ads?’ We turned to analytics to prove the value of creative in the marketplace.

Named for a Warren Buffet quote (“I look for economic castles protected by unbreachable moats”), Moat morphed into a data and analytics company focused on viewability and brand safety, a leader in a growing space we could call attention analytics. So in a way, Moat is still meets Goodhart’s original ambition to make digital advertising better for brands.

At Yahoo, Wenda Millard [now President of Medialink] used to say that banner ads were for building brands. They were not direct response. Well it turned out the majority of digital advertising was very focused on direct response …. We started Moat to help brands tell their stories more effectively in digital.

And the story continues ….

Discover the top five findings of the most recent Gartner...

Discover trends that will impact retail digital marketing in 2022...