“The signals are everywhere” a corporate financial specialist said to me recently. Many people are concerned that a global economic downturn is on its way, or perhaps already in its early stages. Whenever we face such uncertainty, we tend to look back at history to see if there’s a pattern we can use to help navigate. Most of us reach first into our own personal experiences. 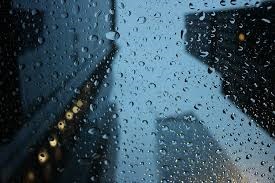 If you are an executive in business today, you are probably thinking back to the recession induced by the financial crisis of 2008 / 9 and the less severe one catalysed by the dot com crash and 9/11 circa 2002. Those episodes certainly are full of useful lessons to dust off and use again. However I can see three big reasons why the next downturn might behave in ways you don’t initially anticipate. So perhaps we should look at what’s different this time, not just what’s the same.

Tech and EM are more in phase this time

When the dot com crash and 9/11 hit they depressed confidence and a suppressed business opportunity. However those factors were fairy quickly overcome by an alternative massive positive force: BRICS.  It’s sometimes easy to forget the huge and novel impact of the rise of emerging markets growth and opportunity in the first decade of this century. The ‘China price’ of everything coming down… the offshoring to India reducing costs.. the idea of going to those markets as a new growth horizon. Those factors generated confidence and wealth quite quickly. But where are we today? There’s no big new emerging growth wave in sight. In fact some are very concerned about the economy of China in particular. Trade tariffs and more nationalistic political polices all over the globe are pushing in the opposite direction to the globalisation that caused Thomas Friedman to gush “The World is Flat” in his bestselling book of 2005 . So if there’s a new, though perhaps softer end to the massive tech IPO run… flipping to the EMs for an alternative growth vector doesn’t look like it will plug the gap. The two factors are closer to being in the same broad cycle phase. Without a quick way back up, I wonder if this points to a capital L shape economic episode with an extended baseline.

Everyone is expecting it and prepared this time

The previous two global downturns were not highly anticipated. They arose fairly suddenly and, for the majority, they came without much warning. Management teams were relatively inexperienced and under-rehearsed in what to do. They didn’t always take the fast bold action they should have and they did not have much contingency ready. To some degree, they were flying by the seats of their pants. That won’t be true this time. Financial commentators and economists have been warning of a potential downturn for at least 18 months even though many believe it might still be another 18 months away. Management teams have had plenty of time to squirrel away resources and formulate plans.  When it hits, most CEOs will have plan A ready to go, plan B on warm standby and some idea of what plan C would look like just in case. I’m not sure quite what effect this will have. Perhaps the brakes will come on faster and more coherently across industries and countries causing a more sudden drop. But then again – perhaps all those clever plans will dig us out faster. Might this point towards a capital V shape economic episode?

During the last two global downturns one saying I heard many times was “when America sneezes the world catches a cold”. Both episodes started with significant events inside the US economy. But it doesn’t feel quite like that this time. The US economy has been growing well, while other top 10 economies have been under-performing, fading and faltering: China, Japan, Germany, Italy and the UK for example. What happens when America is last to catch the cold? That’s a story we have not seen in the recent past. Perhaps that would point to a ladle-shaped global downturn with a long slow curved handle down followed by a deeper bowl at the end if America is added last in the global sequence.

Whatever happens, I am confident of one thing. The untapped potential of technology to deliver economic progress has never been greater. The new tools we have added in recent years are simply awesome: cloud, social, mobile, IoT, blockchain, AI..   what a list!  Most industries have barely scratched the surface of what they can do with that lot, to innovate and to create wealth. So while we might be facing a slow period ahead, I think the long-term outlook is fine.

I will be at our upcoming IT Symposium conferences in October and November, in Orlando, Barcelona and Tokyo. I hope to see you there.

Why “crypto winter” is an exaggerated, unhelpful misnomer