Just a quick reminder – what follows is one senior analyst sharing some thoughts. It is not a Gartner position. Blogs are un-reviewed personal writings, not published research. 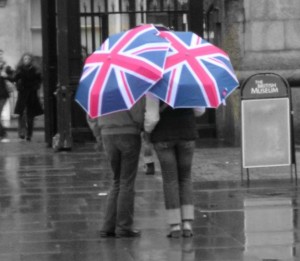 In my job as a Gartner analyst I do a lot of international travel. Then I come home to the United Kingdom of Great Britain and her dominions… or as I sometimes jest with colleagues and clients – “the disunited kingdom of great brexit and her dumb opinions”.  It causes some people to bristle a little, though I say it to lighten the mood. That right to express an opinion and cause debate, leads to the first of three thoughts on this complex subject.

Brexit is democracy in action – we should be grateful for that.
For me, the episode in its entirety demonstrates a complex democratic system doing what it should and that is a luxury many people in this world do not experience. The idea of leaving the EU was an aspiration that many people held for a long time. However the UK parliament was controlled by three political parties that did not agree with it. The situation seemed locked down – with no choice at the ballot box. But a new single issue party formed, campaigned and took just enough vote share away from one of the three main parties to cause it to blink. A referendum was offered to the people and they made a choice. In a way, the system found an emergency relief valve that allowed for expression of an important view that was not previously being represented.

The national conversation ever since has been fractious and heated. It’s not pleasant. However it is a conversation. The deeply held differences of belief have not resulted in other forms of expression. Large extremist parties have not arisen in recent times and there have not been riots.

My personal guess: it’s going to end up a bit more like 2000 than 2008
Just like Y2K (link here for the younger reader 🙂 ), there has been an enormous amount of discussion, scenario generation and business preparation for a couple of years. Every decision maker at every level in every organisation is aware of it, has heard the ‘sky falling’ worst case scenarios and has done at least some preparation. The politicians, policy makers, and press will take us all to the brink. I’m sure there will be all-night live news programs with cameras at port facilities on March 29th, just like when one of my analyst colleagues sat in a TV studio on the evening of December 31st 1999 to cover the ‘millennium bug’. Perhaps the real problems that arise will be worse than Y2K. But I’m an optimist. I hope and expect that smart managers across the economies of the UK and Europe will have mitigated most of it.

Contrast that with the financial crisis of 2008. Institutions, politicians and mangers were unrehearsed, unprepared and flying by the seat of their pants. Books, TV documentaries and interviews about what went on behind the scenes are hair raising. We came perilously close – perhaps only a few hours away from – a complete meltdown of big parts of the global banking system and no cash in the ATMs. Social order could have broken down quickly. Yet we did survive that episode and it is in the ‘recent’ memory of older leaders and managers everywhere. They know what bad looks like and how to cope.

Business and IT leaders are not panicked.
I’m looking at incoming data from our latest global CEO survey. I’ll be presenting some of it at four of our CIO Forum events in March (London, Phoenix, Amsterdam and Hollywood Fl.), then publishing full reports in early April.  In the responses, when we asked about top five strategic priorities for 2019, Brexit barely got a mention. Even most of the UK respondents didn’t raise it – though it did feature a little more in answer to another question about ‘top new challenges’. Overall though, I get the impression that it really isn’t the biggest issue for most senior executives in 2019. As one mid-sized company CEO from the building industry told me this week, he’s far more concerned about the effects of payment delays, balance sheet debt, solvency and possible company collapses in the overheated UK construction sector.

I’m not for one minute suggesting Brexit is going to be a walk in the park – far from it. It does risk disruptions particularly to those industries with complex cross border just-in-time supply chains. And yet, we coped with the year 2000 fuel tanker drivers’ protests, and the 2010 Iceland volcanic ash cloud.  I’m thinking we have faced possibly more sudden and severe problems already this century, from Y2K, though 9-11 and the Gulf War, to the banking crisis and deep recession. For brits, it’s time to remember the stiff upper lip, keep calm and carry on. This too, shall pass.

Why “crypto winter” is an exaggerated, unhelpful misnomer