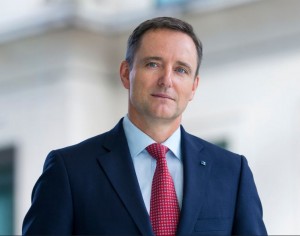 “What do you think is the single most important factor for digital business success?”. I was asked that question recently. It was half way up a mountain, at an executive retreat in a beautiful meeting room with large leather armchairs, windows looking out at snowy peaks and a roaring log fire. Initially my mind started to go into what Daniel Khaneman calls “system 2” mode – slower, more deliberative, and more logical thought. I started assembling a list of possibilities and thinking how to order them – strategies, starting positions, funding, culture, industry structure, competencies, value chain positions … Then the “system 2” voice in  my head popped up – the fast, instinctive, emotional, reflexive response.  I was on my feet in front of a room and already running over time so I decided to trust that voice.

“The CEO” I answered. “Whether he or she gets it and is determined to drive it”.

On the flight home I had time to think about the interaction. Did I give the right answer or an expedient one?  After some proper “system 2” thought I concluded the same thing. Both modes concurred. It really does come down to the CEO.  I can’t think of an example where a company is succeeding at strategic digital business change but the chief executive is disengaged. In nearly all the cases of substantial progress that we cite in our research conversations with clients – the CEO is a visible and obvious protagonist leading from the front. In those where the CEO is not so overtly visible from the outside, they just have a quieter personal style but are no less involved.

Recent examples of individual CEOs I’m thinking about would include, Mark Fields at Ford, Jeff Immelt at GE, Howard Schultz at Starbucks, Maurice Levy at Publicis, Eric Babolat at Babolat, Susan Cameron at RJ Reynolds,Francisco González Rodríguez at BBVA,  James Dyson at Dyson, Mark Wilson at Aviva and others. I can also think of other situations where senior staff and executives keep trying but are ultimately  frustrated by the lack of digital progress they can make. In those cases they will often open up after a while and say privately “the trouble is our CEO doesn’t really get it.”

It should not surprise us that the CEO is the critical factor. Real digital business change is deep, strategic, all encompassing and difficult. Resources must be redeployed, new ventures created, markets opened and exited, investor expectations changed. This is so important that handing it over to someone else just isn’t realistic. Some CEOs will try to delegate the issue away from their desk towards a chief digital officer – but that alone won’t work.  The creation of a CDO role can be very powerful but the CEO still has to actively, support, shape, protect and direct that power. A CDO cannot substitute for an un-involved CEO – unless the kind of digital change being pursued is really only surface level.  As Bill Ruh, CDO at GE said in an S+B interview recently: “I have the title of chief digital officer, but the real chief digital officer is CEO Jeff Immelt.”