Values are the fundamental ideas and ideals with which people associate themselves. Gartner’s consumer values data offers a quantified measurement of those ideas and ideals and a way to understand how comparatively important they are to consumers. 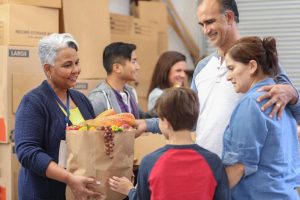 Values are the fundamental ideas and ideals with which people associate themselves.

2020 marks the tenth wave of Gartner’s annual Consumer Values and Lifestyle survey, affording an opportunity to study a decade’s worth of values data to gain a quantified perspective into how US culture is changing.

Looking back over ten years, one thing is very clear: Consumer values are pretty stable. Loyalty (“I am an extremely loyal person when it comes to people, places, institutions, and things that I respect and value.”) has been the top US consumer value every year. And the top 8 values for 2020 have all been somewhere in the top 8 since we began.

In a decade marked by so much cultural division, it’s perhaps reassuring to know that there is consensus among Americans around a handful of key ideas:

Certainly, different countries, cultures generations do have comparatively different values. But overall, consumer values are very stable. Which makes sense: After all, how often do you change your most important ideals?

Values Shifts are Rare, Which is Why They Matter

When we actually do see big changes (shifts of ten or more rank positions over time), marketing leaders must take note. Because shifts may signal changes in the aspirations and ideals of a given population. Values shifts suggest that a population’s collective answers to the big questions of life are changing. What kind of person am I? Where do I belong? What do I owe to others? The way US consumers would have answered those questions in 2010 is not the same as they’d answer them today. Tracking those changes over time is a powerful way to forecast where the culture and even where, attitudinally, a given cohort is headed.

Here in the US, several of the biggest shifts upward between 2010 and today have been in the rankings of values connected to self-protection and seeking refuge: Relaxation, safety, serenity, security and simplicity have all enjoyed upward momentum compared to other values. US consumers are increasingly seeking respite from the contentiousness of the public sphere. 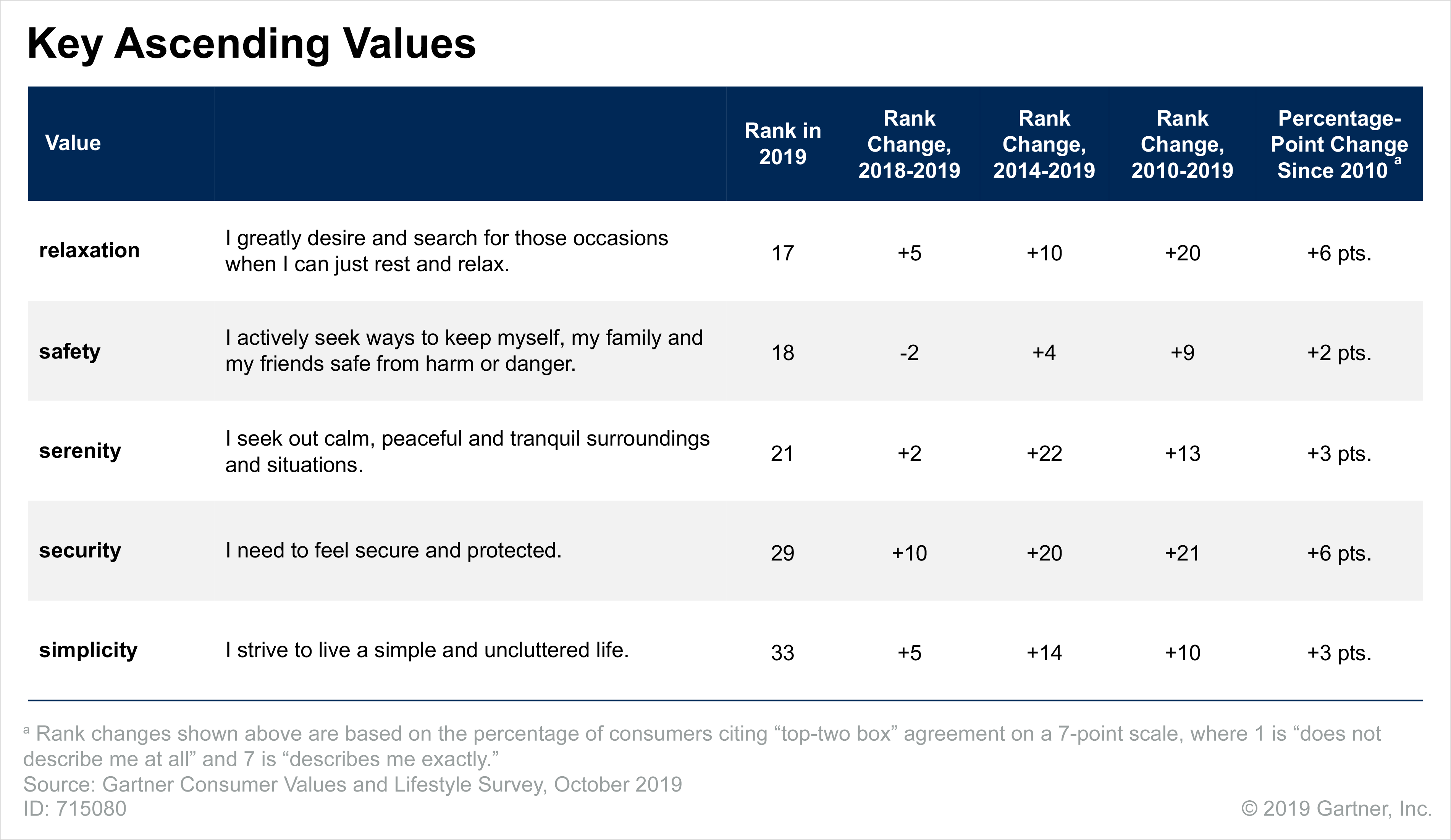 These are values for which the percentage of top-two box response has grown since 2010; which are generally on the upswing in terms of rank, whether measured from 2010 (our first year of data), from 2014 (which we identified as an inflection point for U.S. values)1 or last year; and which have landed in the top third of values this year.

Values in the US that have seen downward momentum –rank and resonance (percentage of people who associate strongly with a value) declines over the last decade – seem to illustrate the same cultural shifts seen in the upward momentum, but from a different vantage. Wisdom, sharing, independence, duty and self-esteem have all seen consistent declines in rank and resonance. Could it be that US consumers, who once felt confident about themselves and the possibilities of new ways of connecting with each other (ie social media) are feeling chastened after a bruising decade of cultural tension?