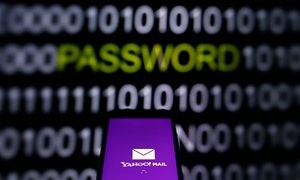 As reported in the news, Yahoo have been not so much popped, as exploded.

I think the key points here are:

It’s clear that there will be an impact on the proposed acquisition, and the markets are reacting to the news. It is disturbing that it has taken so long for the breach to be made public in the light of the data breach notification laws in the USA and elsewhere.

Clearly the upshot of this is that we need to realise that it’s no longer a case of “if we’re targeted/unlucky”  but that we are all targets.