Hand on heart, where were you the last time you came up with a great idea? Most likely it was when you were out walking the dog, travelling on a train, or sitting looking out over the ocean on holiday. In today’s society we surround ourselves with devices, apps and information 24 hour/7 all vying for our attention – another email, another IM, another call…  And in our work place we are generally expected to be able to cope with constant task switching. All of which creates added time for our brains to switch from one task to another and to make matters worse, according to Jessica Harris it takes 25 minutes to fully come back to the task you did before an interruption.

So are you and me sleep walking into a productivity abyss with all the constant interruptions? Quite possibly! And shouldn’t all this tech that we have, as per the marketing slogans, help us save precious time and create more time to switch off? Quite possibly not. Alan Lightman, a professor of physics at MIT says that “Technology and economic progress, instead of increasing leisure time (including ‘wasted time’), have done just the opposite,” he writes in his book  In Praise of Wasting Time.

And just for the fun of it let’s take a macro Economic view and ask ourselves whether there is a correlation between a country’s productivity level and say levels of switching off for longer during summer breaks (as I am writing this in the midst of July). According to Expertmarket, the top 5 of the most productive countries in the world are Luxembourg, Norway, Switzerland, Denmark, and Iceland. What is interesting here is that in the Nordics, it is common practice to take 3-4 weeks out for summer to completely rewind and recharge. And additionally researchers at Uppsala University in Sweden have found a phenomenon called “collective restoration”  where happiness and improved well-being happens when many people take off time at the same time, basically meaning “no-one is sending emails anyways so I can switch off too”. So basically, switching off for a longer period of time could potentially increase a country’s productivity (yep this isn’t a scientifically done correlation as you know and there are other factors that needs to be considered as well, but for now it will do, feel free to tell your boss about it. Might give you that added potential for a longer break :).

Ok so only a small percentage of the population live in the Nordics and can enjoy these perks, so what can the rest of us do? Well we can all chose to take some longer time off and/or switch of our devices every now and then on a daily and weekly basis. You may even work for a super-cutting edge company that has cottoned on to the fact that having time to focus, whether it is just for 30 mins or day or even longer – without the constant distraction of task switching could help generate increased happiness and help time to focus on the  bigger tasks, the bigger tasks that will require more than a super focussed 5mins thinking time than they usually get – you know that time before you go to a meeting and you haven’t had time to prep for it and you need to think fast on your feet scenario? yes? Basically the bigger tasks such as – what do we need to do to change the customer experience, creating new pricing tariffs, how to change the company’s mission statement, or drawing up the idea you have been thinking about that could help save your company’s revenues.. etc – you get the idea. The stuff that is really important but really time consuming but in the end could be your saving grace or push you to the next level on the career ladder.

Great ideas can and do arrive as you are task switching but they are *probably* more likely to appear when your mind has (or has had) the ability to focus for a slightly longer time – away from the constant task and device switching behaviour of the 24 hour society. So go on, get out, go for a walk/run (unconnected!), sit in a coffee shop and stare at people, take a longer holiday than you usually do, start meditating on a daily basis – and see what affect it has. Happy focusing and happy holidaying! 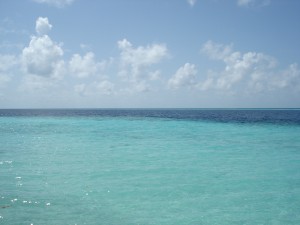 Why the Customer Experience Matters