This is a story I’ve prefaced before on this blog: 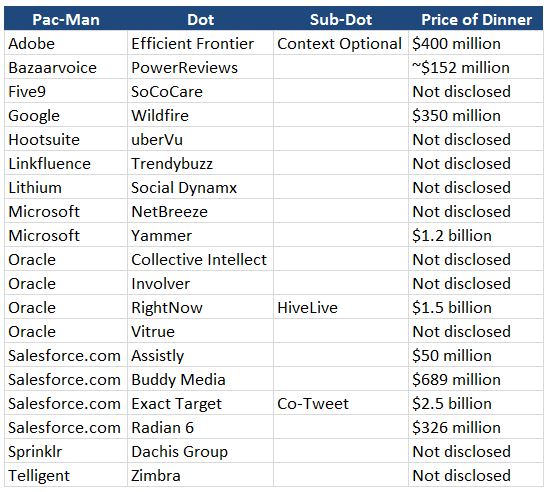 Keep in mind some of those big deals, were for the purchase of more than a social app, but a broader set of apps. Now, the argument could be made for something being more a dot or a sub-dot than a Pac-man, but we’re not here to argue those things. We’re here to see what has happened to these acquisitions, objectively. For the sake of including meat for dinner, let’s only talk about acquisitions that have marinated for nine months+ (I figure if it’s long enough to grow a baby, it’s long enough to make some progress.) 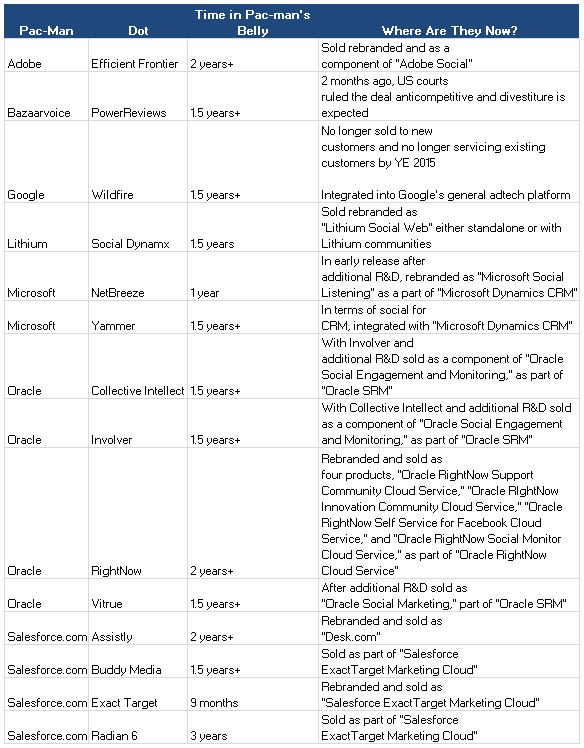 So what’s the point? It’s the same point we’ve been making for the last two years (seriously, look at the old blog posts.) Pac-man eats the dot and hopefully it uses it as the fuel needed to beat out the ghosts, aka competitors. Or in other situations, it’s the end user who has hunger pains after the acquisition.

Wallets are Opening for CX Technology

“Customer Experience” Is Not the New “CRM”