So Jimmy Kimmel does this thing on his show where he’s started having celebrities read mean tweets that were posted in regards to the celebrities. These are definitely worth watching as they’re super funny, but there is something else Mr. Kimmel says that brings up a good point: people regularly say/write things that they don’t take accountability for.

I imagine a conversation taking place between between the guy who called Will Ferrell “dum” and Will Ferrell going something like this:

Guy: “No, I mean, it’s this joke my friend always says. It was an inside joke. It was like, this inside joke we have.”

Guy: “No that’s part of the joke. I know how to spell ‘dumb,’ I spell things every day so it’s not that I don’t know how to spell ‘dumb.’ I was really tired and I had spent the last 8 hours writing and then the ‘B’ key on my keyboard is stuck and I sent the tweet out for review before it was published and the reviewer missed it too.”

Here is the point I am making: no one knows how to admit they’re wrong anymore. I’m guilty of it too, we all are. We’re all willing too take credit for something that goes over well, but not for something which is controversial or just straight up wrong. This is something I see coming to the forefront even more often with corporate social media. Some of you may be familiar with YouTube’s recent decision to ask users to use their real name in an attempt to clean up spammy comments.

People were up in arms! “How could they?!” One person even commented on the PC World article I’d linked to above that they don’t want their name associated with something they chose to do in their spare time. Then don’t do it! This goes for corporate social media as well. Everyone wants to be involved, but at the end of the day, no one wants their name attached to the channel because what if something goes wrong? If something goes right, we can all take credit and claim it was our idea, but if something goes wrong, someone went rogue, it wasn’t our fault.

I have been there, and I get that you don’t want your name associated with a page that you don’t have final say or control over — but then the answer to “whose name do we put on this?” is the person who will take accountability at the end of the day. You want to know why executives get paid so much money? Because at the end of the day, there is no where else to push the buck and they need to take accountability for the actions of their constituents (See: every CEO ever fired.)

My advice for today is to learn how to gracefully accept fault as well as praise. Remember: 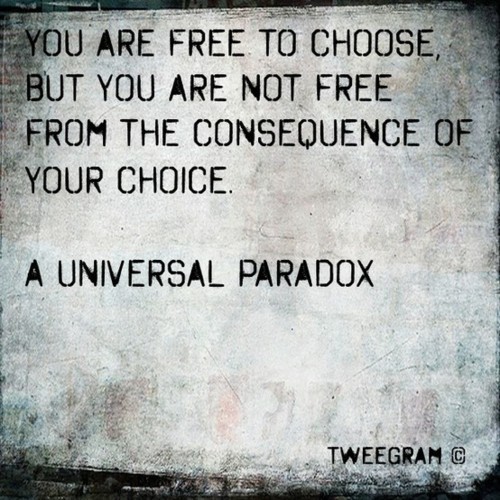 Feel free to point out all of the grammatical errors in this post, in the spirit of my rant on accountability.

Thoughts on The Admitting-You’re-Wrong Dance: Accountability for Social Engagement