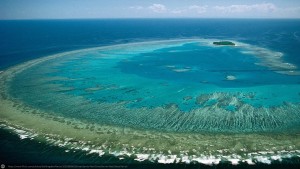 During 2016 cloud computing celebrated its tenth anniversary. Therefore, on the threshold of 2017, we’ll briefly look at what the next decade may bring. Also this brings to a close the version of Tune into the Cloud that published monthly in the Dutch print publication Cloudworks, the magazine where we started this series .

On your tent birthday, as fresh teenager, you’re normally not yet an adolescent – a.k.a, a beginning adult – and you may not be seated at the adult table yet. But there are exceptions. Sometimes things just move faster. Just look at a Max Verstappen, our Dutch Formula 1 phenomenon who – by literally going faster – now starts standard from the front of the grid. And also the cloud has maneuvered itself in pole position for the 2017 race, with more and more “fans” who go for a ‘cloud first’, an ‘all-in cloud or even a “cloud-only” strategy.

But the next decade will not just deal with the phenomenon of cloud computing. In addition to “shared, scalable, elastic, self-service and connected” IT systems there are namely four other areas that must be addressed effectively to provide a viable platform for economic and social activities of the next decade.

The first area is also the most significant, and that is the ecosystem area. In the past, companies bought solutions to optimize or automate their internal processes (eg. applications for billing, production and purchasing, sometimes even integrated into an ERP system). These applications they then used to better take part in the various supply chains they competed in. But if several companies in a chain each only optimize their own process and nobody optimizes across the chain then the officially name for that is sub optimization. And suboptimal is no longer sufficient to be competitive. Hence the increasing need for ecosystem orchestration platforms that transcends the individual players. The tricky part is that the company that takes the role of playing the orchestrator, immediately gathers vast knowledge (and thus power) over the rest of the chain. And with the growing importance of scale, there will be a very limited number of ecosystems. Meaning that for both consumers and producers there often will be little choice of ecosystems to participate in (often there may only be one per area). Just think of the public concerns about the power of early platform players such as taxi service Uber, hospitality player Airbnb and retailer Amazon.

The second area is closely related to the first and is all about interacting with customers and the associated customer experiences. As ecosystems grow stronger, it will be more difficult for individual companies (and governments) to interact with customers through their own websites, call centers or even sales teams. Many consumers and companies in China have grown accustomed to the wall garden of an app such as WeChat , that incorporates functionality similar to Facebook, WhatsApp, Uber, PayPal, Marketplace and dozens of others, under one integrated user interface. Accessing a new market while bypassing WeChat is risky at best. But that means WeChat increasingly determines how your products are offered, how you get paid and in many cases which (potential) customers get to see your offers. How to deal with the expanding power of such ecosystems enablers will be one of the trickiest issues of the coming decade. A discussion we already see some signs of in the current debate about the social impact of fake news and the possible responsibilities of players such as Facebook in this context.

The third aspect is the Internet of things or rather the needed connections to the numerous devices making up this next generation of the Internet. With billions of devices joining it will be increasingly more difficult – and dangerous – to throw on the Internet and then “just see who is coming along and what happens.” While that somewhat hap hazard approach was a big part of the original charm (and strength) of the original Internet phenomena. More and more we will use private or non-public network paths – albeit via software defined – to make contact with a pre-set collection of trusted parties. And guess who is going to decide who exactly is trusted and allowed to participate? Exactly! The same ecosystem enablers that provide the platforms that everybody uses. Providers who incidentally will increasingly carry out their duties and leverage their vast knowledge and data by exploiting the new capabilities of artificial intelligence and machine learning, which make up the fourth additional area critical for the next ten years cloud.

The next decade cloud which will therefore be much more closed than the first ten years. A maybe unexpected change to the cloud, that none the less seems to seamlessly fits with the rapidly changing – economic and social – sentiments about free trade.

With Closer we closed off the four-year series of Dutch Tune into the Cloud columns. The song Closer by The Chain Smokers was – with 12 weeks at number one on the Billboard Hot 100 – one of the most popular summer hits of 2016. It accelerated the duo behind the Chainsmokers to new heights of popularity, very much like we expect form the cloud.