Tune into the Cloud: The Times They Are A-Changin’ 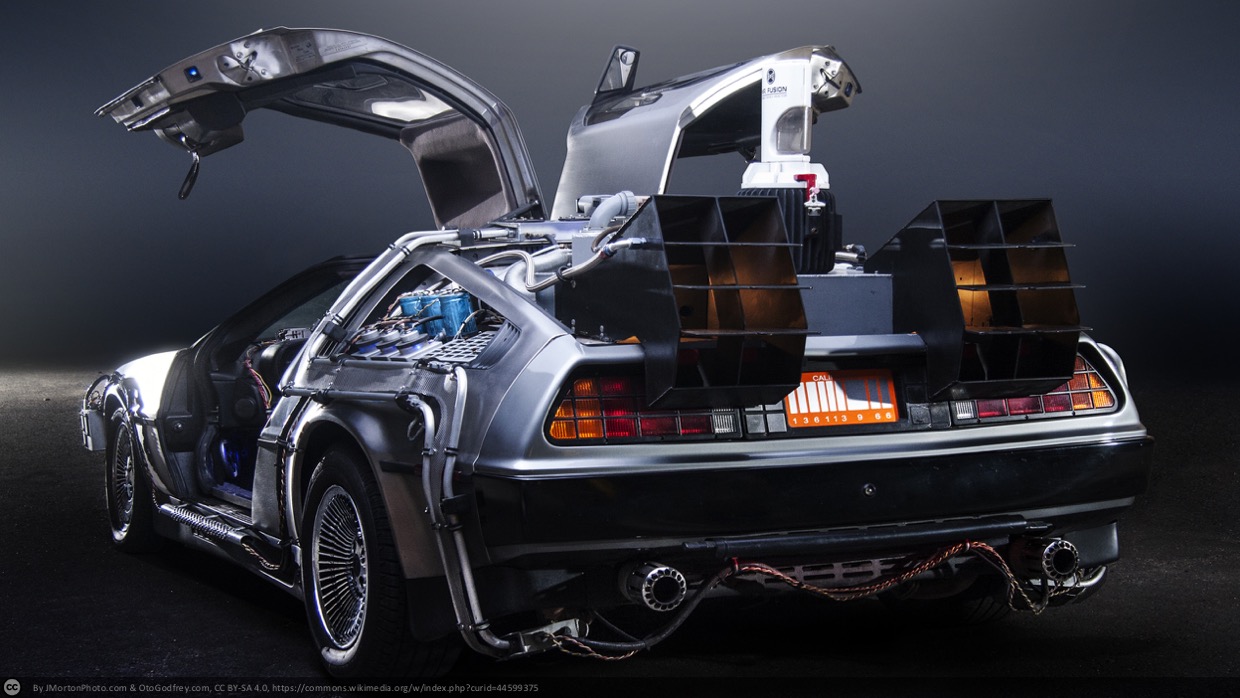 Tune into the future

As in other years, the Sunday Times bundled in February another issue of Racontuer’s special “Cloud in Business” report with its print edition. As mentioned earlier, I had the honour of contributing to these special reports. We started in 2013 with “Cloud Spotting Is The Shape Of Things Too Come”  where we observed “Ironically, uncertainty about the future is one of the main reasons for using the cloud”. Followed in 2014 with “Cloud for Digital Business” which drilled int the role of the cloud for new – increasingly digital – business ventures. Last year we examined more broadly “The Role Of Cloud In  Tech Trends“, while this February we looked – with a slightly lighter movie and time travel inspired tone – at “10 Ways Cloud Is Going Back To The Future“.

Now 4 years may seem long in cloud terms, but actually are just the final stages of the 10 year journey cloud pioneer Amazon Webservices embarked on back in 2006. For an overview of what they learned along the way have a read of Werner Vogels 10 Lessons from 10 Years of Amazon Web Services on his All Things Distributed blog. For a lighter Sunday afternoon look at what  cool movie and other “change of the times” innovations the cloud has been enabling, have a read of:

While businesses around the world come to grips with the impact the cloud will have on their future, it is enlightening to examine how cloud computing has already made many ideas from our favourite books and films a daily reality
10 ways cloud is going back to the future

1. Money crimes
Criminals and crime fighters in our favourite stories have always “followed the money”. When William Francis Sutton Jr, aka Slick Willie, was asked why he kept robbing banks, he answered, “Because that’s where the money is.” As the money moves to the cloud in the form of Bitcoins and other cryptocurrencies, crime will follow – if not to steal it, at least to use it. The cloud will also help us protect our money through an allegedly unbreakable federated ledger technology, spread out across the cloud, called the blockchain, a technology many traditional banks are now investing in.

2. Cloud surveillance
When we first saw Enemy of the State, starring Will Smith in 1998, many dismissed the intense and all-seeing surveillance by a national security agency as dystopian science fiction. We just didn’t know how real those practices had become – in the cloud – at least until the 2013 release of thousands of secret documents by whistleblower Edward Snowden.

3. Virtual reality
A cloud-based virtual world like The Matrix, with Keanu Reeves in 1999, was clearly science fiction up until this year. That is if you believe the reports coming back from the 2016 Consumer Electronics Show in Las Vegas, where new 3D virtual reality (VR) goggles were all the rage. One review even predicted this year would see the first real-life VR casualty. Likely someone tripping over his living room coffee table while immersed in a virtual trip through a gaming combat zone.

4. Social privacy
Social media gives new meaning to the word privacy. In his 2013 book The Circle, Dave Eggers gave us a taste of how it will feel to live in a world where sharing is the new mantra and privacy is considered theft. Maybe we all just have to get used to a cloud-based future where, as former Sun Microsystems chief executive Scott McNealy once put it so eloquently, “You have zero privacy anyway. Get over it.”

5.Future of work
The “future of work” sounds a lot better than “no work, no future”, but the realisation that cloud-based automation and smart algorithms will drastically reduce the demand for labour, and thus the opportunities for work, has even reached the Swiss mountains of Davos and this year’s World Economic Forum. The 2008 Disney/Pixar Wall-E gives an animated, but still disturbing, impression of the inactive and consequently obese lifestyle that could await many, unless society finds a better way to allocate work and income.

6. Robots at home
Lack of work outside the house might imply we will become much more active at home. But as we already saw back in 1962 in The Jetsons, produced by Hanna-Barbera, the fact that George Jetson’s job consisted merely of pushing one button once a day did not stop him from hiring Rosie, the charming robot that travelled by public transport to the Jetson family home each morning. Our home automation and personal assistants will be more stationary, but largely powered by cloud-based intelligence.

7. Time travel
Unlike the 1985 blockbuster Back to the Future, starring Michael Fox, in which the future actually was last year, the closest we’ve got to time travel is being able to generate better predictions about the future, like we do through evermore accurate weather reports. However, in the 2006 thriller Déjà Vu, we saw scientists cause the US Northeast blackout of 2003 to create a worm hole big enough to slip Denzel Washington through. So when the next big cloud outage hits, we may want to check what Denzel is doing that day.

8. Streaming music
Not many artists are as vocal about cloud-based music streaming’s “race to the bottom” as Taylor Swift, but nobody has proven as visionary as the late David Bowie about the phenomenon. Not only was he among the first, in 1996, to release songs online only, he even started his own internet service provider venture. He also predicted, long before anyone else realised it, that touring would be the only viable remaining method for artists to monetise their works and with perfect timing cashed in on his own music rights through a bond-based IPO.

9. TV bingeing
Anyone with teenagers around them will be aware they can watch TV anytime and anywhere. Up until Netflix used the cloud to enable this new reality, the closest we got to binge-watching was sitting through all three DVDs of The Godfather in a row. The only kink still needing to be worked out is that the funding model of most of the world’s TV programmes, namely commercials, is obliterated by the binge phenomenon.

10. The name is James…
For some reason it is always the villains who are building the type of cloud-like globe or even universe-spanning megalomanic technological ventures, while our hero 007 depends on an endless supply of smart but largely standalone gadgets from his ever-reliable source Q. It’s a romantic but unfortunately increasingly unrealistic scenario. Combining evermore data and evermore processing power – in the cloud, where else? – creates advantages that no solo hero, no matter how smart or sexy, will be able to combat.

The Times They Are A-Changing’ is a 1964 song by Bob Dylan written during a time of significant social and societal change.  It has subsequently been covered by artists varying form Nina Simone, Simon & Garfunkel, The Beach Boys, Phil Collins, Billy Joel, Bruce Springsteen and our own “Dutch Dylan” Boudewijn de Groot and ranked #59 on Rolling Stone’s 2004 list of The 500 Greatest Songs of All Times.

Many organizations have no cloud strategy or think they have one. This research describes our top 10 tips to enable enterprise architecture and technology innovation leaders to devise cloud strategies that will maximize the benefits that their organizations derive from cloud services.