At VMWorld 2008 in Las Vegas, Microsoft pulled a stunt that shocked many people. Essentially, Microsoft hired several individuals to dress up in Renaissance-like costumes and hand out $1 gambling chips with business cards that said “VMware Costs Way Too Much”.  It was an ill-advised move that ultimately changed the rules of how VMware treats competitors at VMworld.  (BTW – I would direct you to my previous blog on the event, but we’ve changed our blogging location and it’s gone. Bummer).

Anyway, yesterday Microsoft took out an ad in the USA Today restating their case that Microsoft offers superior value to customers in virtualization, data center, and cloud computing. In an emphatic letter Brad Anderson — Corp VP, Server and Tools – states:

If you’re evaluating a new licensing agreement with VMware, talk to us first. You have nothing to lose and plenty to gain. Not only is Microsoft’s server virtualization solution approximately one-third the cost of a comparable solution from VMware, but also a recent Microsoft study of 150 large companies showed those running Microsoft virtualization spent 24% less on IT labor on an ongoing basis (Learn more at www.microsoft.com/vmwarecompare).

Although I might disagree with some of the assertions in this letter, I have to give Brad and Microsoft some credit. This is a much classier and more professional method to attract customers than the stunt in 2008.  Well done. 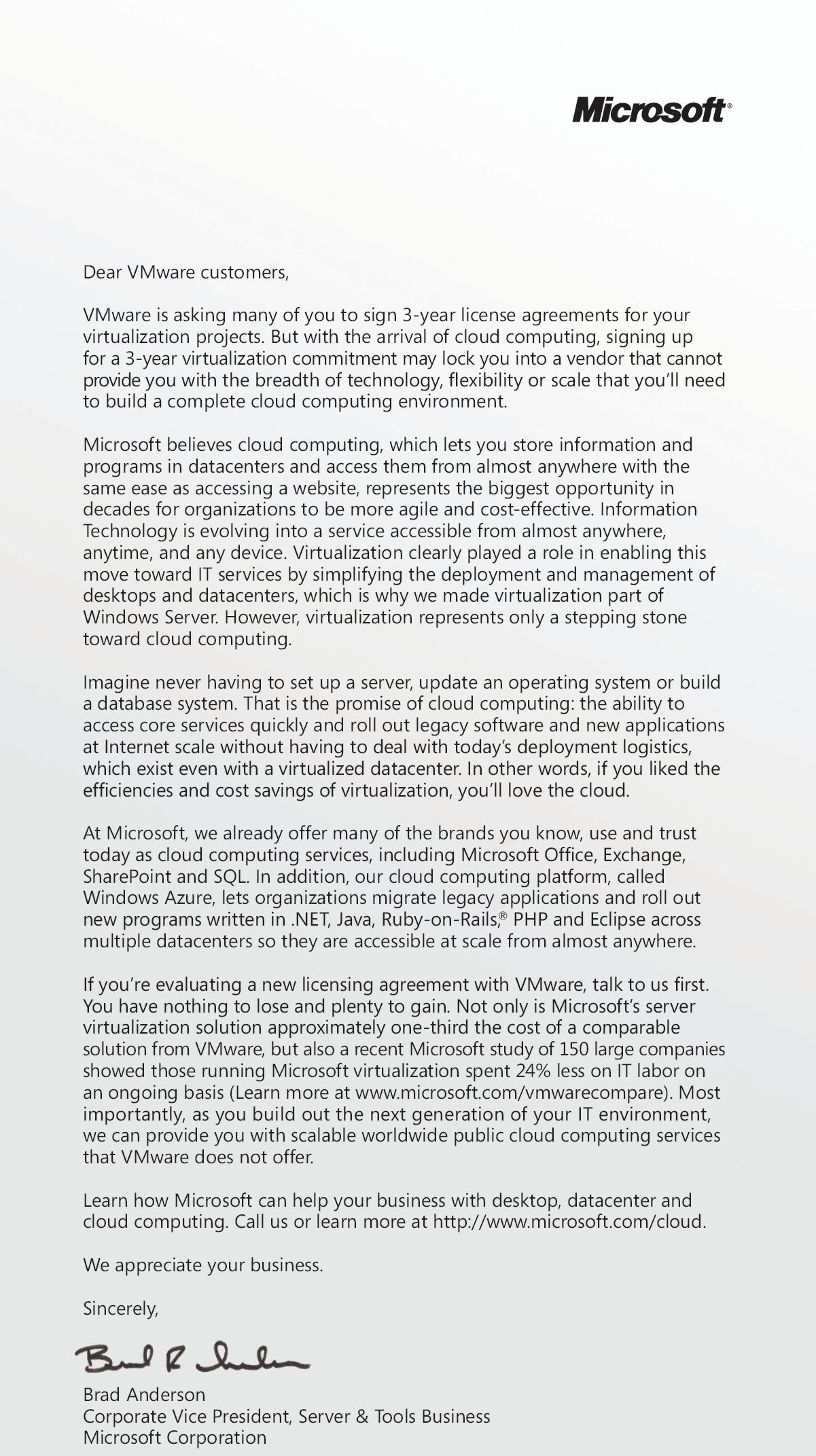 An IoT Business Case Starts with a Cost Model — Part 1

The Dawn of the IoT Architect