by Debbie Wilson  |  December 20, 2019  |  Comments Off on “Floating Point Error at Christmas” by Alexander Buschek

Christmas Eve is the busiest time for Santa Claus. It’s delivery day. The supply-chain Santa Claus has to manage is impressive. Depending how well children behaved, Santa Claus has to deliver more than a billion Christmas presents that one night. To handle this massive supply chain Santa uses a homegrown, old ERP system. Optimized for a one-day-a-year-peak-business. The temperatures at the North Pole are rather low so overclocking his gigantic grid of old computers wasn’t a big deal. 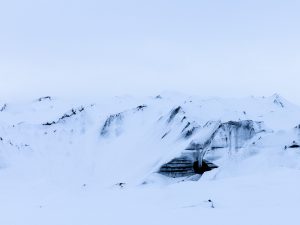 However due to rising demands—the number of Christmas-gift-eligible children tripled since the 1950s—Santa needed to modernize his legacy systems. Children are now using apps for writing their Christmas wish lists. Santa has a hard time integrating these platforms into his legacy system. Santa also detected some wish-list-frauds where kids hacked his computer. The demand for lumps of coal then increased significantly. His old HAL BT/511 must be replaced.

He picked TBQ, a software company based in Germany—well-known for perfect engineering and precision—to deliver the system. The sales-guy guaranteed in broken English “vell, sis iss not a proplemm et ool for uss, misstr Klauss!”

Just after he signed the contract the problems started. Migration of the data was a nightmare (Santa—until then—had no idea what a nightmare was. He hadn’t seen Tim Burton’s 1993 classic, The Nightmare Before Christmas) Orphaned wish-lists—Santa knew exactly how to deal with them in the old system—got lost. And so on. It took much longer than the specialists of the system integrator had promised.

The system was equipped with a new app that was supposed to save half the time in delivery by optimizing the route from chimney to chimney including latest data from chimney sweeper platforms. 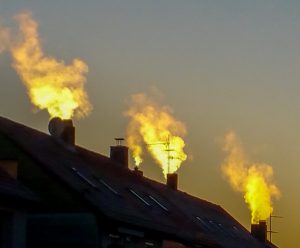 His pal Rudolph was suspicious. Really? Cutting delivery time in half? But Santa said: “Rudy, we have to get our work done! No time to deal with all the details. Millions of children rely on us!” Rudolph wasn’t too happy. Maybe they should have a “plan B” at hand in case things go wrong, he thought.

Time was flying and weeks before Christmas Eve things did not go well. The API to the whish-list platform did not work as expected. And the sluggishness of the system made Santa furious.

A few hours before Rudolph and Santa were about to leave for their annual CGDM (Christmas-Gift-Delivery-Marathon) they started the program and after a few endless minutes the entire screen turned blue. In bright white letters stood:

Rudolph’s nose turned red while Santa’s face turned white. Rudolph tapped him on the shoulder and led Santa in the next room. There was the old HAL BT/511 console. In green letters Santa read:

Jamie woke up still seeing Santa and Rudolph behind an old console. She was all in a sweat. This was Go-Live-Day of the new ERP system replacing the old legacy system. Now reality creeped in. Being the CIO she was responsible for today’s outcome. Cleaning up her mind she thought: She had involved the business way ahead. The CEO was happy to see a clear business case and business value of this investment. The system, interfaces, APIs were all well tested. She drove the change process using Gartner’s ESCAPE model and expectations throughout the entire organization were well set and most resistance faded over the last weeks. And she took the advice from a document she really liked: “On Time, On Budget, Fully Functional and Disappointing: Why Expectations Matter for ERP Success.”

Thorough testing payed off and they were