Once upon a time in a land not so far away there were three public sector organizations known as Public Information for Government Services (PIGS). They were rather small and didn’t have large budgets but they were hard working and dedicated. They knew that their IT systems were old and outdated and the expectations of their customers could not be met without new mindsets, practices, capabilities and systems.

The three little PIGS sent a note out across the land requesting help. They were timid little PIGS and didn’t want to upset anyone with a strongly worded note, so they issued a ‘tender’ one. 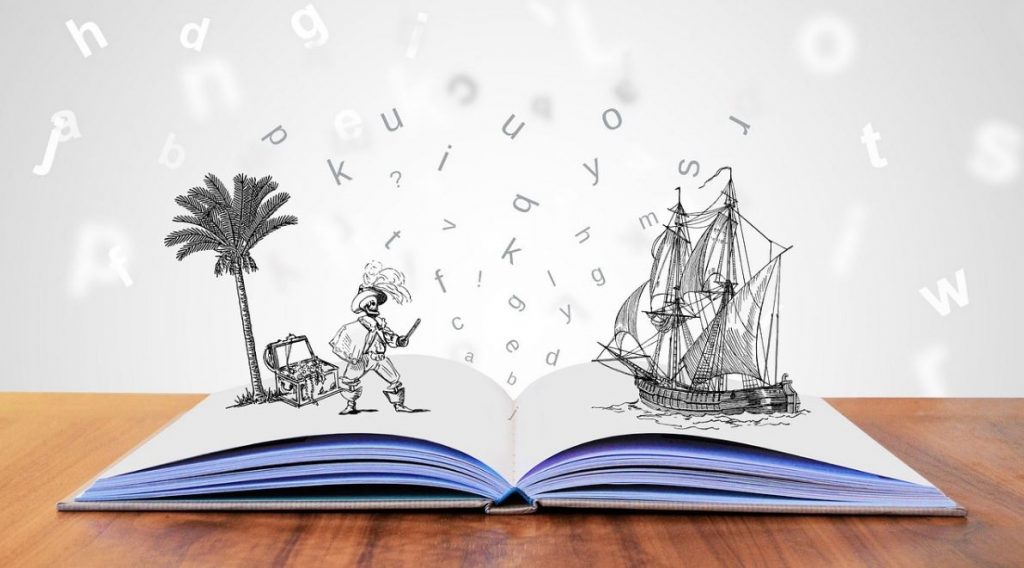 Across the land folk who thought they might be able to help the little PIGS replied to their tender. The tender eventually landed on the desk of the biggest, baddest, most fearful creature in the world. He had been around for a long time and was both cunning and wise.

Whenever competitors appeared to challenge him he often consumed them whole or convinced them to join him. He also had an army of flying lawyers that could swoop down and do his bidding if you made him mad.

Due to past experience and the resulting large bills for replacement straw and sticks, the little PIGS didn’t want to deal with the Big, Bad, Wise Old Litigious & Fearsome (WOLF).

When the WOLF saw the words ‘tender PIGS’ his mouth watered.

Across the country another company was having problems. This company was a supplier to the Prince. They made the engine cover for Prince’s favorite car – the Little Red Corvette. This engine cover was made of good meshed rope. In French they called it a ‘Bon-net’. However, the Prince was American and insisted that the parts used their American name. Due to trademark infringement, they had to refer to any generic mode of ride-on transportation and not a specific motorized vehicle. So, the Little Red Riding Hood Company was formed.

Little Red Riding Hood’s business was growing fast. They were diversifying and didn’t know whether they would remain in the enchanted forest forever. They also didn’t want to commit lots of gold coins up front. Everyone who worked for the Little Red Riding Hood was named Jack. Each one was known by their job. There was Jack the Builder, Jack the Plumber, Jack the ISO9001 Internal Auditor and Jack Who-Could-Do-Everything. He was simply known as Jack (of all trades).

One day on the way to market Jack met a man selling his wares. He sold two types of wares, ones that were hard and ones that were soft. The man told Jack that he could help Little Red Riding Hood. He had lots of hard-wares and soft-wares that they could use. Because he traveled a lot he needed to be able to access these from anywhere so instead of storing them in the forest he stored them above in a magical cloud. He sold Jack some magic beans that grew a huge beanstalk that the trader called his Magical Prize Legume Service (MPLS). Jack went back and told Little Red Riding Hood that they could grow their business now they had all the capabilities they needed in the cloud. Others thought that maybe there were better ways to reach the cloud than MPLS, but they decided to have that discussion another day when the narrator could come up with a better acronym.

So the Little Red Riding Hood Company grew and they liked the cloud so much they told GrandMA about it. GrandMA bought a cloud too but bought theirs from the Big Bad WOLF. Over time it got tiresome for the folks from the two companies to constantly climb down and up the beanstalk when they wanted to share things. So they found another trader who made a bridge connecting the two company’s clouds and business was booming.

Then the Big Bad WOLF appeared and said that he could build a better bridge and solve all their problems but it would require two new clouds, new beanstalks and some more gold coins. The new clouds weren’t ready just yet but the existing one was going to go away and so GrandMA was going to have to move whether they liked it or not.

Jack was confused as he hadn’t meant to cause problems for the Little Red Riding Hood Company and GrandMA. 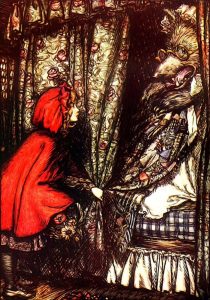 GrandMA was frustrated. They were just trying to do business and didn’t find it fair that the Big, Bad WOLF was treating them this way.

The Big Bad WOLF told everyone that the three little PIGS were very happy with their new cloud.

The trader remained angry and insisted they all went to the Enchanted Castle where the King would hear their arguments in the large stone-floored quadrant at the center of the castle.

On their way to the castle the Trader, the Big Bad WOLF, Little Red Riding Hood Company and GrandMA grew tired of arguing and came to an agreement. They set up camp for the night just outside the castle walls. No one knows exactly what was said. It is just known that they settled out of court.

During that night a stranger appeared. He had a huge tome of information that he had gathered on the castle’s guards and the Ne’re-do-wells that they had imprisoned in their dungeons. He introduced himself as a representative of ‘Guard Ne’re Research’. He used to be responsible for executions and was so good at his job he was given the title of Count. He was A Count Executive (AE).

The Guard-Ne’re AE helped them understand that if they worked TOGETHER they could all achieve great things. He told them about nearly 2000 mythical creatures that were very smart and were known as A-Lists. He said that there was An-A-Lists within Guard Nere Research that could help them with all of their business and technology opportunities and challenges.

They all agreed to work together with Guard Ne’re’s help. The AE suggested they meet with other like-minded folks in a magical place. Many wanted to meet at sea and when the AE said ‘Or Land’ they all said ‘Oh’. ‘That sounds like a good name’ said the Narrator.

So the wise companions met in Or-Land-Oh.

And they all lived Happily Ever After.