“Trust, but Verify” by Duy Nguyen

Recently I took a business trip to a country in Europe and my airline reservation was booked through a well-known travel agency and airline company U.  On the day that I was scheduled to fly home at 8:45am, I received a text and an email notifications from the travel agency at 4:30am.  Both of the notifications were to inform that my first leg from Turkey to Munich was delayed for 165 minutes and please call them for further assistance to rebook the final leg from Munich to US. 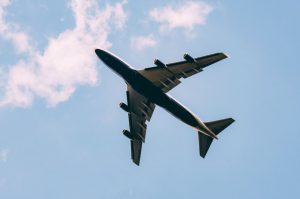 Anxious to be home after a 9 days business trip oversea, I call the travel agency back immediately.  As it turned out, their tracking system was still showing the flight for my first leg as on time.  Therefore, if I decided to reschedule the final leg, there will be a service charge.  Great news I thought.  Must have been a false alarm.

But I took no chances.  Within less than 10 minutes I was well on my way to the airport.  If the delay was a false alarm or they were able to recover, I want to see the real time update with my own eyes.  Well, turned out the flight time on the departure monitor confirmed the delay and my issued plane ticket solidified the status with the boarding time at 10:45am for an 11:30am flight to Munich, not 8:45am.

When I checked on airline company S, I saw that they have a WhatApps number to contact their support team.  Never used WhatsApp in my life.   But why not, I am a Gartner’s analyst after all.  My technology savvy hand navigated the Apple store and downloaded WhatsApp, registered for an account, and initiated a chat with airline company S.  The support agent asked which airport I was at and the flight number.  For the love of God, this is an agent that have direct access to airline company S system.  Even after I sent him/her the picture of the departure monitor clearly indicated the flight was delayed, and a picture of my boarding ticket with the boarding time at 10:45am, the agent continued to insist that it was showing in his/her system the flight was on time and I need to talk to an airline representative onsite.

Sensing that the agent at check-in counter could have assigned me to the wrong flight (although the flight on the boarding ticket matches my itinerary), I have to ask the police permission to exit the passport control lane in order to go back and talked to the airline company S office.  I couldn’t take my passport with me or my carry-on bag and must leave them at the passport control counter.  So, at the airline company S office, they told me that they do not have direct integration with their partners.  They claimed that once the flight is in the air, they will email airline company L, and my final leg will reschedule automatically.

From the time I received the notifications from my travel agency that the first leg was delayed, to how all the airline tracking systems were still showing the flight was on time, and I was not registered for my final flight home to the appropriate airline, remains to be a mystery.  But now I can attest that in the business applications world, you can’t fully trust all processes to be integrated or automated.  There will always be a need for manual process to play a critical role to save your day.