Up until the last 5-10 years, on-premise ERP solutions dominated the IT landscape. A key role in supporting those systems was the Business Analyst. Since that time though, cloud has emerged as the new platform where most ERP functionality will be delivered. With that a new role is also coming that will replace the Business Analyst, the Cloud Analyst. 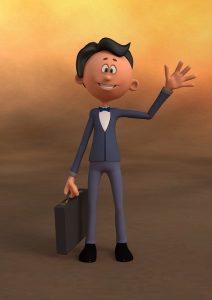 Before I discuss the Cloud Analyst, it is worth looking into why the Business Analyst title fit the last generation of ERP support. “Business” came first in the title and everywhere else. A part of the naming is that ERP changes originated in the Business. Internal end users would make their request to an Analyst, thus placing the Business Analyst in the role of order taker.

The old Business Analyst would:

This cycle and Business Analyst role places IT in a reactive position. IT becomes the organization of ‘no’ since not all change requests can be made, or at least made as quickly as the business wants them. This role and model caused IT to be seen as a cost center instead of a leader and value driver. The cloud along with the Cloud Analyst role can position IT as an innovation leader.

Moving to the cloud, the old title of Business Analyst no longer fits because most new functionality now starts in the cloud with best practices developed by the vendor. It does not start in the business. “Cloud” is where everything starts, including the job title. All major ERP vendors now spend the vast majority of their R&D dollars on their cloud solutions. The title of Cloud Analyst is now most accurate.

The new Cloud Analyst will:

The Cloud Analyst role will be vital in allowing CIOs to shift the organization mindset so that spending in IT is seen more as an investment which can drive exponential productivity gains. There is a term for this in the military, it is a “force multiplier”. When assets and technology are deployed in conjunction with soldiers, it multiplies the effectiveness of that fighting unit. An example would be that 100 soldiers on foot have a force level of 100, since that is the base level. When the same 100 soldiers fight equipped with some jets, they have the force level equal to 500 soldiers on foot, making the force multiplier of the jets x5. With the right ERP system, employees should be multiplying their productivity. Just as jets allow soldiers to literally take to the clouds, the IT department should use the cloud to exponentially enhance productivity. On the front lines will be the Cloud Analyst.