Being an analyst, you’re surrounded by a diverse set of colleagues who are curious by nature.  We come from a wide-range of career backgrounds. Most of us hold non-IT related degrees covering everything from science and medicine to fine arts and music. The skill of being an analyst is taking all of these diverse, interesting, and often conflicting viewpoints and applying them to what’s happening in a given research space. We need that skill because, when we get together to collaborate on research, our discussions hare off into all sorts of directions. 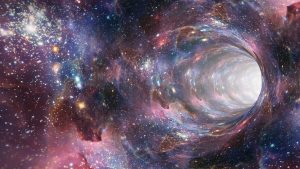 ERP’s evolutionary path is a good example of how this sometimes weird and wacky process works. And it shows how we often “get our geek on” when discussing these things.

We’ve been looking at what’s happening to ERP for quite some time. Back in 2013, we put an innocuous profile called the “devolution of monolithic ERP” on that year’s Hype Cycle. Now, I’ll be the first to admit the name was quite a mouthful. We knew changes were afoot though and we needed to call it something. The name debate raged for about six months until someone applied their liberal arts degree and said, in a rather throw-away manner, “it’s postmodern in its deconstructive nature.” The term stuck and “postmodern ERP” was born.

Recent discussions have us once again calling on non-IT examples to explain the shape of things to come. Pity my poor colleague who introduced Copernican thought to the discussion. I don’t think he was quite prepared for the level of geekiness he was inundated with. Hang on, because I’m about to take you on an abbreviated trip through the wave geekdom that followed his suggestion.

While Copernicus’s solar-centric thinking was certainly revolutionary and its impact cannot be dismissed, at its heart it’s still dealing with the Aristotelian view of immutable heavenly spheres and a human-centric universe. That is to say, it wasn’t completely breaking the shackles of its past.

In many ways, this is similar to the monolithic to postmodern evolution viewpoint. Copernican thinking still places our human-centric solar system at the center of the universe. In postmodern ERP, we’re still discussing “ERP” in ERP-centric terms. Both viewpoints are inward looking. If we want to talk about a real shift, then we need to move from a heliocentric view to a cosmological one.

That’s what our latest ERP research is trying to do. We’re attempting to shift our understanding of what “ERP” is from the Renaissance era to 21st century. ERP is no longer about “resources” or “planning.” It is increasingly changing its focus away from being solely on the “enterprise.” It is evolving to be something much more expansive. ERP is becoming more about holistic enterprise business capabilities (EBC).

Breaking the shackles is hard though. Changing decades of ingrained thinking about what ERP is and isn’t won’t happen overnight. Realistically, we may never get away from the term “ERP” as its usage is so ubiquitous and shorthand “enterprise systems” for many people. Whatever we end up calling it, we do have to change our thinking about what it is. We need stop talking about Aristotelian immutable spheres and start talking about multiverses.

Look for more on this shift and the emerging EBC thinking in our upcoming research.