“Resentments Under Construction” by Paul Saunders

by Debbie Wilson  |  February 5, 2019  |  Comments Off on “Resentments Under Construction” by Paul Saunders

American author Anne Lamott is quoted as saying ‘Expectations are resentments under construction.’ Unfortunately transformational ERP initiatives often prove this adage to be true. As ERP teams focus on delivering all functionality on time and on budget (the ‘what’) they often miss  communicating the expected business value and its relevance to the overall organizational strategy (the ‘why’). 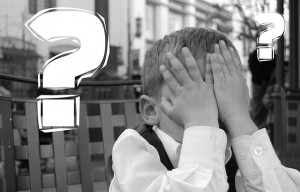 Based on over 4,500 interactions with Gartner clients since 2016, we estimate that in addition to the 20% to 25% of ERP initiatives that are considered failures, 55% to 60% are compromised in some way by the organizations undertaking them. This results in a gap between end-user expectations and the delivered reality. In our research ‘On Time, On Budget, Fully Functional and Disappointing: Why Expectations Matter for ERP Success’ Christian Hestermann and I highlight some of the reasons for this gap. Here are a few examples:

There are many more examples of the importance of setting clear, realistic and attainable expectations within the research note. It is key to realize however that clarifying expectations does not equate to satisfied end users. The goal of an ERP program is not to satisfy individual end users but to satisfy the strategic objectives of the organization.

Anyone who has ever led or been part of an ERP program will probably agree with the philosopher and writer Bertrand Russell who said ‘man is a rational animal. So at least I have been told. Throughout a long life I have searched diligently for evidence in favour of this statement. So far, I have not had the good fortune to come across it.’