“Into the Inferno: ERP Lessons from the Black Saturday Fires” by Denise Ganly

by Debbie Wilson  |  January 25, 2019  |  Comments Off on “Into the Inferno: ERP Lessons from the Black Saturday Fires” by Denise Ganly 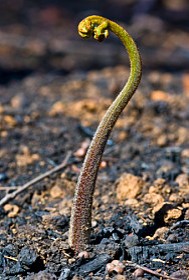 On 7 February 2009 Victoria experienced the worst bushfires in Australian history. Black Saturday took the lives of 172 people as the fire services struggled in hellish conditions. It remains a defining moment for Australians. We can tell you in vivid detail where we were and how the horror mounted as the day wore on. You’re probably wondering, however, what on earth this has to do with ERP.

Well, a Royal Commission was formed to look into why this tragedy happened. It found broken organizations, inflexible processes, unprepared personnel, and inadequate technology exacerbated the crisis. The hard-won lessons of Black Saturday can be applied to ERP. While we are not typically facing life-threatening situations in ERP, we have challenges that involve agility, organizational changes, people issues, and technologies.

Agility – One of the most significant lessons learned was the need for agility. Historically, Australian bushfires were fought in a manner best compared with trench warfare. The fires were relatively slow moving. Therefore, chain-of-command type processes worked fairly well. Everything was checked and authorized through command and control. This is how many of our ERP processes work today. However, the Black Saturday fires were akin to the Blitzkrieg. They moved at unprecedented rates, outstripping centralized command’s ability to cope. Urgent pleas were lost in bureaucratic quagmires. These fires were like digital business. Rapidly moving, ever changing. And this is why we need agility in our processes and in the governance that supports them.

Organizational Changes – The conditions were right for the infernos that ensued, but other factors contributed to the scale of the tragedy. Organizational issues led to interagency disputes. A number of agencies were co-located and operated a central iECC. The iECC success was limited by inconsistent operating procedures between the agencies, confusion surrounding responsibilities and accountabilities, and lack of understanding of who was in charge. These are critical learnings for ERP as we move more of our portfolio to various cloud providers and as more “IT” responsibility moves into other departments. How parties interoperate, who is responsible for what, what happens when a failure occurs, etc must be determined and tested.

People – Although many heroic acts took place on 7 February, people contributed to the tragedy as well. Leadership at the highest levels was lacking. No one person was in charge. Many people in charge at the field level were inadequately trained to perform the roles they were thrust into. The “by the book” mentality of many in leadership hamstrung those trying to fight on the frontlines. Training levels were not standardized across agencies.  ERP requires leadership especially in the face of changing technologies and business environments. People are the major success factor for ERP. Aging skill sets, legacy application reliance, emerging technologies, poor team cultures, and ContinuousNext environments are putting pressures on our teams that must be addressed.

Technologies – Technology failed in a myriad of ways on Black Saturday. Power lines and phone lines were down, mobile telephony was either jammed or non-existent, integration between interagency systems failed, data formats were inconsistent, vital websites lagged hours behind and were then overwhelmed with hits, the preferred public communication channel was AM radio. The list is seemingly endless. Lessons for ERP here include the primacy of data and data management; turning data into actionable information; understanding how all of your customers, suppliers, employees and constituents want to interact with you and catering for all of these; ensuring redundancy in your mission critical communications channels (which may mean some processes or regions can’t move to the cloud); and ensuring integration is robust and well-managed.

Consider how these lessons can be applied to your organization’s ERP efforts. You may stave off potentially catastrophic failures if you do.