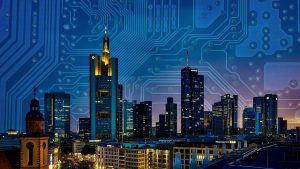 We have seen multiple cities, especially in Asia make announcements about intentions to launch government issued reward tokens as part of its smart city initiative (e.g. Seoul S Coin and Municipal Tokens). The apparent goal is to encourage citizens to participate in the use of public services, increase the tax base, foster economic activity and respond to government sponsored questionnaires. Providing feedback in terms of social services will entitle citizens to receive tokens in the form of a reward. Once collected the tokens can then be spent on goods and services, often via their mobile phones at different merchant outlets.

There are few things to consider with these announcements. First, not all such tokens are pure crypto, issued using blockchain (eg: Belfast). There are thousands of private loyalty and rewards schemes in both physical and digital form. Second, these experiments are not new in the context of government initiatives, especially municipalities, that have been trying to nudge citizens into adopting certain, different behavioural patterns.

However, some of the latest experiments seems to be inspired, in part, by some Chinese cities in relation to the establishment of social credit programs (see: China Social Credit). These schemes can be good if conducted in a decentralized context and therefore providing citizens with transparency about the rules of engagement and individualized control over their data. And potentially bad if these schemes and tokens are programmed via centralized governance mechanisms with limited transparence. For example, the S-coin in Korea is allegedly going to be programmed by the government and they will determine the boundary conditions for issuance and use. In many cases the operation of such systems is managed by private third parties, as in this case, which may be problematic without rigorous oversight concerning ethical practices and monetary policy.

However, if such schemes can be constructed to allow for greater levels of decentralized control, the potential exists for broader societal benefit via increased community engagement, and fairness. This would have multiple implications for enterprises as well, such as legitimizing part-time and contract workers, especially in a small business context, which is helpful to the worker and the employer. Directly tying reward mechanisms to output can improve productivity and encourage both social and financial inclusion. Indeed, there are significant opportunities to link such schemes to social programs for housing, healthcare etc. Reducing the critical state of the homeless in most cities around the world would be a laudable outcome.

However, it is unclear exactly how such schemes are programmed and what transparency and governance exists over that programming. And this level of opacity strongly applies to the data strategies adopted when designing smart cities. Smart cities in many places are under fire for opacity surrounding data collection and analysis (eg the Waterfront Development Toronto). Data is one of the four business currencies (data, contracts, access, technology) that digital giants and mega-multinationals, and in some cases governments, want to acquire and manipulate for their own, and not necessarily the customer or citizen benefit. Cities everywhere (let alone smart cities), including private corporations are deploying sensors and scanners to collect data about everything. Attaching pre-programmed monetary mechanisms to these initiatives could just as easily disenfranchise rather than enfranchise individual citizens. Perhaps the Government of British Columbia offers an alternate and more positive approach. By using the elements of decentralized self-sovereign identity to enable citizens more control over their information and therefore value, the programmable society takes on a different aspect with more engaged citizens.

These issues raise several critical social questions: is the historical social contract between citizens and governments still fit for purpose? Is it possible for governments to manage effectively the evolution and oversight of powerful technologies like blockchain, AI and IOT? If citizens are aware of the rise of the surveillance state, do they care, even if that surveillance and control of the four business currencies is operated by private (unelected) actors?

These are massive societal issues that require urgent attention.

David Furlonger is a Research Fellow at Gartner. He pioneers in the field of blockchain, and foresight research. He is the author of a new book: The Real Business of Blockchain: How Leaders Can Create Value In A New Digital Age.

Can you Afford U$90m for a Piece of Art?