Rapa Nui, a small island off the coast off Chile better known as Easter Island, is famous for its moai. These giant statues stare inscrutably inland, backs to the sea, as if to witness the unfolding story of the island.  That story did not have a happy ending. I can’t help but see it as a metaphor and cautionary tale for our Information Age and the Internet upon which it depends.

When Polynesian adventurers first settled Rapa Nui around 1200 AD, it was a lush paradise, ideally suited to farming and foraging. The island sported as many as 16 million trees and ample resources to sustain a growing and thriving community. This bounty did not last. When Captain James Cook arrived in 1722, the island was a barren wasteland nearly devoid of edible flora and fauna. Yet when the native population first met the Europeans, the locals did not ask for food or provisions.  All they wanted to know was how much the visitors wanted for their fancy hats.

Urgent negotiations for foreign fashion is hardly the reaction one would expect from a starving population when well-provisioned visitors arrive.  For that matter, building enormous statuary seems an unlikely pastime for people clinging to a tenuous livelihood. As archeologists Terry Hunt and Carl Lipov explain in their wonderful book The Statues that Walked, the Rapa Nui people were not starving. Neither were they living off of the long-depleted plants and animals native to the island. They had instead become accustomed to a diet consisting almost exclusively of the invasive species that had destroyed the islands ecosystem, R. exulans: Pacific rats.

When the first Polynesian settlers came to Easter Island, rats stowed away on their canoes. Once they landed on their new home, with no natural predators and plenty of palm roots to eat, they went on a binge.  The rats destroy trees at a rate only exceeded by how fast the vermin reproduced. Eventually, the rats eliminated 20 other varieties of forest plant, six land bird species as well as multiple sea birds.  Eventually, the vermin were pretty much all that was left to consume. The Rapa Nui didn’t seem to mind.  The rats were plentiful and eventually the people must have gotten used to the taste. My Twitter feed has followed a similar trajectory over the years.

When the Internet was first taking shape, it promised to be a paradise of unlimited information, unmediated interaction, and boundless social connection. This is not the internet we now inhabit. As we populated the online environment, we brought with us several invasive species, (search engines, social platforms, content marketers) that are consuming the internet’s natural resources for their own benefit and propagation regardless of the cost to the rest of us. These platforms are destroying the verdant information landscape and turning it into a wasteland of monetized manipulation.

This is not to suggest that platforms like Facebook, Google, TikTok, and Twitter should be done away with.  Their public facing services can be quite useful and in some cases are now essential infrastructure.  The problem is in how those services support and mask the business models and practices at the heart of these companies. Without exception, the giants of the online world depend on engagement to make money and use surveillance and manipulation to garner and grow user attention. What data these platforms collect and how it is used is hidden behind impenetrable layers of user license agreements, trade secret claims and flat-out deception.

These practices are the burrowing rats gnawing at the roots of the web until it is too late. Factual information collapses into conspiracy and disinformation, marketing becomes manipulation, conversation ends in cancellation. Sadly, we are getting used to it.  We may even be developing a taste for it. Those who have grown up with the web have never known anything else. So, instead of sounding the alarm and demanding change, we are more interested in getting the fancy hats these platforms offer in exchange for our attention and personal data.

We are at a point in time where we have the opportunity to course correct the destructive trajectory of the digital economy.  As I described in my last post, the Platform Accountability and Transparency Act is beginning its long, uphill battle to become law. In essence, the legislation would require major platforms to provide operational data to researchers under strict supervision.  This would begin to shine light on potentially destructive practices, essentially driving out the rats while preserving the trees.

This legislation is necessary because the major platforms have repeatedly demonstrated that they are uninterested in understanding and addressing the problems inherent in and caused by their products and practices. They are even less interested in making the necessary data available to researchers who want to understand the dynamics of the digital economy.  For the titans of the web, the motto “Don’t Be Evil” has become “Don’t Get Caught.”

As we prepare to emigrate from the Internet to the Metaverse we run the risk of bringing the same destructive species along with us, stowing away in the products and services we will consume. Without new rules, there is no reason to expect architects and administrators to behave any differently than they have to date. They are already gathering their forces and laying the foundations. Today, the Wall Street Journal reported around 100 people on the team developing Microsoft’s HoloLens augmented-reality headsets have left to join Facebook parent Meta. Once there, they will likely be utilized to perpetuate the same invasive and manipulative practices that have become endemic to the digital economy.

Efforts are underway to reclaim the landscape of the Internet and to protect the open territories of the Metaverse.  While PATA provides legislative support for transparency and research, the Deep Trust Alliance is building coalitions and networks across industry to fight deepfakes and disinformation.  Private firms like Graphika and Echosec are providing the means to trace, track and refute disinformation. Academic centers such as Oxford’s Internet Institute and Stanford’s Internet Observatory are providing deep insights into the social science of the Internet.

These entities are the activists striving to restore the Internet to its original promise and to protect the Metaverse from following the toxic path of its predecessor. But like any ecosystem, physical or virtual, activists alone can’t effect change.  We all need to change our behaviors, paying more attention to privacy, demanding transparency more vocally and scrutinizing our information sources more objectively. Unless we do so and en masse we, or more likely our avatars, will end up dotting the metaverse like statues, staring impotently at the toxic landscape wondering what happened to our beautiful island. 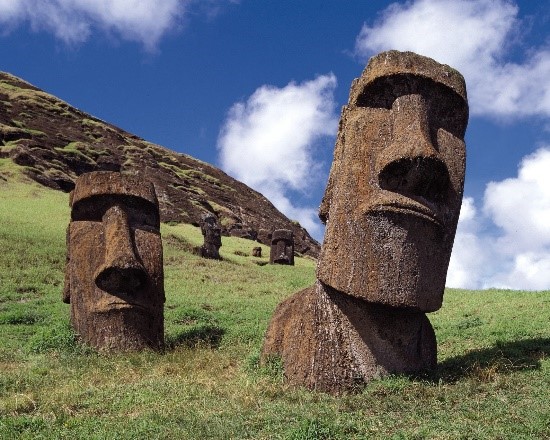 OSint for the Masses: Going Beyond Social Monitoring

Bias Labeling Is Useful, but We Need a Better Approach

Discover a tool for data and analytics leaders in the...

Get answers to the most-pressing questions from you and your...