I really hate censorship.  My career as an analyst and recovering academic has been devoted to the discovery and delivery of accurate information.  My wife is a librarian, devoted to helping students find reliable information and answers. When I am told that my advocacy of fact-checking amounts to supporting censorship…well, I get a little irked.

The accusation isn’t new but over the past several years, it has become the go to defense by those caught in a fib. Utah Senator Mike Lee made this point explicitly in an October 2020 Senate hearing when he said “When I use the word ‘censor’ here, I’m meaning blocked content, fact-checked, or labeled content.”  Tucker Carlson of Fox News went further warning “censorship is now everywhere. It’s why the tech companies started censoring the president. It’s why they’re getting more and more aggressive in silencing you.” His complaint? Fact-check flags on social media content.

Censorship is the intentional suppression of information. A fact-check label does not do this.  It serves as a warning that content is disputed or dubious. It does not prevent the reader from accessing or consuming that content.  It serves roughly the same purpose as a “This Product Contains Peanuts” label on a candy bar. It doesn’t prevent you from choosing to eat that Snickers, but if you have an allergy the presence of peanuts is good information to have. Make your own decision, but at least make it an informed decision. A good fact-checker not only flags the suspect content but provides links to resources demonstrating why it was flagged.

This does not mean that fact-checking can’t be abused. Labels and warnings based on value judgements rather than objective and demonstrable evidence can be and frequently are used as de facto censorship. My wife the librarian feels very strongly about this.  Certain library patrons constantly demand that books they don’t like carry “advisory labels”.  This is called “viewpoint labeling” and is a violation of the American Library Association’s Library Bill of Rights. 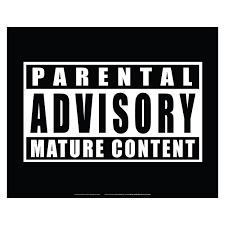 “Viewpoint labeling is designed to restrict access based on a value judgement that the content, language, themes, or views of the author of the resource are appropriate or inappropriate,” according to the ALA’s Ann Martin. “Prejudicial labeling is used to warn, discourage, or prohibit users from accessing material.” This is censorship.

Some media outlets misuse fact-check labels and warnings in a very similar way.  When an opinion piece or speculative prediction is labeled as “false” a value-judgement is being assigned.  Factual assertions within an op-ed can be evaluated for veracity, but an overall opinion shouldn’t be.  Fact-checks can show that an opinion is unsupported by the facts, but a blanket label of the opinion itself is clearly intended to “warn, discourage, or prohibit users from accessing” the content.

This misuse of fact-checking is often just a clumsy mask for content moderation.  Social media platforms don’t want to jeopardize their section 230 protections by making overt editorial decisions (a perverse misreading of the statute) so they instead couch them as “fact-checking”.  As Will Moy, chief executive of UK based Full Fact has said, “When an internet company comes in and makes its own content moderation decisions, under the label of fact-checking, that’s not fact-checking.”

When evaluating fact-checkers and the tools they provide, make sure they are objectively judging assertion of fact rather than subjectively judging an opinion.  It is a fine line that gets fuzzy when judging bias, but that is a topic for another post.

When Librarians Become Outlaws, Industry (and everyone else) Loses

There is no Red Pill for Knowledge Management