There are multiple overarching objectives depending on the issuer(s) of the stablecoin. Some implicitly aim at replacing money and/or improve its velocity by correcting the volatility associated with cryptocurrencies and, again in theory, to improve liquidity.  As part of this objective, proponents expect stablecoins to more effectively manage specific context such as cross-border payments.

Much of this thinking is misguided. To begin, stablecoins are immature at multiple technical, economic and usage-specific levels. While they may improve access to additional market liquidity, in of themselves they don’t necessarily add to liquidity overall. Contextual management of cross-border payments also implies a given pre-existing understanding and behavioral willingness to use them in spite and/or instead of as or more effective alternate solutions. Exploring the ways they attempt to alleviate volatility also reveals some fundamental challenges. And this also helps to define them in more detail. 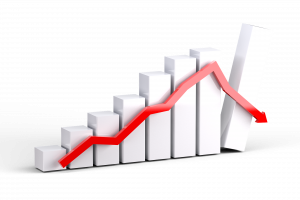 The Shape and Form of Stablecoins

Another issue that deserves more attention is the claim that stablecoins are smart money since the smart contract is responsible for managing the collateral, trading behavior, market operations – including the terms and conditions of doing business with different entities. But this demands more scrutiny of the smart contract construct: Who wrote it? Who controls its execution? How is it secured? What are its dependencies? Can they handle the need for circuit breakers?

Furthermore most stablecoins have not been successful in maintaining price parity with the underlying fiat currency they were pegged to.  And this includes the dominant and most simplistic type of stablecoin, the Tether collaterized off-chain stablecoin. As mentioned above, there is also some issue with opacity. Regulators such as the US Justice Department and Commodity Futures Trading Commission have explored the role of the Tether stablecoin as a tool to manipulate the Cryptocurrency markets, with the New York Attorney General investigating  the Tether issuer cf. https://www.natlawreview.com/article/bridging-week-gary-dewaal-april-22-26-and-april-29-2019-stablecoin-not-stable-no.

Bottom line is that we need to recognize the lack of maturity of stablecoins while recognizing there is no single category. You should therefore challenge any analysis that treats stablecoin as one category and that they are a natural candidate to the evolution of the Future of Money. We would also recommend to consider stablecoins as part of the overall universe of tokens as discussed in the following report “Expand Your Token Universe to Create New Business Models“.

Christophe Uzureau is a Vice President at Gartner. He is a co-author of a new book: The Real Business of Blockchain: How Leaders Can Create Value In A New Digital Age.