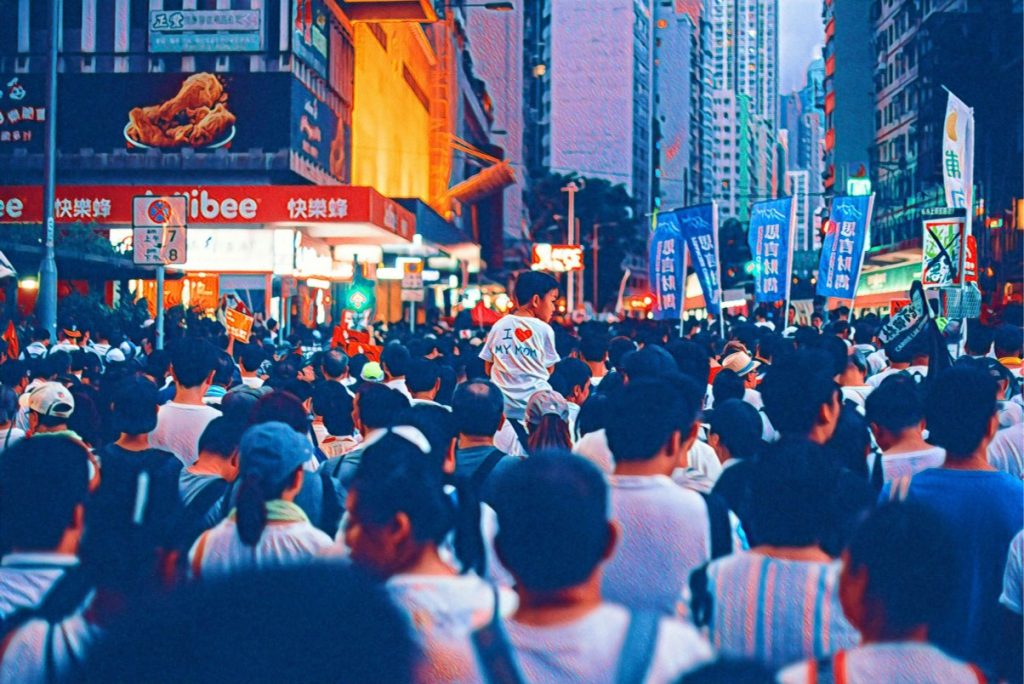 If you’re the NBA, Vans or the creators of South Park, this week has been a serious test of your brand values.

In case you missed it, on Sunday Houston Rockets general manager Daryl Morey tweeted his support for the pro-democracy protests taking place in Hong Kong.

Immediately the NBA tried to patch things up stating that Morey’s views “have deeply offended many of our friends and fans in China, which is regrettable.” Morey then issued his own apology tweet and was joined by a chorus of other NBA supporters and apologists that included players, coaches and others. The NBA pulled out the stops to assure China that they felt the statements of support for protesters were offensive and regrettable. Of course, no surprise the Chinese government wants to put the clamps on any support for the protesters, but it has been surprising to many how the NBA was so quick to throw one of their own under the bus for supporting the protesters and then racing to support the Chinese government.

Siding against protesters fighting for independence and democracy doesn’t feel like the position you would expect from a league that has in the past positioned itself as a “League That Encourages Political Activism.” Brandon Tensley at CNN has a nice piece with additional context and insight on the history of the league and it’s activism. Regardless of your point of view, the situation in Hong Kong is shining a light on the real values of the NBA.

The NBA isn’t the only brand being sucked into the vortex of the protests in Hong Kong. Vans has come under fire for removing what they believed to be a controversial design submitted from their annual shoe-design competition. The design in question contained the flower symbol of Hong Kong as well as images of protesters with gas masks and goggles. Social media lit up immediately with calls for boycotts and plenty of less than flattering comments about the company. The Vans Facebook page contains this statement in response to the situation: “We have never taken a political position and therefore review designs to ensure they are in line with our company’s long-held values of respect and tolerance, as well as with our clearly communicated guidelines for this competition.”

Similar to the NBA response, this recoiling from something edgy feels out of character for the Vans brand. A company built on skateboard culture and the adjacent sports, art and music doesn’t feel like a company that would proactively remove anything just because it might be upsetting to government officials. The skate culture I grew up around may have actually enjoyed a little friendly poking at the government. Today, Vans is a long, long way from 1966 and their little shop in Anaheim, CA. Business leaders at Vans are certainly doing the math on Chinese sales as well as potentially dealing with Chinese supply chain dependencies and a host of other factors. The stakes are high and the corporate calculus is complex. But, for some brands, the response to issues in China is a little easier.

South Park creators Matt Stone and Trey Parker have essentially had their show expunged from the Chinese Internet. South Park has never exactly shied away from offending anyone, choosing instead to just generally offend everyone. Their episode “Band in China” is based on how Hollywood shapes content to avoid Chinese government censors. The show must have been a big hit with those censors. The band episode and no holds barred style of the show has led to virtually all mention or reference to the show being deleted in China. In contrast to how others have responded to their Chinese conflicts, the South Park team had a very South Park response on Twitter.

“OFFICIAL APOLOGY TO CHINA FROM TREY PARKER AND MATT STONE” Like the NBA, we welcome the Chinese censors into our homes and into our hearts. We too love money more than freedom and democracy. Xi doesn’t look like Winnie the Pooh at all. Tune into our 300th episode this Wednesday at 10! Long live the Great Communist Party of China. May this autumn’s sorghum harvest be bountiful. We good now China?”

How would your brand respond to questions about your support, or lack of support, for protesters in Hong Kong? Could you respond honestly, whatever that may mean? Is your business dependent on remaining in the good graces of the Chinese? What’s the value of your values?

A Reckoning for Brand Values

Innovation In the Dirt

The Polar-ized Life of the Cocaine Santa Sweater

Discover how to accelerate traditional processes to recognize the optimal...

Learn how innovative pharma brands optimize all aspects of their...