Remember the Android mobile device platform circa 2008? That was Google’s open source masterstroke. Backed by the Open Handset Alliance, it was set to commoditize the mobile operating system market and break down barriers between the mobile internet and their search-based advertising business.

Fast forward to 2010. Now we have the Android mobile device platform – lightning rod for patent infringement actions. This is Google’s open source miscalculation. It’s putting members of the Open Handset Alliance into a patent infringement purgatory, while showing to one and all the limitations of using open source software as a tool to commoditize your competitors’ business. 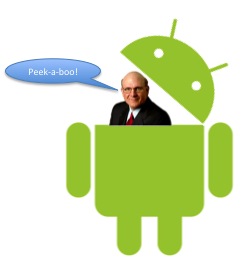 Now, before all you anti-patent advocates get worked up let’s just me just say your concerns are duly noted. But so long as software patents exist they need to be factored into the planning process for new open source projects. Particularly when their impact will be highly disruptive to well-established players. That, by the looks of things, simply didn’t happen with Android. So what…did everyone contributing to Android just forget to check? Maybe everyone thought is was someone else’s responsibility. Or could it be that everyone involved with Android just didn’t think patent infringement was going to be an issue this time around? It’s got to be something because there was enough collective knowledge in that group to recognize that the mobile device space was covered by a maze of patents.

As I see it, I don’t think HTC’s patent problems with Android can be understated. I think it puts a serious crimp in Android’s game plan and, by extension, will force a massive, industry-wide rethink on how to use open source strategically.

What’s important to note here is that neither Apple or Microsoft has gone after Google, the center of gravity for the Android project. They’re going after the organizations using it – the manufacturers. Last week GigaOM posted some interesting insights into the Android’s fragmentation problem. The patent issues are only going to exacerbate this. Each manufacturer will have their own strategy to deal with the patent claims of other organizations as they each have their own patent portfolios (or lack thereof) to base those decisions on. By necessity then, Microsoft and Apple’s approach with Motorola will probably be very different.

The net result isn’t pretty. Google may be the centralizing agent for Android code development but IP risk assessment ends up being distributed and duplicated across the entire handset alliance. That means further problems for unified adoption because some manufacturers will likely be more exposed to potential infringement actions or licensing agreements. On the other hand, there’s an increased chance of manufacturer-specific Android forks emerging from those that have patents they wish to exploit in their own Android handsets. While this type of project diversity is generally welcomed in the open source world, it will only undermine Android as a viable development platform. And that outcome ultimately hurts everyone involved in the handset alliance.

The solution, of course, is to centralize IP risk assessment and IP risk mitigation. And that is the open source rethink I’m referring to. The community model for all future open source projects of any note can no longer be focused strictly on code development. From here on out it must also include IP management. That means patent assessors will need to join the ranks of code committers. Prior art detectives will be as valued as code contributors. Patent pools will need to be bound to projects and shared indemnification systems will need to be devised.

That begs a particular question. If one organization insists on playing a dominant role in a project’s community how much of the responsibility for overseeing these IP issues falls on them? And that throws the spotlight for this whole situation right back on Google. What, if anything, is Google doing to assess the patent rights of others through their ongoing development process? If something is being done then why doesn’t there appear to be an indemnification system in place – even if it’s limited in nature? Is Google filing new patents connected to their Android development? If so, will they be pooled into a patent commons?

Google has chosen silence on this entire matter so it’s impossible to know what they’re thinking or planning. For everyone’s sake I sure hope there’s something cooking because this issue isn’t going to stop with Android. It’s now looking like there will be similar problems for Google’s VP8 codec. A lot of the good work Google has done in pushing open source will start to unravel if they’re seen as throwing the rest of the community to the lions while passively watching them get devoured.

The IT Industry’s 95% Problem