Move over metaverse and step aside NFTs, the latest trend in the retail industry is retail media networks. Retail media networks have been around for years, but many retailers are just now launching their own digital network or upgrading the sophistication of their offerings.

Albertsons introduced their own in-house self-serve ad platform for their Albertsons Media Collective network in November 2021. Earlier this month, the grocer announced partnerships with Pacvue and The Trade Desk to expand access to on-site advertising for agencies and brands. In May, Ulta Beauty launched its retail media network, UB Media, that offers brand partners multiple ways to reach the beauty retailer’s 37 million loyal members. Dollar General debuted an upgraded version of their Dollar General Media Network (DGMN) in June through a partnership with several companies, including Google and The Trade Desk. Many other retailers are expected to launch or expand their media capabilities before the end of the year.

It’s easy to see why so many other retailers are launching or investing in their own advertising networks. Retailers are drawn to the high profit margins and additional revenue that media networks provide. Amazon has grown their advertising business to over $31 billion in revenue in 2021. The e-commerce giant captures the majority of retail media ad dollars from brands. Amazon Advertising is now the third largest total ad network after Google and Facebook. Amazon Advertising dominates the retail media market, but other retailers are beginning to grab a share of the market. Walmart Connect and Target Roundel are the next most popular retail ad networks for CPG brands to advertise on according to Gartner’s 2022 Consumer Packaged Goods Digital IQ. 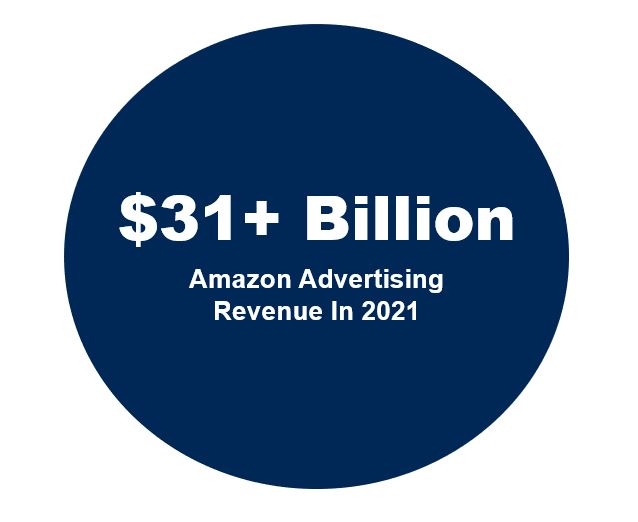 Brands that advertise on retailer’s media networks have had mixed reactions to the growth of retail media. Many retailers offer sponsored search results that blend into organic results with nothing but a small  “sponsored” mark distinguishing them as ads. These subtle search ads have high engagement since many shoppers don’t even realize they are advertising. However, mistargeting these sponsored listings and having a high ad load can impact the consumer experience and drive shoppers to other retailers. Organic search listings are increasingly buried by sponsored listings in a way that mirrors the evolution of Google’s search engine marketing supplanting organic listings. Even recognizable brands are having to allocate more budget to retail media to stay visible to shoppers.

The Power of First-Party Data For Retailers

Recent data privacy changes have made retail media more appealing for brands. Other advertising channels like social media have become less effective due to privacy changes like Apple’s App Tracking Transparency (ATT) which limited ad attribution and targeting capabilities. Retail media networks are not severely impacted by privacy changes like the ATT. Retailers have exclusive access to first-party data that brands can’t get anywhere else. Brands can target in-market shoppers in a highly effective way with retail media that provides an unmatched return on investment with sophisticated attribution for many product categories.

A Brand Home Brings A Brand To Life