The Magic Quadrant for Infrastructure as a Service has been one of Gartner’s most widely read and often cited piece of published research.  With the tremendous interest in Cloud Computing, the rapid pace of technical change in cloud and associated technologies, and thrilling market moves that would make a chess Grandmaster blush, the IaaS MQ has been a must read.  But, it isn’t being published in 2020… 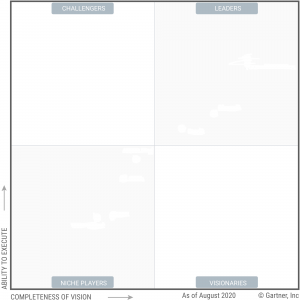 Whaaat? Why Not?  Because we’ve made such substantial improvements and expanded coverage to the topic, that we relaunched it with a strategic name change.  As the lines between IaaS and PaaS have continued to blur, and with investments in the BILLIONS of dollars making the hyperscale cloud battle increasingly difficult to compete in, we not only have followed the market, but anticipated its trajectory by combining IaaS and PaaS elements together into the Magic Quadrant for Cloud and Infrastructure Platform Services, or “CIPS” for short. With literally thousands of “Cloud” inquiries across Gartner every year, we’ve observed that the technologies and offerings clients want to know about (and adopt!) have far outstripped the simple “Compute/Networking/Storage mantra that IaaS describes. Under the calm but steady hand of super-analyst Raj Bala, we embarked on an ambitious journey to start with a clean slate and design an MQ to answer the questions that clients are really asking.

As a complement to the MQ, the newly launched “Critical Capabilities for CIPS” steered by guru analyst Dennis Smith takes a quantitative look at 7 use cases commonly cited for CIPS offerings.  These include the use of CIPS offerings to support Cloud-native applications, Lift and shift scenarios, Enterprise Transformation, Analytics, Hybrid Cloud for Hybrid IT scenarios, Hybrid Cloud featuring Hyperscale offerings of “Cloud on premise”, and CIPS in support of Edge Computing.

We invite you to take a look and learn more about the evolving world of CIPS!

Determining What Goes Where in Hybrid IT – There’s an App (tool) For That!

Can an older Data Center become a strategic asset rather than a liability?