Limiting global warming to 1.5℃ is in the rear-view mirror. 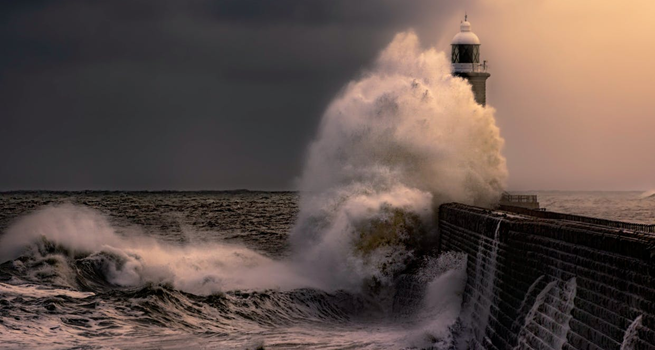 Experts are starting to say that achieving a 1.5℃ (above pre-industrial levels) warming target may not be achievable. According to the recently published World Energy Outlook by the International Energy Agency (IEA), global CO2 emissions in 2021 were 36.6 gigatons (Gt). This was an increase of 1.9 Gt over 2020, the largest increase ever. What does this mean for a warming planet? It means a 2.5℃ warmer world by 2100. This is significantly off the Paris Agreement of 1.5℃, and “would not be enough to avoid severe impacts from a warming planet.”

According to the World Meteorological Organization, there is a 48% chance that the global average temperature will reach 1.5℃ higher than pre-industrial levels in at least one of the next five years. Change is coming quicker than we might want to believe, not in a far-off future.

It’s Sooner Than You Think

By now you should be asking yourself what’s the point to all this?

First: Companies need to continue to invest in their sustainability efforts for the long-term health of their business, but this course is coming under threat due to economic uncertainties. In recently published research from Gartner’s finance practice, we find that during an economic downturn CEOs and CFOs would cut investments in sustainability, and it’s at the top of the list. 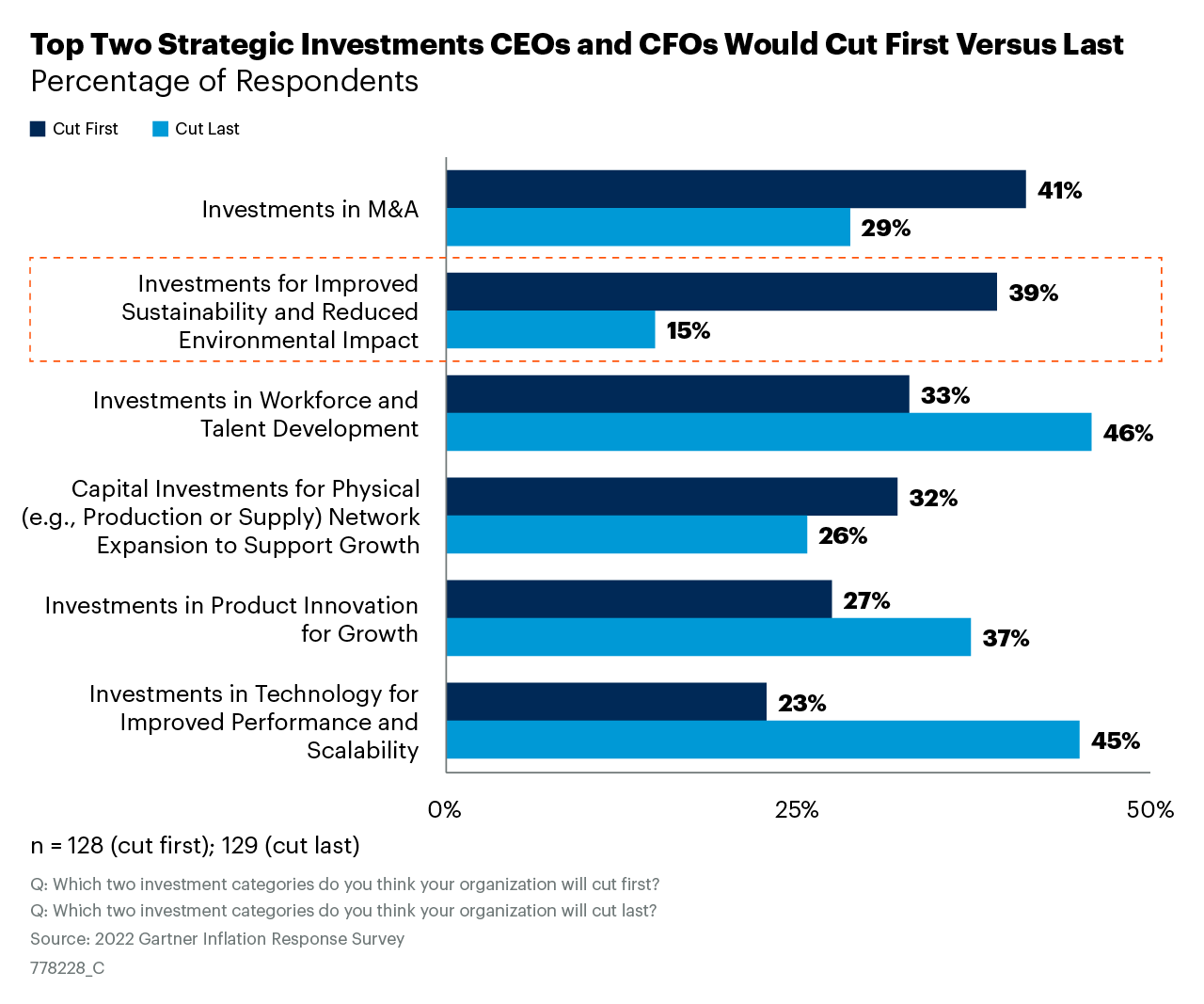 Second: In a recent Gartner survey 11% said that climate change is not considered a future risk. While 44% say that they are only generally aware of potential risks. Both data points are alarming, but even more so for the 11%. It’s time for supply chain leaders to accept that climate change will bring more uncertainty to their operations, their partners and suppliers. There won’t be short-term improvements on the impacts of climatic events; they need to adapt their supply chains to cope with reality, and the time is now. 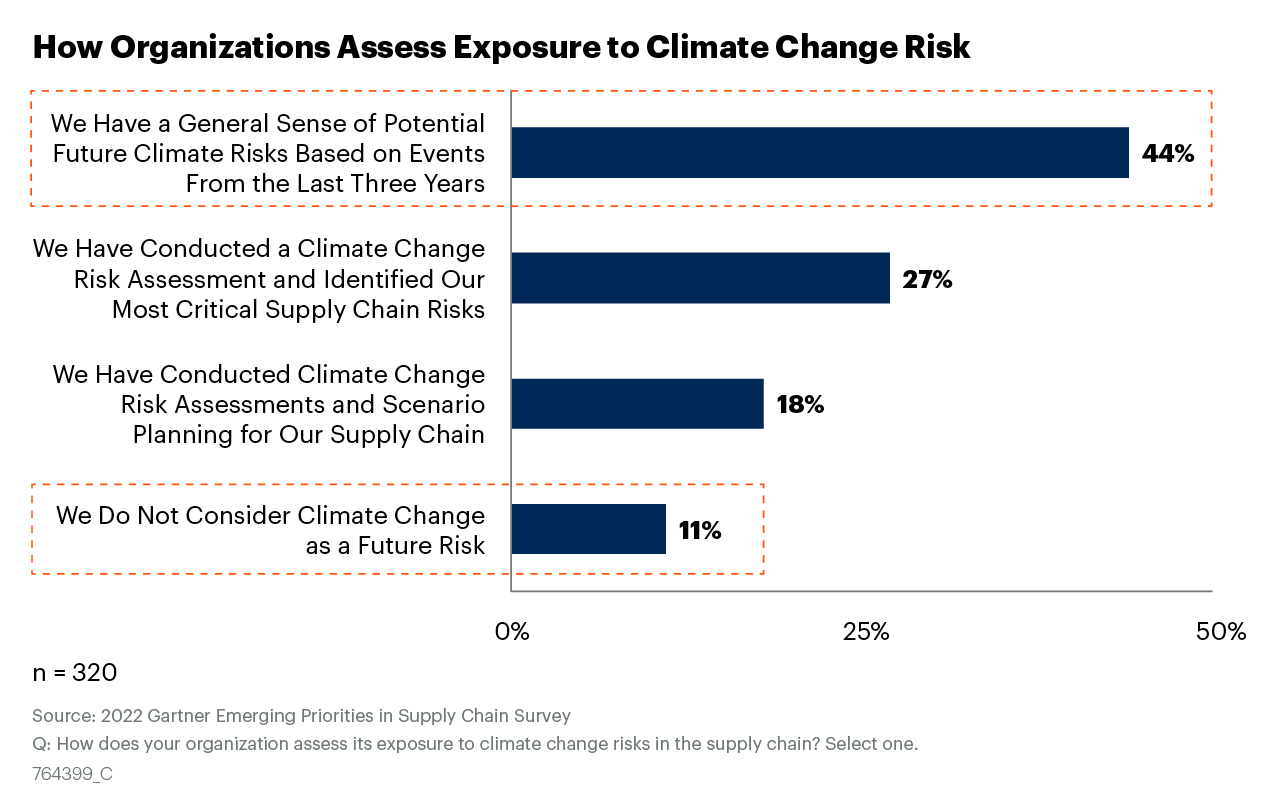 Investing in the Future

When it comes to making investments (or the lack thereof) clients tell us a key challenge is the inability for executives to link causes to benefits. Such as including design considerations for a new manufacturing plant that are more able to cope with climate change in the future.

One of these considerations is air conditioning. As the planet warms, areas that are considered temperate may be less so during the summer months and require increased or new capacity in order to keep people, machinery and products healthy.  Spending near-term is more effective than delaying. Kicking the can down an unpredictable climate road and waiting until things play out is a risky strategy.

Climate changes aren’t confined to our own operations; suppliers and customers are also impacted at varying degrees based on their locations. Even as we turn up efforts inside our own businesses, the rest of the supply chain will need to stay top of mind.

Consider the drought of 2022 and the impact on the supply network. Lower water levels in the Yangtze meant that hydroelectric power was affected, and shipping traffic was closed on certain sections of the river. Manufacturing operations were temporarily shut down, and deliveries of goods were delayed. The Mississippi river has been drastically impacted, as was the Rhine in Germany this summer. This leaves barge capacity significantly reduced or stuck in the mud waiting on rain.

Climate change can be perceived as a slower-moving problem, and this is a double-edged sword. We have a bit of time to make appropriate plans and begin implementation, but this also tends to delay decision making. Supply chain leaders will need to educate their colleagues and the C suite of the current and impending risks. They can leverage the experience gained during the height of the pandemic in communicating the challenges imposed on operations by outside and unpredictable forces and highlight supply chain’s ability to respond.

Where does all this leave us? With an urgent call to prepare supply chains for growing climatic impact, supply chain leaders cannot sit on the sidelines. Being content to watch the game being played out by others is not advisable. They must join their colleagues in not just mitigating their carbon footprints but defending against what is an increasingly serious threat to the business.

Supply Chain as a Partner for Growth

Congratulations to Pfizer, winner of the 2022 Supply Chain Award...