Last week, Meta (nee’ Facebook) set a record for which no company would ever aspire. It lost more market cap in one day — nearly a quarter trillion dollars — more than most public companies ever command in their lifetimes. Meta had announced that for the first time in its 18-year history, user growth stagnated.  Some proclaimed the results as “peak social media,” though the users in question are ones on its current portfolio of platforms. The vaunted Metaverse for which it recently rebranded itself is nowhere near a scaled reality, yet. 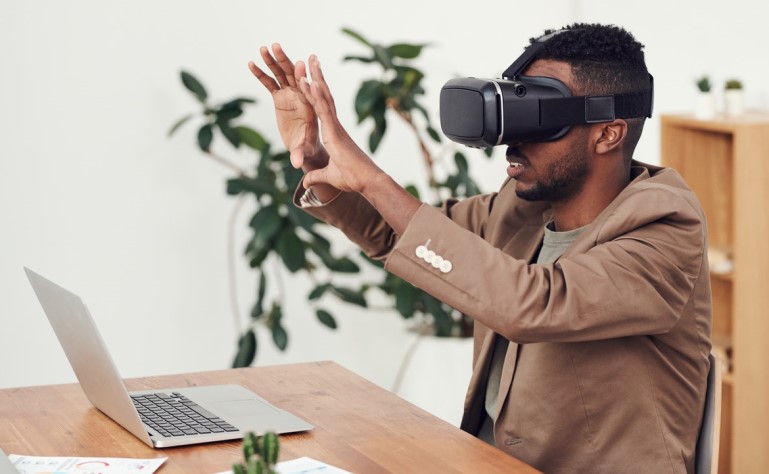 What is This Metaverse of Which You Speak?

The term is on many people’s lips, of late, but given it has a long way to climb on the Hype Cycle, it’s worth starting with a common definition. In a recent report, Gartner describes a Metaverse as, “a collective virtual open space, created by the convergence of virtually enhanced physical and digital reality. It is physically persistent and provides enhanced immersive experiences. It is expected that a Metaverse will provide persistent, decentralized, collaborative and interoperable opportunities and business models that will enable organizations to extend digital business.” Further, the Metaverse is not just avatar versions of real people roaming around in virtual space. A more expansive view includes these elements. 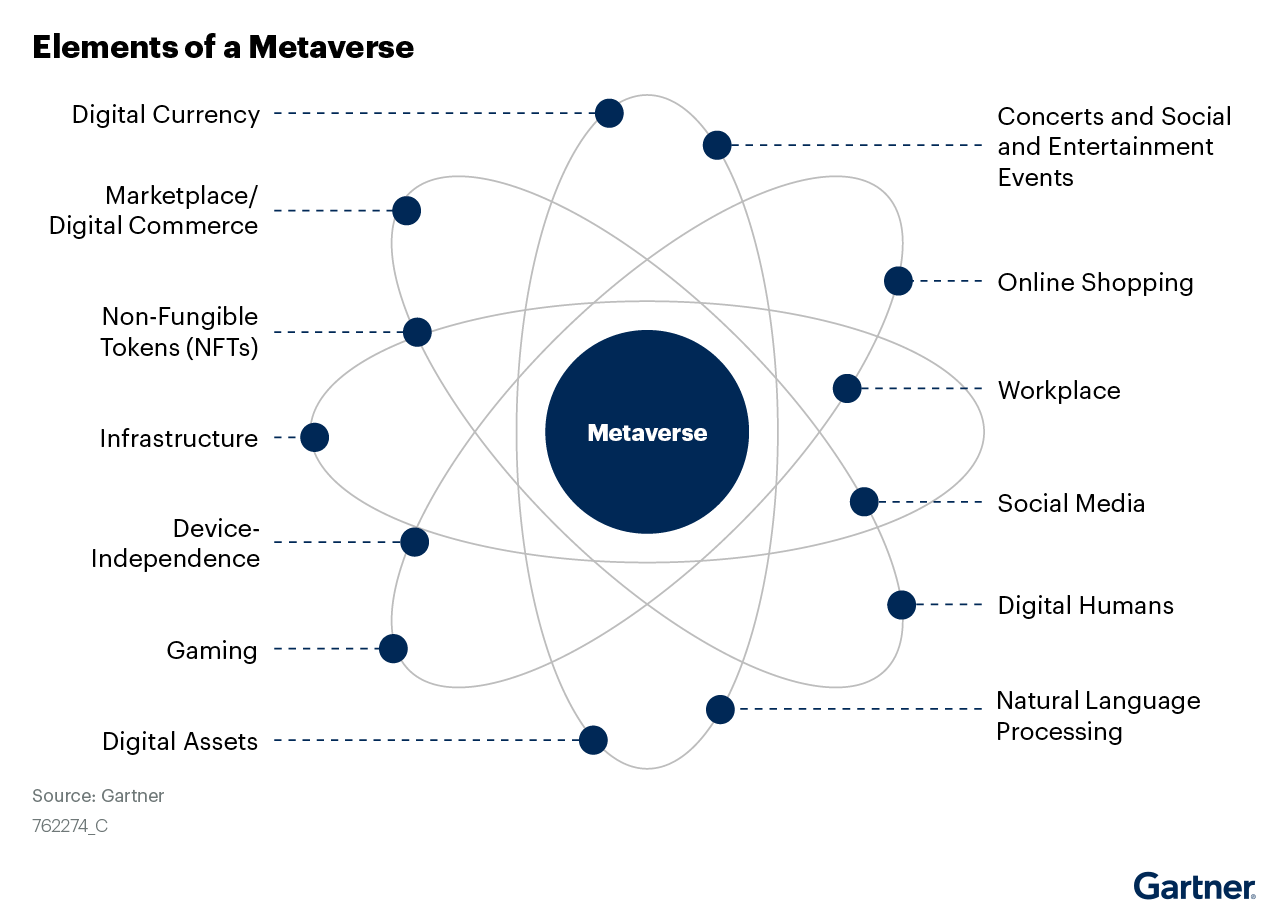 While the Metaverse might feel like the latest game changer pushed by Big Tech, amazingly the concept and term were coined three decades ago. If you’re into reading science fiction and prefer the niche genre of cyberpunk, you might have picked up Neal Stephenson’s book, “Snow Crash” (a personal favorite) back in 1992. Once tucked in, you’d find yourself almost immediately in the “Metaverse.” Yes, you read right, the Metaverse… in 1992. For historical perspective, Yahoo was founded in 1994, Facebook in 2004, and Decentraland in 2017.

There are also market precedents that point to the Metaverse becoming a big business. Consider that in 2020 the gaming industry was valued at $173 billion, and some pundits forecast it to grow to over $300 billion by 2026. Other entertainment industries such as music and movies are forecasted to grow to more than $60 billion and $40 billion, respectively, in that timeframe. The metaverse has potential applications in both consumer entertainment and business applications. With its current well-heeled backers, it seems to be quickly growing into a market with staying power.

You might be asking, “What’s this got to do with supply chain?” Gartner staked a position on the subject way back in 2007. An analyst referred to it as the 3D web or metaverse where “activities like meeting with business associates, identifying global supply chain bottlenecks, collaborating on product development, modeling and testing new business schemes, and conducting transactions, could soon be accomplished in far more intuitive, zero-training, video game-like 3D environments.”

There are some examples where this vision is becoming a supply chain reality. In 2020, PepsiCo built a virtual warehouse to support Lean Six Sigma training. The prototype was built by a team member’s 11-year-old son in Minecraft. The pilot was so successful that PepsiCo partnered with a boutique software company to build a “full virtual training world,” AKA a mini-Metaverse.

It is not too far of a stretch to consider remote workers plugged into the Metaverse controlling co-bots on factory or warehouse floors. Now imagine these virtual frontline workers being able to control multiple co-bots on the floor, ghosts in the machine that can simply move to where they are needed. In the Metaverse, every planner and logistician could have their own 360-degree control tower. Collaborative roles facing customers, suppliers and partners could be regularly conducted while collocated in the same virtual reality space.

On a cautionary note, we shouldn’t completely lose ourselves in this matrix and overlook the benefits of seeing our coworkers and partners in person. We’ll need to maintain balance as this new technology is constructed. 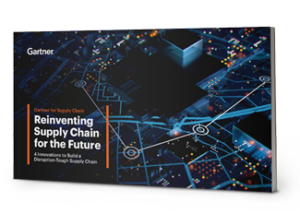