Ever see something for the first time and then realize you see it everywhere? That happened to me over the last two weeks. 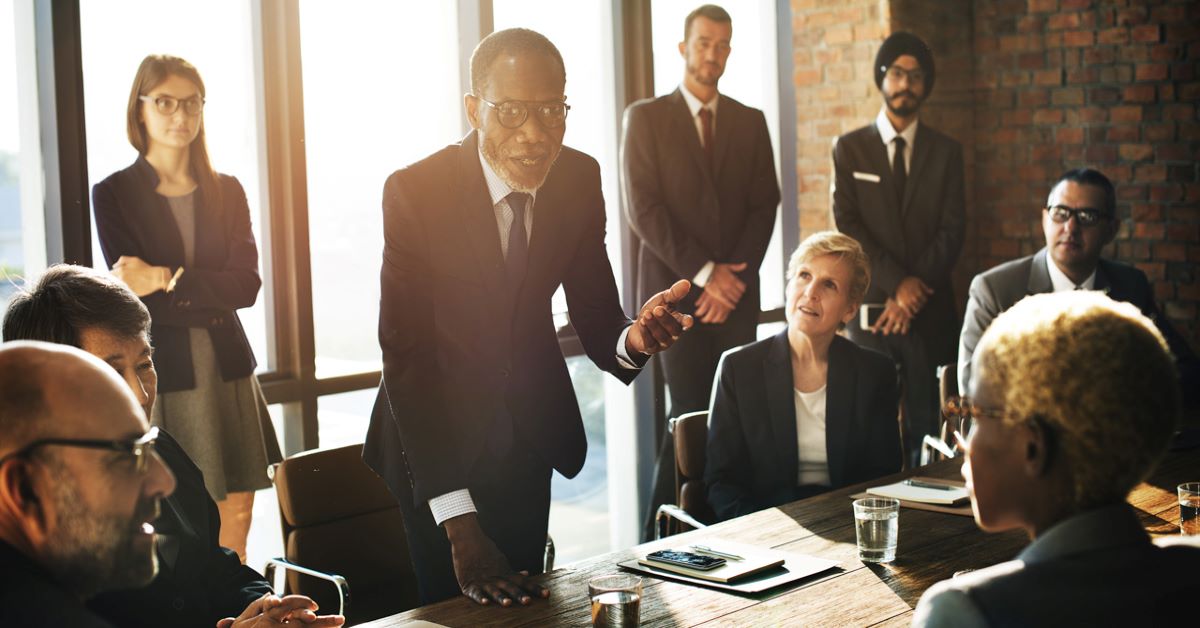 It started with the book, “The Boys in the Boat,” by Daniel James Brown. It’s about a group of working-class boys from the University of Washington that goes on to win the gold medal in the Berlin Olympics. The part that caught my attention — the boys showed glimpses of greatness through their individual athletic feats. However, they were at risk of never becoming the No. 1 boat because they were consistently beaten by other boats on their own school team. It wasn’t until they internalized that excelling individually but not in sync with each other restricted their overall speed. Once they began rowing, not for one’s self but for each other, the boat began to glide on top of the water like there was no resistance. At that point they were unbeatable.

Then came the Netflix series, “The Playbook.” This series highlights some of the most successful coaches in sports. The first episode features Doc Rivers, who led the Boston Celtics to the 2008 NBA championship. The team had acquired two star players to join one already on the roster. The problem Rivers faced was that he had three players that, on any other team, would expect to dominate the floor and excel with individual stats. Three players attempting to optimize individual performance on the same team would have had a disastrous result, just as the boys in the boat from Washington discovered. Coach Rivers introduced the concept of ubuntu.

Ubuntu is an African philosophy meaning “you are because of the others.” One succeeds not solely because of one’s individual ability. Rather, enabling others, and having relationships and bonds with others is more important than any individual disagreement or division. Doc Rivers used this philosophy to bring the individuals together on his team to create something greater than the sum of its parts, resulting in an NBA championship. On a much grander scale, Archbishop Desmond Tutu and Nelson Mandela preached the philosophy as a way forward to develop future governance and heal a post-apartheid South Africa.

I learned of Janteloven through a conversation with a business executive in Norway. Janteloven is a Scandinavian philosophy, a way of life that puts society ahead of the individual. This restricts the temptation to boast about individual accomplishments and teaches against being jealous of others. Interestingly, the topic didn’t come up because of a philosophical discussion. Instead, it emerged as part of designing a business improvement plan, including how much attention should be put on developing and highlighting individual advancement.

There are those who argue that these philosophies directly contradict the Western views of individualism and that societies embracing them are at a disadvantage. In this duality of individualism verses collectivism, the argument is that philosophies like ubuntu and janteloven destroy the individual spirit. I’d like to think that the 1936 U.S. crew team and the 2008 Boston Celtics proved just the opposite. They were highly talented, highly skilled individuals who found a ceiling when excelling as individuals. It wasn’t until they embraced the ideal of operating together for the betterment of the group that the ceiling rose exponentially. This is the challenge of leadership — harnessing the talents of individuals to row in unison while in a culture that rewards individually.

In late 2020, the Gartner HR practice launched the idea of “the new employment deal.” This concept centers around employees demanding a relationship with their employers that differs from the traditional barter system of productivity for payment. This new deal requires a shared purpose, flexibility and deeper connections between employer and employees.

It’s possible to see this relationship as benefiting employees at the expense of the employer, but this study found both enjoyed positive outcomes. Benefits to the employer included an increase in high-performing employees as well as a greater number of employees willing to promote the company externally. At organizations with a traditional approach, about 54% of employees were considered high performers. At organizations that prioritize building deeper connections, that number jumped to 75%. Also, in organizations with a traditional approach, only 38% of employees recommended the company externally. In those that built deeper connections, well over half of employees were willing to promote the company (see chart). These outcomes improved retention and give employers advantaged access to the best talent in the labor market. 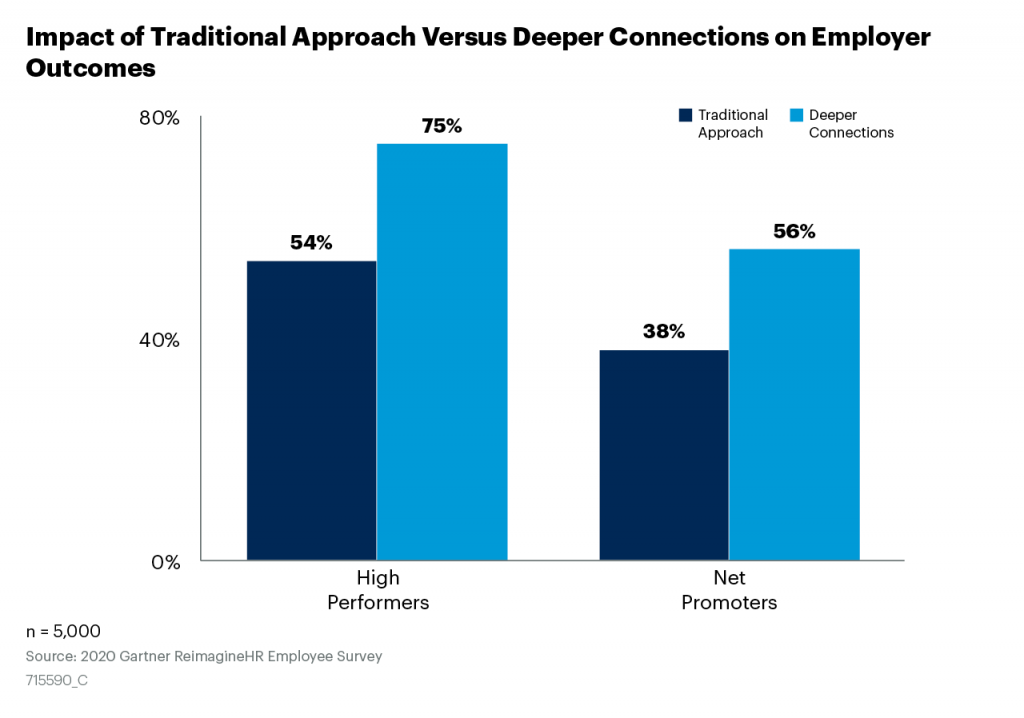 At the End of the Day

As business leaders, we act similarly to coaches of professional sports teams. We can learn from the 2008 Celtics and the 1936 U.S. Olympic crew team. By blending the Western focus on the individual with the philosophies of ubuntu and janteloven, we can build groups of highly talented individuals and elevate their performance as part of a team. We do this not by abandoning the individual, but by fostering a culture of enablement that allows the individual to showcase their talents in sync with the group, thereby raising the overall ceiling of success. Our task as leaders is to identify the roadblocks that prevent that from happening, whether it’s in compensation structure, management coaching or simply fear of corporate intimacy.

Grains of Sand Shape the Beach